The main reason I want a PDC course under my belt is that I can teach this stuff that I am living and breathing.  As a high school teacher I want to start moving to teaching people about this stuff.  With all this Corona crap going on a lot of people are waking up to more basic needs like growing food.  My wife and I have a little plant sale every year with garden veggie starts-heirloom tomatoes, herbs, medicinal perennial herbs, etc and it's amazing how many first time gardeners are out there this year asking a billion questions.  My wife and I see the potential of doing tours on the property.  "What to do with and 1.5 farm" We have been on the property for seven years and another year or two and it will be showcase ready for tours, workshops etc.  I want to have the PDC so I can tie it all together professionally.

I am a teacher at the high school level and involved in the ecoteam which is comprised of students and teachers who work on projects throughout the year.
Really it has turned into a gardening/greenhouse club.  Students are curious about growing things, it's great.

We are pairing with the local township to plant trees around the municipal ditches. Wondering if someone has something unique to suggest that is permaculture in nature.  Native species for sure but what else can be done?  The area is southern Ontario, zone 7b, near Detroit, tucked in the southern part of the Great Lakes.

Just putting it out there. 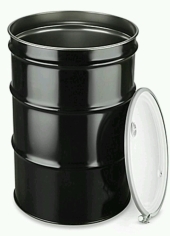 Heating Water with an Open Pot Method on the RMH-adding a half barrel on top
Thanks Thomas for the answers. So what would be the configuration of the steel pipe in the open pot, coiled like the copper or angular with 90 degree bends?

Price wise which one is going to be lower.  I have a plumbing relative that I am going to share this project with and compare pricing.

Now the wrapping of the coil around the barrel impedes the RMH performance or it's still too hot to be placed there?

Heating Water with an Open Pot Method on the RMH-adding a half barrel on top
What about wrapping copper coil around the drum? Upper third?  I have read for and against.  What diameter pipe works best?
show more
2 years ago
rocket mass heaters

Heating Water with an Open Pot Method on the RMH-adding a half barrel on top
Sorry I was just going off of what Erica W described here:

The other option I often suggest is an open pot or tank directly above the barrel, like the top position shown in your drawing - but with a large reservoir instead of pipes.
One of the other forum threads shows an Australian hot-water heater where they built the vertical insulated firebox and then suspended a whole (open) barrel above the fire. Then run the coil through this larger barrel. The large barrel can come to a complete boil (it's open to atmosphere) without damaging anything except maybe splashing the fire. The pressurized pipes running through the large hot water reservoir are protected from boiling as long as there is water in the big tank. It makes something like an on-demand heater, at a skill level that many DIYers (do it yourself-ers) could handle. I believe geoff lawton was involved with that design.

I would use the bottom half, fill it with water and have a copper coil in the water, which would be part of a closed system, to heat water in a 1000 litre liquid tote for an aquaponic system.

I also could circulate the heated water in other 55 gallon metal drums, with a pump, to create a heat battery in my greenhouse.

Does this make sense?

Is it too hot on top of the riser to put a copper coil right on the drum?  The top of my heat riser was glowing last night in the greenhouse, with constant feeding of pine 2x4 scraps. I thought it would be too hot to place the coil right on it.  If not, then forget the 1/2 barrel filled with water and the coil placed inside the water.

I just want assure people that I would never setup this system without the proper pressure release valves, a bit paranoid of that and Legionnaire's disease. Have to do a bit more research on that.