posted 3 years ago
Has anybody fixed a half drum to the top of the RMH heat riser, in order to heat water in an open pot method?

I am thinking about running some copper coils in the open pot to produce hot water for an aquaponic system.

I have the typical 8" rocket mass heater that I built last year which works very well, now the next step-Hot Water.

Having access to new 55 gallon drums with the removable lid with the heavy duty band, I was thinking I could attach a drum cut in half to the top of the heat riser with that strong band, so it is very secure.

What do people think?

This is the style of drum that I have access to.

Thank you for the answers. 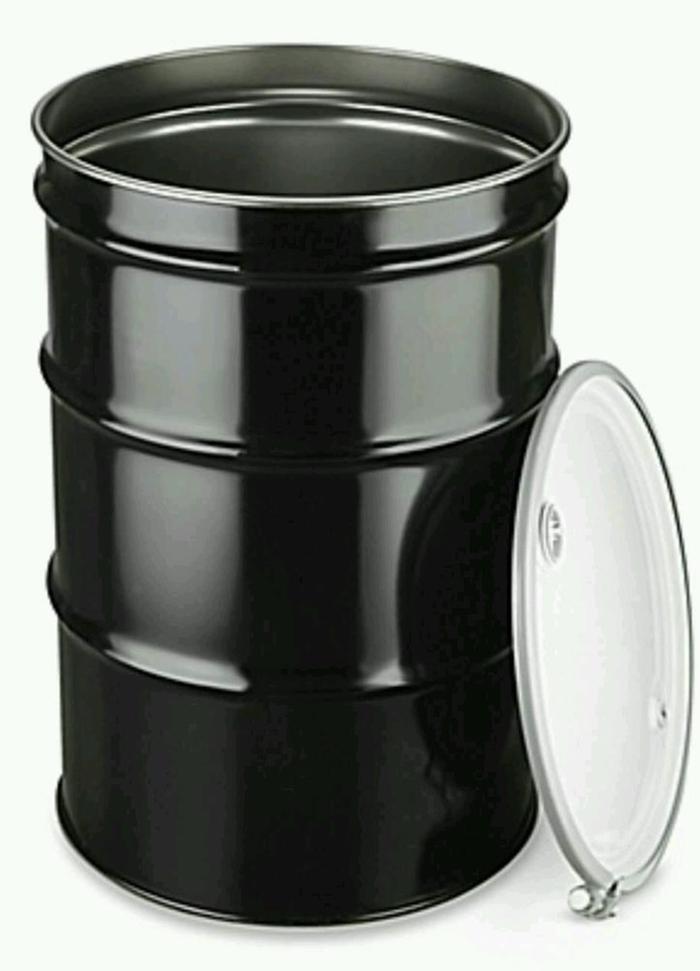 posted 3 years ago
So you cut the barrel in half, attach it with the ring to the top of your rmh barrel and then what ? Which 1/2 do you use .. the bottom?  Fill it with water ? Or have a coil of copper tube suspended over the hot air rising ?  We need more information.

posted 3 years ago
Sorry I was just going off of what Erica W described here:

The other option I often suggest is an open pot or tank directly above the barrel, like the top position shown in your drawing - but with a large reservoir instead of pipes.
One of the other forum threads shows an Australian hot-water heater where they built the vertical insulated firebox and then suspended a whole (open) barrel above the fire. Then run the coil through this larger barrel. The large barrel can come to a complete boil (it's open to atmosphere) without damaging anything except maybe splashing the fire. The pressurized pipes running through the large hot water reservoir are protected from boiling as long as there is water in the big tank. It makes something like an on-demand heater, at a skill level that many DIYers (do it yourself-ers) could handle. I believe geoff lawton was involved with that design.

I would use the bottom half, fill it with water and have a copper coil in the water, which would be part of a closed system, to heat water in a 1000 litre liquid tote for an aquaponic system.

I also could circulate the heated water in other 55 gallon metal drums, with a pump, to create a heat battery in my greenhouse.

Does this make sense?

Is it too hot on top of the riser to put a copper coil right on the drum?  The top of my heat riser was glowing last night in the greenhouse, with constant feeding of pine 2x4 scraps. I thought it would be too hot to place the coil right on it.  If not, then forget the 1/2 barrel filled with water and the coil placed inside the water.

I just want assure people that I would never setup this system without the proper pressure release valves, a bit paranoid of that and Legionnaire's disease. Have to do a bit more research on that.

posted 3 years ago
Definitely too hot to place coils directly on the drum.  In an open pot of water would be fine as long as the open pot doesn't get low.  Erica mentioned suspending a barrel with water over the rmh barrel ,  not sure if bolting it tight would be a good idea or not. Seems like suspended above a few inches might be better.

posted 3 years ago
What about wrapping copper coil around the drum? Upper third?  I have read for and against.  What diameter pipe works best?
thomas rubino
Rocket Scientist

posted 3 years ago
Thanks Thomas for the answers. So what would be the configuration of the steel pipe in the open pot, coiled like the copper or angular with 90 degree bends?

Price wise which one is going to be lower.  I have a plumbing relative that I am going to share this project with and compare pricing.

Now the wrapping of the coil around the barrel impedes the RMH performance or it's still too hot to be placed there?

posted 3 years ago
Too hot, you would get steam. You know now that I think about it ... that seems like a lot of plumbing parts to go with 90's. I wonder about hot water tank flex pipe, maybe several joined together to get the most you can under hot water.