Merit Badge profile
Adherent to the Cultus PEPicus! For the Emperor!

Bamboo Going to Seed and Dying

T S Rodriguez wrote:Hi everyone,
I am growing a few groves of bamboo. Yellow and Rubro. I want to get some Bissetti sometime, but none yet. So far so good, everything is growing well, and feeding animals in the winter, according to plan.

However, bamboo is known to go to seed periodically. Nobody seems to know when exactly, and when it goes to seed, it dies. The whole grove dies. This can be devastating to communities that are based around bamboo, which would include my small livestock plans. So far my bamboo is fine, and I have never met anyone who had a grove go to seed. I am wondering if anyone has ever experienced this, and how long it took the new seeds to re-establish themselves, or any species that are immune to this cycle.

I am hoping to get at least three species established here, in the hopes that if one goes to seed, I can keep the others, etc. Are there other strategies or ideas out there for mitigating this?

Here is an article about it.
https://www.amusingplanet.com/2015/09/the-mysterious-phenomenon-of-bamboo.html

I saw this and my first thought was about diversity for animal feedstock, second was if you had considered other sources of fodder? We are in northern Missouri and just planted 225 fodder trees, white mulberries, hybrid poplars and hybrid willows. Maybe set aside an area to grow some of those species for fodder with coppicing? Nick Ferguson said that some pigs can get up to 90+% of their feed from mulberry trees alone (and he likes the breed we are getting next month-Idaho Pasture Pigs!) Other animals also seem to like those varieties as they are high in protein.

This fall, the kids and I will be collecting all the hedge apples we can and freezing them to plant hedge rows next spring. Hedge also is high in protein… but, after reading this thread on bamboo I am thinking maybe we should grow some of that too, for diversity!

Just wanted to offer a possible solution for feeding animals. I don’t know much about bamboo yet, but with 31 acres I have some room to play around…
show more
3 days ago
plants
Great Pyr pups available near Kansas City

Michele Holmes wrote:Hello, I just joined this group and saw your post. Are the puppies still available?

He has two pups left, one male and one female, they will be 17 weeks old on Monday 6/16/22. I will PM you his number, he said please call and leave a message if he doesn’t hear it ring. He said they have learned a lot from mom, and are barking at critters which don’t belong. (He has goats, chickens, ducks and more… and they don’t bother his animals.)
show more
1 month ago
midwest usa

list of early bird goodies for rmh jamboree movie kickstarter
Just backed it and said 7 backers beat me to it! LOL
show more
1 month ago
crowdfunding

Devious Experiments with a Truly Passive Greenhouse - Part 2: Build (1 hour and 49 minutes)
What a fun movie to watch, especially Josiah in action climbing around and beating down the spikes. If something like this had been around when I was young and had few demands on my time I would have loved to be able to come out and spend more time at Wheaton Labs and be able to help with stuff like this. These days, kinda living vicariously through the boots and doing what I can, when I can, on our land. :)

BTW, I really got a kick out of the three cats riding on the hood of the Kubota… mine flee when I fire the tractor up!
show more
1 month ago
paul wheaton 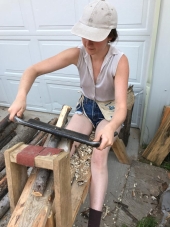 Malek Beitinjan wrote:I have once again made a stool, and it's much larger this time. Several folks have mentioned that these stools tend to crack as they dry, so I used a very large hunk of log for the seat. It's very sturdy, thanks to the weight.

I certify this BB as being complete! 4/27/2022
show more
2 months ago
pep round wood woodworking 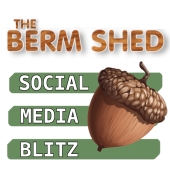 Have feedback about this blitz?  Was it awesome?  Was it horrible?  Do you have ideas that would have made it more awesome, or less horrible?  We sincerely want to know.  Post a comment with your thoughts!

I enjoyed the blitz and would like to see and participate in more in the future.
show more
2 months ago
wheaton laboratories

Then people can set up affiliate codes for the permies.com side of the project to share it around the world.  The hard-as-hell part would be collecting the data needed to fulfill the non-kickstarter backers when it's all said and done.

I’d rather support through permies than Kickstarter, and deny them a cut if possible. They don’t represent me in many things. Maybe when the KS campaign launches and the early bird email goes out, set up a thread on here for pledges and levels. When the KS campaign is over, pledges could be sent through PayPal or even better the Strike app. Strike would be cheaper and could pay in dollars or Bitcoin, so more would actually make it to Paul and not some other company I don’t care about. A purple mooseage would work for sending email and street address for physical rewards…

Thoughts? Would like Paul to get the best percentage possible!
show more
2 months ago
crowdfunding

paul wheaton wrote:Not many people buy DVDs these days.  And it used to be that I would have to buy a minimum of a thousand to get "the right kind."

Instead, I hope to, in time, set stuff up so that somebody will offer the movie on a DVD after it is all done.  So you might get it later than everybody else, but you would get it as a physical dvd.  I think.


Good point, I just got the World Domination Gardening set on DVD, but I’m an oddball and not afraid to admit it!

Maybe instead of DVDs, a thumb drive could be offered for an extra amount? I’m not a big fan of downloads or streaming personally due to at times having limited/slow bandwidth.
show more
2 months ago
crowdfunding

Do I really need batteries for a solar energy system?
What an enjoyable discussion. We are about to break ground (yes in these interesting times!) on an ICF house. We bought 31 acres last summer, and while I wanted an Oehler style/wofati house, the wife wanted something more conventional looking but still very efficient.

I’d like to get ideas from those with experience living off grid on maybe combinations of some of the systems mentioned in this thread. I am going to try and cash flow the building, so will be starting with clearing a pad and mounding the topsoil for later use, pouring the footers and insulating well under the slab (in Northern MO, zone 5b), pouring ICF walls and putting on a metal roof 6/12 pitch plus windows and doors. Oh, and we’ll be putting in the tubing for a radiant floor if we choose to go that route, for a 1 story house about 40x44. Wife wants 1 bathroom working and the kitchen, then need to stop and save some more money… she said a RMH in the great room sounds great. No A/C is planned on but an attic fan.

The quotes for a possible PV system with batteries were about $30k for the 30ish year, no maintenance LiFePo4 batteries. Parts only so we install it all…

Are these smaller NiFe systems for lights workable for just all the house lights if LED? Charge/run other appliances during the day along with a more modest power bank? What else should I maybe consider? Wood heat from an RMH, NiFe system for lights, propane refrigerator or freezer(s)? As carnivores we prefer plenty of freezer space, even with raising our own animals.

The batteries seem to be about half the cost of the system these days, so if we could cut those costs down that would help a lot! Thanks for ideas.

building a kickstarter - rocket mass heater jamboree movie
Are there plans at any level for hard copy DVDs? Maybe I missed seeing them mentioned, but I am willing to pay more for physical DVDs, or support at a higher level, something along those lines. I’ll be supporting no matter what, but just my two centavos!
show more
2 months ago
crowdfunding