Get Free Blueberry Plants from Existing Bushes!
I looked at my blueberry plant and I didn’t want to risk harming it because it’s nowhere near as tall as the one in the video.

Today I’ve tried my usual method to see if it’ll work: put a cutting in potting mix, protect with a PVC pipe topped with a plastic cup to keep in moisture, and water daily. We’ll see if it works.
show more
2 months ago
berries

Christmas and Jesus. I say Merry Christmas, not happy holidays.
‘Easter’ is very clearly an ancient spring festival that permeates all the major religions of the Middle East, just under a different story with a similar meaning of a ‘new beginning’. It’s no coincidence, and what’s interesting is that this is the most important time for all three monotheist religions. Here are the dates for 2020:

All have their own greeting but all spring from the same origin.
show more
2 months ago
religion and spirituality

Non toxic baking gear?
From what I’ve read there’s nothing toxic about aluminium for cooking or baking.
show more
2 months ago
gear
What's the difference between Internships, Apprenticeships, Work Exchange, Volunteering & WWOOFing?
I don’t know why there’s even a wwoofing category here. People go onto the actual wwoofing websites to find a wwoof host or volunteer; if not it seems they’re either being a penny-pincher to avoid the small membership fee or are trying avoid accountability. Wwoofing is a paid service but anyone can view the many host profiles for free.

When I view the international wwoofing pages I get so excited, easily able to plan out 15 years of my life on the back of a napkin by writing the farms I’d love to stay with in very many countries. The Permies forum is very quiet in comparison, and almost entirely American-focused.
show more
2 months ago
volunteer offerings

Christmas and Jesus. I say Merry Christmas, not happy holidays.

Mick Fisch wrote:Would it make sense to say, 'well, your culture says that you can beat your wife, so I guess we need to allow that, but we'll throw this other guy in jail for beating his'.  No matter how much you loosen up the rules, there will always be someone standing on the outside yelling, "Hey my behavior is only a little worse, I should be accepted also."  The logical endpoint of that is that everything including mass murder and caniballism is accepted.  You're probably thinking "Oh, that would never happen, cause I know right where the rule should go."  Well, I am seeing things now that 40 or 50 years ago would have been inconceivable.  Just cause you get accepted doesn't mean the next guy is going to stop pushing for his acceptance, and the next, and the next.  There will always be people who push the edge and people who go way out of bounds.  Society, as a group of people, has a right to protect itself.  In a democratic republic, the majority generally gets to make the rules.

I remember reading how in Norway some place held a childrens’ multicultural soccer match to celebrate multiculturalism. When the boys of a certain culture learnt that there’d be- shock horror- girls included, they refused to play until all girls were removed. Boys and girls playing sport together offended their cultural and religious sensibilities. The aboriginal Norwegians refused segregation, and the soccer match was cancelled as a result.
show more
2 months ago
religion and spirituality
Scammer Hosts
Be very careful wwoofing on Mfangano Island, Kenya.

I got scammed there years ago, and noticed there are many wwoofing hosts on Mfangano now. A bit strange for such a small, impoverished community where even internet is very hard to access there. But my host advertised on wwoofing and other sites too. Here’s a summary of what I experienced myself or witnessed:

1. Host asks for money, because they’re poor. Wwoof hosts aren’t supposed to be paid though.

2. Things get stolen from your locked room during the day while you’re out doing your volunteer work. Host has key to your room but says he has no idea how someone could get in. Maybe you’re just imagining that your stuff is gradually going missing?

3. Host needs money for something urgent, but will have to travel very far to reach a bank. He asks to ‘borrow’ some money, but you’ll never see that money again.

5. Host invites volunteer to buy land in this paradise. Local land laws mean foreigners can’t buy land, so the land will be in your host’s name. You’re now at their mercy because they now have your mo way and full legal rights to the land. Sounds stupid but I met some westerners who had actually ‘bought’ land on Mfangano based on a handshake.

People often feel guilty about writing a negative review of a host. There are still good experiences along the way. I never wrote about this until now, and it happened to me a decade ago.
show more
2 months ago
volunteering

Christmas and Jesus. I say Merry Christmas, not happy holidays.

Ryan Hobbs wrote:Yup. Speaking of which, I'm planning to start saying Blessed Solstice to people since many of the holidays land on or near the Winter Solstice. It's a little more understanding without being Hyperinclusive. Most cultures around the world celebrate the Winter Solstice. Hopefully, it will be a bridge for people of different faiths.

Oh dear. What about us Southern Hemispherians who are celebrating the Summer Solstice during that time? We feel left out by your ‘Winter Solstice’ remarks. The most offended among us Southern Hemispherians are those of us who choose to go live in the northern hemisphere and have to hear references to ‘winter’ in December. We’ll welcome your winter references and greetings if made in June, July or August of course, and will commend you for your inclusiveness.

We especially commend you for using the hemispherically neutral greeting of ‘Blessed Solstice’. Please omit any reference to winter when making it.

Self-appointed representative of the Southern Hemisphere League of the North.
show more
2 months ago
religion and spirituality
Summer leaves turning yellow & falling after mulching with fresh wood chips
A few weeks ago I mulched heavily with fresh arborist wood chips. I’ve seen on tv that using freshly chopped wood as mulch can cause yellowing if leaves. Some of my leaves are falling off too.

I’m wondering if this is something that is able to kill the trees and plants, or if it’s just a temporary problem that will fix itself as the mulch slowly breaks down? It’s the start of summer here and it’s weird seeing roses and a mulberry tree losing all their leaves.
show more
2 months ago
mulch 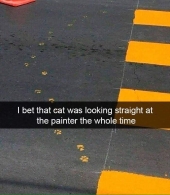 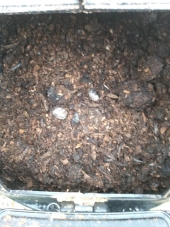 Can you make decent compost in these plastic bins?
An average compost bin is fine for the average person. People will get good enough compost eventually using everyday household items. For many people it’s more about preventing their scraps going to landfill thAm about creating high volumes of the end product. For serious gardeners, they’re going to put in more effort anyway and will get compost fast by turning it over regularly. My compost bin with no air holes gets hotter than an aerated one, and so long as it’s turned over now and then it doesn’t become anaerobic.
show more
2 months ago
composting