Would you bet your $90,000 in cash all goes as planned?
Yeah, that doesn't pass the smell test, IMO - I'd tell that builder to go pound sand. Unfortunately, this seems to be a growing problem in the building industry. Reputable builders are in short supply and clients who have 'deep-pockets' are going to take precidence. This is probably their way of weeding out the small-time clients who they view as an inconvienient distraction. In defense of the building industry, these are uncertain times and good help is hard to come by. But 90% upfront?!  ....c'mon man!

More info would be helpful to provide guidance on how to proceed. Do you own the land outright or is there a mortgage lien against it? Are you acting as the General Contractor or are they (who's scheduling the variouos subcontractors that are pouring the foundation, driiling the well, excavation work, etc.)?  Is this stick-built construction? Do they specialize in tiny homes? Is there any way to do this with a modular build?

There are a lot of moving parts in doing any build, but requiring 90% upfront leaves you with nothing to hang over their head .....you will be completely at their mercy.

Here are a couple of good introductory sessions that I find are great for stretching & balance work and simply 'feel good'.


This is another good beginner vid, maybe start with her and see how it feels:

Music of the Moment
Santoor & tabla may not be everyone's cup of tea ....but if it is, here's some classical Indian music that is pure gold: 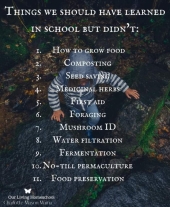 Things I wished I learned in school but didn't...
Teaching various life-hacks would be nice ...like how to fold a shirt in 2-seconds, for instance:

show more
1 month ago
homeschooling
Preserve or sell gnarly old oak?
Your dilemma reminds of the Taoist fable of the gnarly tree....

Maybe keep it for seed stock?

Tomato horn worms
Not sure if this helps your particular situation, but I've heard they glow at night under a UV/blacklight.
Provides an easy way to find them before they get the chance to do major damage.


show more
1 month ago
music
I have a bad situation
That's a sucky situation.   Just curious ....do you feel the fish kill is from lack of oxygen or did the water got too hot from being so shallow/no shade?

If it's an oxygen thing,  maybe there's a feasible way of aerating the pond somehow?

Not sure if it's worth the expense, but I've always found those pond fountains very relaxing to watch, especially when they light up at night.

Hope you get some rain soon! 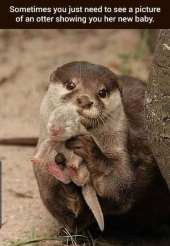 Discovering Awe, Our Wow Moments
I happened across the 'AWW' forum on Reddit that reminded me of this thread, thought i would share a link to it....

A couple of good ones:

brian lee wrote:Its been my experience that queens move up, if it were mine I'd move the brood to the bottom, the empty hive body just above that, and remove frames of honey as they are capped

That's a good idea, I will probably do that. Just debating whether or not to wait and see what they do with this empty super as it sits or just swap them around now.

Seeing how they were filling-up the deeps with honey so fast, I half-expected the queen to move up and lay in the very first super that I added, but much to my surprise she didn't. I've often had them do that on me before, even when they had plenty of space down below. Almost added a queen excluder at the time just for that reason, but thought it would be best to give her the option to move up if she wanted to. Looks like loading-up on honey is priority #1 right now ...good girls.