Sid Thapa
Posts: 9
2
posted 1 year ago
Hello,
So I had planted a couple of persimmon trees last fall (American persimmons that’s supposed to be native of North America). They were about 5-6 feet tall when planted. It’s the end of summer and they haven’t bloomed. Since the flowers are what distinguish male vs female, I don’t know what gender they are. My question is, is it normal for them to not have flowered? How old would they be if they are that size and when will they start producing fruits? 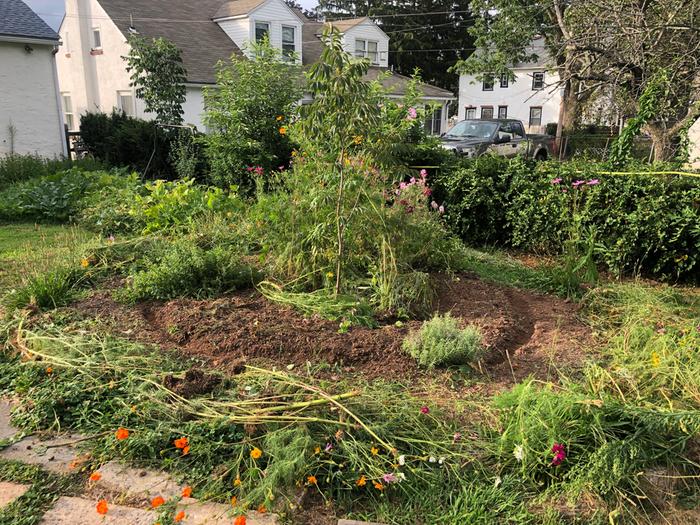 posted 1 year ago
it’s definitely normal for them to not try to fruit the first year in a new spot. are these seedlings or grafted cultivars? generally by that size or a bit bigger the cultivars start flowering (though there may be a couple years of flowers before fruit sets for good). seedlings can take a bit longer, but it shouldn’t be too far off. maybe a few extra years.
Sid Thapa
Posts: 9
2
posted 1 year ago
not sure if these are seedlings or grafted, got them from a native plants nursery, the only info i have is that these are "straight species".
greg mosser
gardener

posted 1 year ago
I also planted a pair of american persimmons, a few years ago, one is stunted but the other is over 12 feet tall now but I've not seen either of them flower. My soil here doesn't have good drainage, and someone decided to park a dead car next to them and make a huge pile of fill dirt on the other side so their conditions are not great, but some of the wild persimmon trees in the park nearby are not all that much bigger than my big tree except they produce fruit. My guesstimate is the smallest wild tree I've seen with fruit is about 20 feet tall and spindly, but my approximation is based on me remembering looking up at a tree in the past and could be totally inaccurate. I think I planted them as wips/bareroot maybe around 2015? It's taking quite awhile.

You can see with only one eye open, but you'll probably run into things and stub your toe. The big picture matters.

posted 1 year ago
American Persimmons flower early (May and June) and the flowers are unobtrusive.  Honestly I've never seen/noticed any flowers except for the one time I went looking at the right time of year.  Partly this is because the flowers aren't brightly colored and I don't have great color vision, though; your mileage may vary.

I know of some mature trees growing in shaded understory that have a nice umbrella shape and make lots of good fruit that's all within my (tall person) reach.  Which is to say, the trees can't be more than ten feet tall, tops.

I don't have any sense of how long it takes persimmon seedlings to start making fruit.  I have half a dozen that I've planted over the last eight years that haven't done it yet.  But they all could be males! I won't know until I actually get  flowsers/fruit.

All of mine so far have been stunted slow growers that are, at most, six feet tall right now.  My guess is that they don't make fruit until they reach a certain degree of establishment; whether this is age-related or has more to do with conditions and weather I don't know.  All I can suggest is to baby them.  A thick layer of mulch and lots of water during droughts is my best advice; these are a wetlands/riparian species where I am and seem much happier with damp roots than with dry ones.

I do have one tree that's a volunteer near the edge of my orchard area.  That space was leased pasture until about 2005.  Fallow since then, it's now a dense regrowth forest.  The tree in question is as thick as my wrist, growing straight as an arrow, and climbing like mad in competition with the rest of the forest for light.  It's almost thirty feet tall with the lowest branches out of my reach.  Still no idea if it's male or female.  But if it's male, it's going to make an exquisitely fine piece of ebonywood timber for somebody after I am dead.