people who have helped their town change their chicken policy.
In our town the chicken haters favorite tool was using baseless fearmongering to justify the ban.

If you let "them" have chickens "they" will want to have cows.
Downgraded to goats and pot belly pigs.
Also known as the gateway pet theory, ha.

"I got hystoplasmosis from 2 chickens 2 blocks away."
Which we proved was impossible.

" I don't want chickens running all over town".

"remember decoster farms? They had all those chickens".
Seriously someone brought that up.

Our small rural community has under 400 people.  There is a dairy inside our city limits.
This was a large turnout for one of our councils.
I had it put on the agenda after every election so this videos was from 2 years into the struggle:

If you can't tell, the mayor is one of the main opponents and wouldn't participate in my survey though he acts like it doesn't matter to him.
He's the one who said if you let them have chicken's they will want cows.

I have a bunch more videos of this struggle through the years, but haven't updated with them yet.
show more
21 hours ago
chickens
wasps
What kind of wasps were stinging you?
The brown colored wasps around my door don't bother me unless I put my hand on them.
And the stings don't hurt for long.

people who have helped their town change their chicken policy.
I fought for ten years to get chickens in our town.
Did a survey that showed overwhelming support, they refused to participate then said it wasn't valid because they didn't.
Forced them to do their own survey. It showed 15% wanted a ban, 30% wanted chicken to be allowed, and the rest didn't care enough to participate.
Their response was to write the state's most insanely strict chicken policy, then failed to pass it.

Had to actually get elected to the council to get it done.
Now we can easily get chickens by asking the council. They got tired of embarrassing themselves.
Probably 6 households have chickens now.
One of the council members that fought it just asked for permission to get chickens.

I suggest starting with a survey in your town.
show more
1 day ago
chickens
Hermits Peak fire lit by the US Forest Service burned our house to the ground
That is so hard to hear.
I can't even imagine your pain.
show more
6 days ago
projects

Serious rabbit concerns.
I wonder if a pet that would go down the holes would help.
Like a ferret.
show more
1 week ago
nibblers 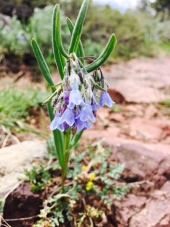 Gut Health, Sibo, and Growing your own.
Small Intestine  Bacterial Overgrowth.
I had never heard of that before.

Thanks for the video link.
Nice educational rant while building a swale.
Remember to subscribe and like,.. it costs nothing.
show more
1 week ago
personal care 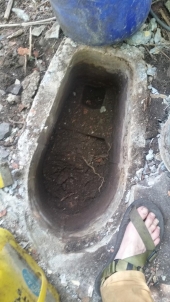 mysterious concrete cavity-what is it?
Hmmm clay pots and glass in it.
People find stuff like that in old outhouse spots.
show more
2 weeks ago
homestead
Any suggestions for easily grown chicken feed that can be stored for winter?
My buddy dries nettles for their winter feed. It grows wild.
Maybe lambsquarters would help with protein.
I know my chickens like ragweed seeds.
show more
2 weeks ago
plants
Chicken Eating Eggs
My grandma always warned not to feed egg shells to chickens for this reason.

Unless you grill/roast them first.
show more
2 weeks ago
chickens