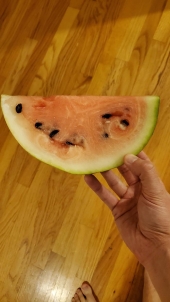 Has anyone developed a watermelon that just has very few seeds?
I suppose because all seedless melons are F1 hybrids, where one of the parents is diploid and the other tetraploid. The parent lines are fertile as long as they are selfed (or crossed with another line on the same ploidy level) but when crossed with each other they give rise to a triploid which is sterile. (Please correct me if I got this wrong)
show more
1 day ago
seeds and breeding

Has anyone developed a watermelon that just has very few seeds?
If I've understood it right, truly seedless melons are triploids, so it seems you wouldn't be able to do "just a bit" of that to get one with few seeds. But, yeah, should be possible through persistent breeding efforts.
show more
3 days ago
seeds and breeding

These forums are full of knowledgeable people in many different fields. Just keep reading, and ask questions if you wonder anything in particular. You'll learn most of what you need to get started.
show more
6 days ago
rocket mass heaters

William Bronson wrote:
The coal stove ashe gates seem to complex for me to build but what  about a rotating grate?
I couldn't find one , but this airlock diagram shows the basic idea.


Somehow I only saw this now. That looks really cool! Would it be self-rotating (the char falls down on one side only) or would you manually turn it? And do you figure it would be best to let it empty straight into water, or into a mostly airtight holding container?

I had started thinking more simplistic, like the char falls through the grating and ends up on a metal plate that can be pulled out towards the front, so the grate bars push the char off the plate and down into the char box. The plate then acts as a lid for the char box. But, well, your idea is way cooler...
show more
6 days ago
rocket mass heaters

Jay Angler wrote:35 years is a pretty long rotation for most modern users compared to hundreds of years back when most people didn't move very far!
That said, I recall you saying you are fairly far north which gives you long periods of short day length. The same tree further south might perform differently.


Yep, and as far as I know none of the lilac species naturally occur this far north... Also, if it is really only four or five years since these were cut, the growth must have accelerated quite a lot (look at the relative size of the shoots and stump in the first picture).
show more
1 week ago
trees

Coppice Trees for Firewood
Now I finally have access to the nice Syringa josikaea coppice pictures I took (had temporarily lost a cable for my camera). My guess on the diameters was actually almost spot on! The largest stump was around 15 cm in diameter, and by my best count of growth rings it took 35 years to get that big. So yeah, if you want a lot of volume quickly, this might not be the best species. On the other hand, it does coppice very nicely! Lots of potential for stick fuel, and maybe something for more high-value uses. Oh, and all of these stumps, unless I misremember, have between 3 and 5 years' regrowth after being cut.
show more
1 week ago
trees
Seed giveaway/swap - Arctic kiwi, Actinidia kolomikta
Anyone?
show more
1 week ago
seeds and breeding

Kakishibu (persimmon tannin liquid)
Damn, this sounds sooo cool and useful! Now I just want to plant some American persimmons to try this out. I had crossed them off the plant wish list because they have doubtful hardiness in our climate and there are plenty of more well-adapted fruits to grow, but now...
show more
1 week ago
dyeing 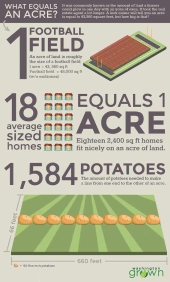 Kaarina Kreus wrote:Eino, I agree that we should be able to grow food not just on open fields. But in Scandinavia, the growth season is short and most edibles need light. I have a mushroom plot in the forested part of my farm, also some berry bushes like blackberry. But fruit does not ripen or veggies grow in the shade of trees. Might be different in warmer and sunnier climates.
Chicken, goats and lamb like dappled shade and find lots to forage under the trees. My farm at 10 acres is too small to support even one cow.


I'm very well aware of the problem, since I also live in Scandinavia (northern Sweden, will move to mid-Norway). I suppose I was thinking more about the very clear division between "cultivated land" and "nature", and to me it feels a bit like that division implies that we are somehow not part of nature. I was thinking more in philosophical terms than in immediately practical, and used forest gardening only as an example (though there are many others) of less intensive land use. That said, I do think there are a lot of possibilities for forest gardening even in Scandinavia, although there is certainly a reason for the historically heavy emphasis on animal food in this region. But I suppose all this is a topic for a separate thread...
show more
1 week ago
meaningless drivel

Jay Angler wrote:the neat thing about lilac is that people often grow a hedge of it in their front yard and it would be considered totally normal for them to prune it intermittently - stealth urban firewood with pretty flowers!


Yeah, especially for people living in places with those crazy regulations saying you can't grow anything useful...

I'll try to take some pics tomorrow, and measure the old trunk diameters, to see how bad my guess was.
show more
2 weeks ago
trees