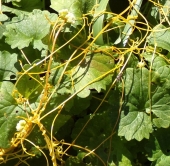 
i forgot how to post link
show more
6 months ago
plants
when is recycling too tight a circle?

The state of Washington is the first in the union to start “composting” dead human bodies as crop “fertilizer,” bringing to real life the fictitious scenario depicted in the famous dystopian film Soylent Green.

According to reports, Washington’s Senate and House of Representatives approved with strong bipartisan majorities Bill 5001, entitled, “Concerning human remains,” which was signed into law by Governor Jay Inslee, legalizing the “natural organic reduction” of human remains.

Bill 5001 will take effect on May 1, 2020, allowing for human corpses to undergo a process known as “liquid cremation,” whereby alkaline hydrolysis is used to turn rotting flesh and bones into an “organic fertilizer” sludge.

I have no problem with with dealing with bodies this way

but not on food crops
not directly the first go-around

Berries next to Fruit Trees?


everything needs space
everything wants sun
berry bushes are sun-loving
and in a wet climate
(where things grow without irrigation)
they will spread (cane fruits like raspberry, blackberry, etc)
so even though planted in between fruit trees, they will end up underneath fruit trees
and since they are sun-loving, they will send up canes into the limbs of small trees
this can be seen as what was once called a type I error
something that causing needless work,
unless the unwanted canes are chopped and dropped

they are best kept separate in their own beds 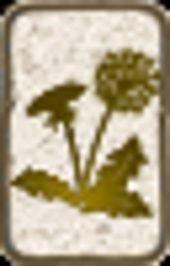 if not already in the works...

I would like so see a badge for people who....

collect berries, fruit, and nuts
then save some the seeds
or thin out overgrown clumps
or take cuttings
and the plant them out
to increase the foraging opportunities for others

foraging shouldn't be a parasitic activity

Keeping coyotes off my property

and now to stir the pot

There is no clear evidence that lethal control works to reduce human-predator conflict. It can even make the problem worse
show more
2 years ago
predators

Planning a small orchard in Kentucky

you might find these videos from Clint, the permaculturerealist
also from Kentucky, interesting and useful


CORVALLIS, Ore. - Scientists have long struggled to explain how tropical forests can maintain their staggering diversity of trees without having a handful of species take over - or having many other species die out.

The answer, researchers say, lies in the soil found near individual trees, where natural "enemies" of tree species reside. These enemies, including fungi and arthropods, attack and kill many of the seeds and seedlings near the host tree, preventing local recruitment of trees of that same species.