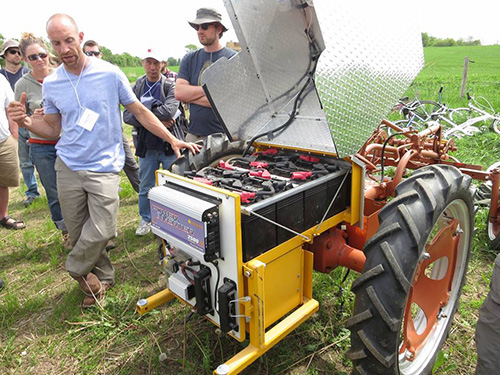 Grant Schultz is the Founder of VersaLand, Iowa City, Iowa, and known in some circles as the "Mad Scientist of Permaculture". As a farmer-hacker-artist, Grant develops new tools and techniques for creating and managing agroecosystems, including GPS Keyline technology, custom tree planters, and electric tractors.  Leveraging a background in agricultural and commercial land management and brokerage, Grant will share innovative ways to gain land access, design a diverse farm, and create a broadacre permaculture farm that yields abundant rewards.

Grant bootstrapped his venture from nothing, just bare land, yet today he has a thriving business and makes a good living from his farm. There was no infrastructure on his land, nothing, just bare land, no buildings, electricity or water. He is leasing the land with option to buy – long-term land tenure with a predetermined strike price. Yes, he does workshops, but they are not his primary source of income – the land itself generates his main sources of revenue. 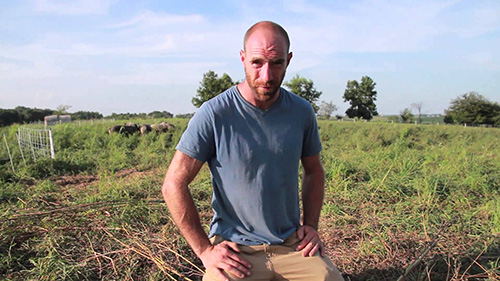 Grant went to a conventional agricultural college and took a horticultural path. However, he soon started to believe something was wrong with the conventional system and began searching for a viable alternative, eventually finding permaculture. Following graduation, he became involved with startups, and also gained some valuable experience as a real estate agent. Nonetheless, to him, food security was the most important path to pursue.

He started a successful commercial garlic growing operation on rented land and began to play an active role in the new food and farm movement, but had a problem all too common for novice farmers: land access. However, through networking with farmers at the 2013 Practical Farmers Annual Conference, he eventually found a permanent home at Versaland Farm near Iowa City, and Grant hit the ground running. 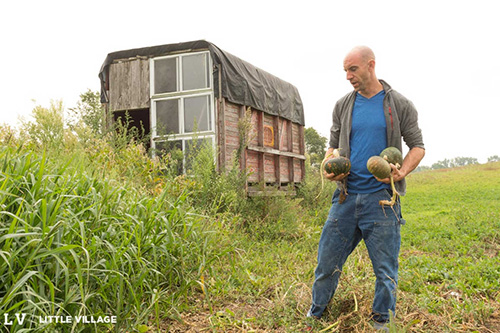 COMMENTS:
Greg Hamilton
Posts: 10
posted 1 year ago
Does anyone know what happened with this? Its appears the "farm scale" stuff is perfect for me, but it appears all the course are no longer :-(
Matthew Koehler
Posts: 3
Location: United States
posted 1 year ago
I know he had a fight with the county over some zoning issues, and they pretty much shut down some of what he was wanting to do. I'm trying to find his contact info to inquire about some stuff, but can't find much yet. So unfortunately, doesn't look good. Looks like the county might have killed his operation.