(That's a perversion of the "mahna song" from the muppets for those of you who don't know...)

Ok, so it's actually a "catenary" which is not the same (The battle of the mathematicians was legendary... many deaths....)

But it works just the same in the real world - as opposed to the devil's lair of Euler, Descartes, and Leibniz. I blew smoke at it (as opposed to up it) and used a laser beam to show that she works (LASER BEAM!!!)

I used this clever and convenient thing: Parabola Calculator
Got the Aluminum here (Email Chris Whitney, she's friendly and I feel bad for having groused at her): One Side Bright Aluminum (Metal Mirror)
The metal is perforated angle from Home Depot (for which I paid much too much!)
The Solar Evac Tube is from Ebay, box of ten of them: Solar Tubes

I am in no way affiliated with any of those people.

Had some troubles, but I fixed them! I used a "diameter" of 20, and a "depth" of 8 - the calculator is unit-independent, so as long as you don't randomly change from Imperial to Metric in the middle of construction (ahem.... NASA!!!) it'll be jes-fyne :) It isn't a perfect reflector, the focal point is a bit stretched out, but considering the evac-tube is two inches across, it's good. Try to calculate and place such that the focal point is in the center of the evac tube, and NOT on the surface of the glass - that could very well melt it and implode your vacuum tube (awesome, but not the goal).
The added benefit to using polished aluminum is that it is a first-surface mirror with broad-band reflectivity. Glass absorbs IR and UV wavelengths, and so having the solar juice pass through it robs your beam of some of its more energetic portions (not that it matters much, and good-luck with finding a curved glass mirror in your size anyways...) Acrylic or Polycarbonate mirrors are fine I guess, but seeing as it is specifically meant to catch and concentrate the wavelengths that destroy both, and aluminum is easier....

The aluminum will oxidize (probably already is) so it might become a bit dull with time, but it won't be very much and that oxidization layer is Sapphire which is awesome and super durable... this translates to (hopefully) longevity in the field.

I mounted the Evac-tube with some 2inch pipe-straps all stretched out, with bicycle inner-tube cut and placed between the strap and the glass. They are in-turn mounted on some 4.5inch 5/16"-18 bolts with a smathering of nuts and washers.

MWAHAHAHAAAAA!!! Ok, so it isn't evil, but it certainly collects more sunshine than the tube alone (10x as much effective area actually....)

And - while I'm kina naive for offering stuff before asking.... if this is useful to you, might you consider taking a moment (even a simple share would help!): Crowdfund Thing

I certainly hope this helps somebody! 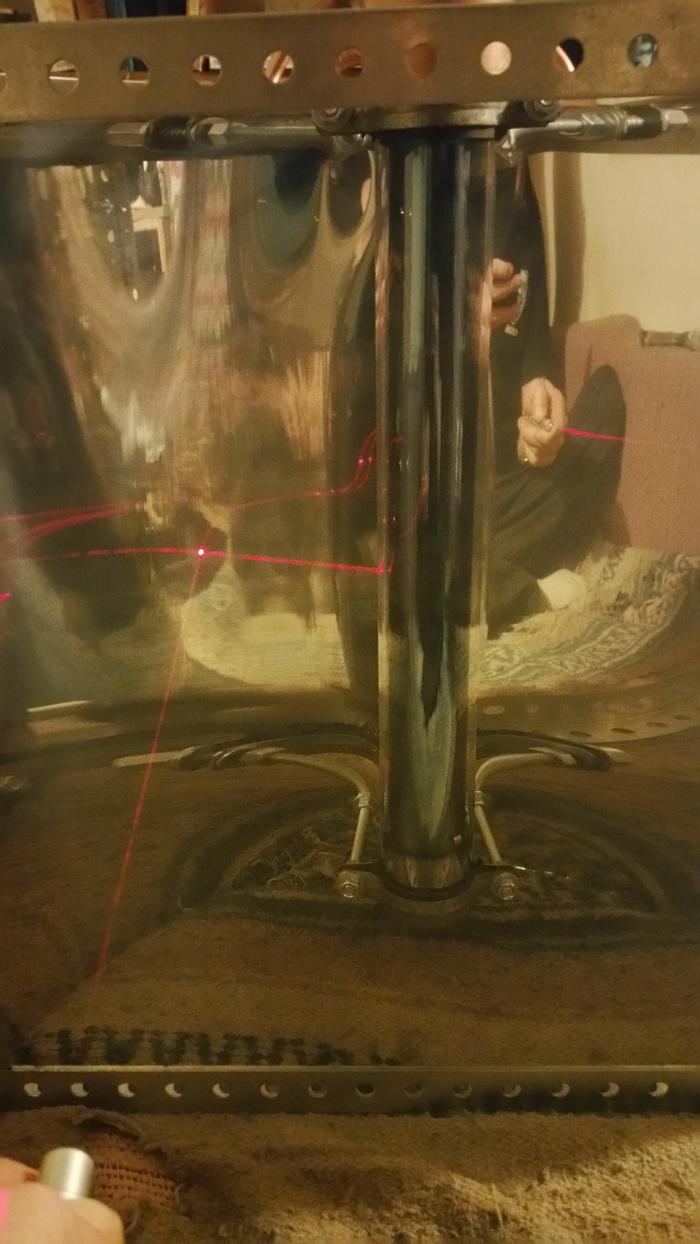 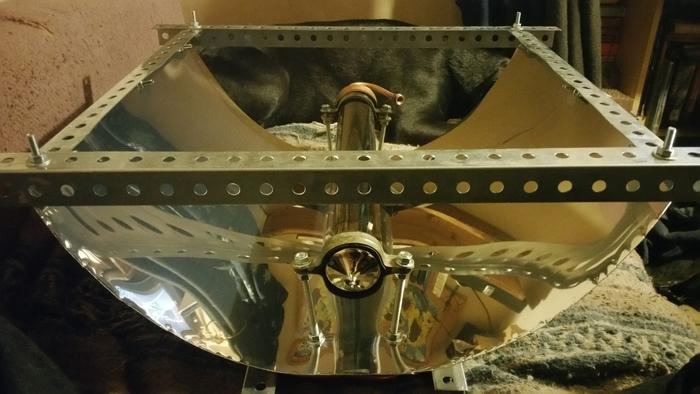 Same concept you have there, by golly it works. I've boiled water on a 20 degree day in a couple hours
Spencer Miles
Posts: 68
Location: Colorado
I like...

posted 1 year ago
Yessir... but mine is awesomer than Amazon's, and it's part of the guts for the WaterMaker!!!

Anywho, it was cheaper to build this one than to buy any that are available, even if the evac tube is smaller.