posted 2 years ago
I built new raised beds last year and mulched them heavily last fall. I'm three to four weeks out from the earliest spring planting, but it's still plenty cold here and there is fresh snow on the ground today. I'm wondering about if and when to do a round of spring mulching. I have straw and alfalfa hay available along with duck and chicken bedding and some rabbit and guinea pig manure. In general, what's my best bet for the next step before spring planting?
beds.jpg 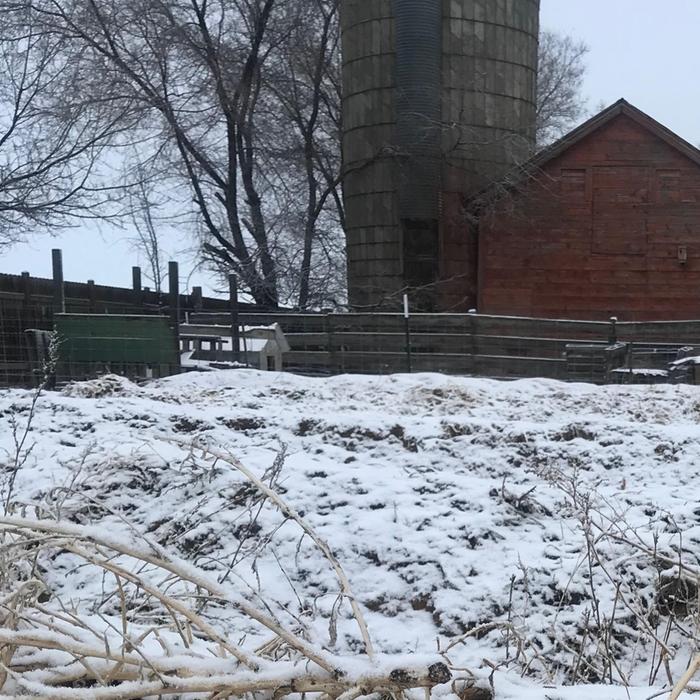 posted 2 years ago
Nothing "bad" about doing it too early, necessarily, but it might get in your way when you try to plant or weed the bed(unless you have sufficient layer of mulch to block the weeds from starting in the first place.)
Many people wait until their plants are above the height of their proposed mulching, before distributing.

posted 2 years ago
I would like to add that if the ground is still cold/frozen that mulching it will push back the spring warm up by a week or two. It isn't necessarily a bad thing but something to remember.
Also the beds that you mulched last fall will do the same thing if it was a really thick mulch layer.

posted 2 years ago
My gut reaction is that any time is a good time to mulch.  If the biomass isn't well broken-down, having a few extra weeks for the microbes to do their decompositional business will only add value to that mulch once the beds are planted.

My only hesitation, and I don't know if this has any merit, would be that perhaps in waiting, the mulch wouldn't be as likely to be compacted and airless.  Frozen stuff tends to compact.  Adding it after things have warmed up would seem to be a way of assuring that it is lighter and looser.

But even if the mulch is a bit compacted from the freeze/thaw cycle, just running a rake through it and fluffing it up a bit is easy enough.

Just my two cents here, but since you asked, here are my own personal  thoughts.  I think the best  times to mulch are in the late fall after harvest and mid-spring after crops have started to poke their heads up.

The reason I say this is that the fall mulching tends to protect the ground from cold temperatures and let worms, bacteria and fungi to do their jobs longer than if the soil was bare.  Doesn’t hurt that the compost itself will partially break down and become more inoculated with the decomposers before the winter freeze.

On the other hand spring mulch protects the soil from overheating and drying out while shading pesky weeds all at the same time.  To boot, as the mulch breaks down it will add its own fertility to the soil.  I personally like to use grass clippings for mulch as they are a great free source of mulch that adds nitrogen as well.

In either case the mulch buffers the soil against temperature extremes.  I have been known to mulch a garden bed over winter, pull all the mulch off about a week before planting and then pull the mulch back over after crops have planted.  At this time of the year I would think that mulch would just insulate frozen ground and delay warming.  Also, given that the ground is frozen, I assume the microbe activity in your beds is little to none.  I think a better option is to hold onto your mulch until you have planted and the seedlings start showing their heads.  If you are transplanting (such as with tomatoes) then I would pull the mulch over immediately after planting.

Anyways, these are just my thoughts.  I see that you are in Idaho so I assume that you have a longer winter than I do in Southern Illinois so I would think you have a longer wait time to plant than I do.  I am hoping to at least start some gardening work over spring break (next week), but with the rain and cold, I don’t think I can plant for a while.

Sorry If I rambled too much, but I thought I give you my unabridged thoughts.

Good luck gardening and I hope you can start soon.