posted 2 years ago
Hey All,
So after a year and a half of intrigue and study I'm nearly finished with my first full blown RMH here in Beaverton MI.  I first fired it up 10 days ago and it was bad ass right out of the gate.

If your in Michigan and have never experienced a Rocket Mass Heater come check mine out this coming Saturday.  Send me a message if you'd like to come.

Here are some of the details of this build.

I got a chance to study with Ernie and Erica last year at Wheaton Labs.  I also studied with Deanne Bednar of Strawbale Studio here in Michigan.  For the most part I followed the book,  The Rocket Mass Builders Guide from Ernie and Erica.  But of course lots of time here in the forums and the seemingly endless hours of youtube.

Here where I am the soil is predminantly sand which took cob off the option list. I started collecting reclaimed bricks from craigslist and the reuse store about a year and a half ago which left me with a variety of different shape, size and color of bricks.  In the end I used about 350 bricks for the bench and around the burn unit.


Because I built on an uninstalled 4 inch concrete slab I decided to lift the whole thing with 4 inch cinder blocks.  This made the bench a bit taller than I would prefer but it's workable.  One thing I could do to remedy this would be to install a 2 inch thick insulated wooden floor; but that's a decision for another time.

There are small amounts of clay on the property and I was able to harvest enough to slip together the core.

Creating the manifold was one of the biggest unknowns for me, the book is pretty weak on this.  In the end this is what I came up with.  Interesting note about the manifold, I made all my cuts for the lower barrel and then burned off the paint.  This tweaked and twisted and even shrunk it a fair amount.  I was able to bend it back to something workable but it wasn't the same as before the paint burn off.

Ceramic fiber blanket for the riser.

I filled the mass with scraps of marble and sandstone slabs and tied it all together with pea gravel.  I still don't have the top on yet so I can see some of the marble and sandstone.  It seems that the sandstone does a better job of holding the heat, I wouldn't have guessed that.

Metrics.  I tinker with microcontrollers like Arduino and Raspberry Pi.  I'll be embedding 3 temperature sensors in the bench top.  And I installed a thermocouple temp sensor at the very top of the heat riser.  Somehow I installed it without breaking it!  So far my average burn temps are 600-800F and on the high end I've seen 1200F.   Soon I'll be pushing this data up to the cloud where I can get fancy charts and graphs.  One thing I'm particularly interested in is how long the mass can hold the heat.  Stay tuned.

I don't know how to work images on these forms so here are a bunch down below.

Anyway I'll be sharing it this saturday for the open house.  Hit me up if you'd like to come see it. 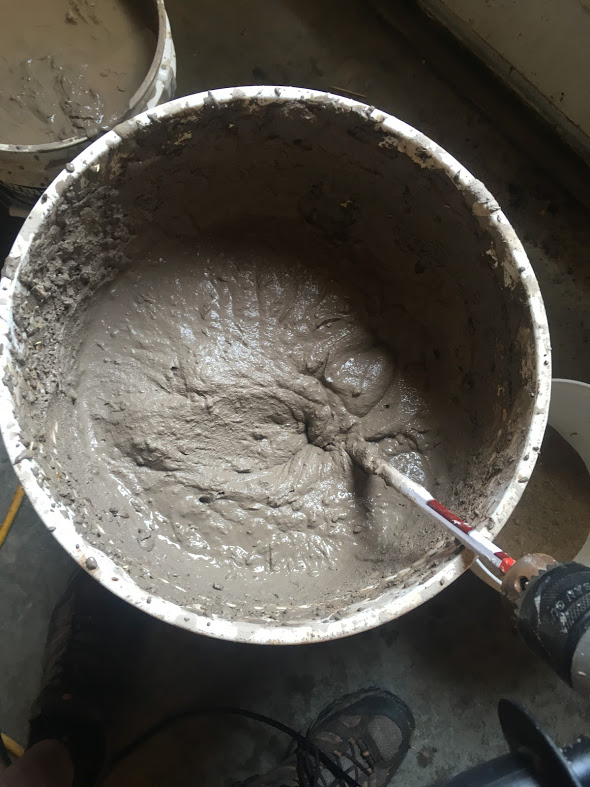 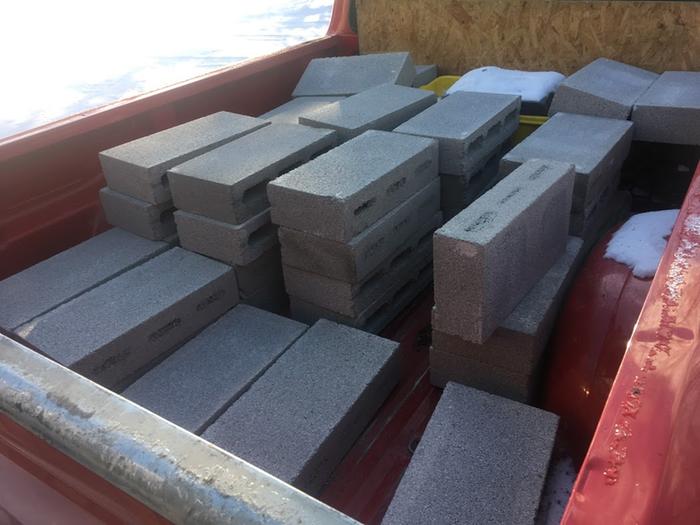 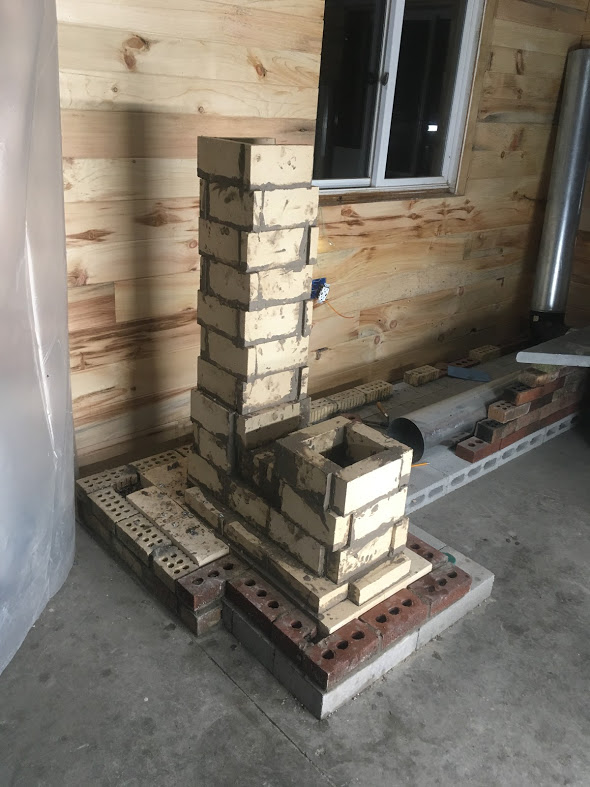 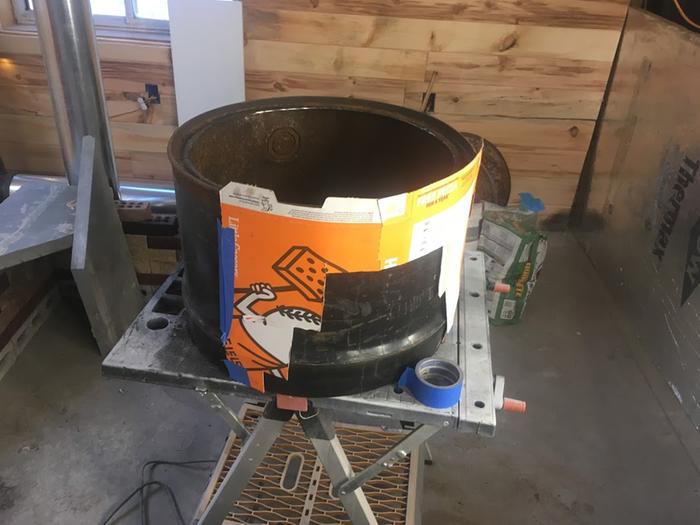 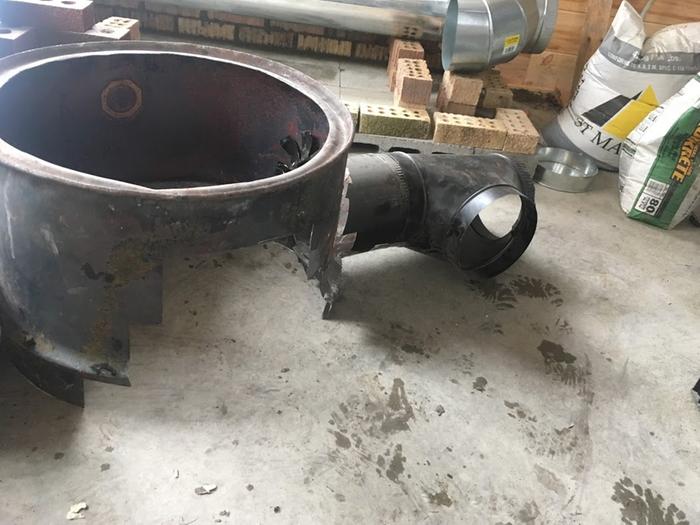 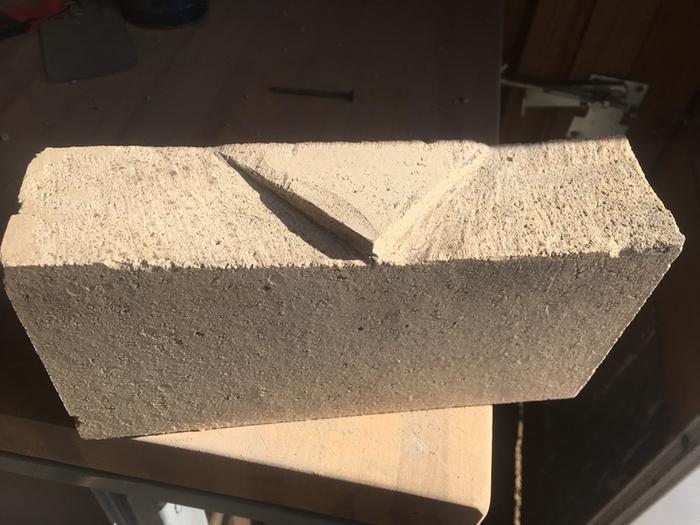 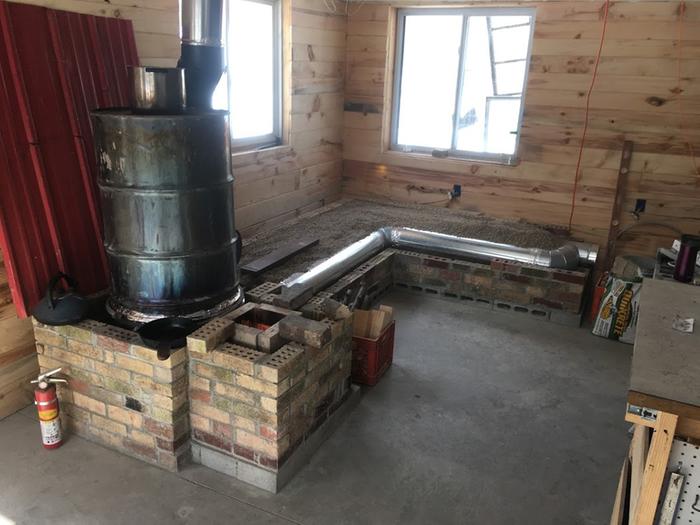 posted 2 years ago
Have Fun this weekend Rich!   Hopefully bunches of folks will show up to check out your rocket!

ronald bush
Posts: 138
1
posted 2 years ago
very cool invite man!  im just below Mi line too.  maybe next time I can make the trip.  enjoy playing with it!