posted 3 years ago
I have a problem on my finca.  When we bought it it was fairly clear what had to go where, including our growing area. A lovely flattish field, very slightly sloping SSE, plenty of Sun most of the day. And a less convenient, ENE facing, steep field that has shade from on old chestnut early to mid morning, shade from another old chestnut midday to mid afternoon, and really poor soil.  I decided that, as we get fierce summer sun, that fruit trees would be OK on this field as wherever they are they will get some shade from one of the trees at some point in the day which would still give plenty of sunshine hours but with some relief. So that is the orchard field.
But then the builders decided, after I had mulched the whole growing field, that the septic tank would have to go in there, which meant trenches across the whole field.  Then they decided they couldn't put it there because the whole field floods to an alarming extent every winter/ spring.  Then we rescued boxer dogs.....
Back to the orchard field

The problem with growing beans on the orchard field is the shade produced by the trellis. pyramids were hard to set up because of the backs being shaded and the slope is such that they are awkward to set up.  So we set up, what I like to call, Cats' Cradles.  They work like this.
We put in a line of poles across the field, for arguments sake, E - W.  we put in more posts  4 feet above and another line of posts 4 feet above that.  I dug trenches between the pols,  drenched the trenches, lined with newspaper ( my Dad's old trick' filled with compost, drenched again, planted bean starters in the trenches on the first line, repeated on the second line, prepared the trenches between the third line but left unplanted.
I put very taught strings a few inched above the ground, 1 foot above the ground and across the top on all the rows.
Now, here is the cats cradle.  I wound strings from the lowest cross string above the first plant in the row, over the 1 foot string, then up to the top string ON THE NEXT ROW, then back down to the next plant.
We did this from the 1st to the 2nd row, and the second to third row.  The beans are trained to grow up their strngs in the direction of the summer sun just after midday.  They cast little to no shadow for most of the day between the rows or behind them, and the bean pods hang straight down so they can dry in the sun and are easier to see..  This leaves the ground in between the rows free for pumkins to cover the ground and keep the soil clear and catch crops pf lettuce and radish while the pumpkins develop. . The upright posts I use to grow vining pumkins and between the posts on the highest row I grow peas that can climb up the 1st 2 strings and I can add extra strings if they need it.
This system worked so well last year that I am developing more Cats' Cradles to go up the field, beans and pumkins being important crops for my plan to grow beans and pumpkins  for all finca inhabitants a la Carol Deppe. I have fitted other things between the rows, such as potatoes, earlies which were olanted on top of compost and covered in straw so collecting them wont disturb the beans, and elephant garlic which went in after the beans last year.  Where fruit trees are in the way, strings just go straight through the branches and the bean trenches stop short of the root system.

I guess this system could be used on flat ground in northern areas where the Sun doesn't get so high in the summer and likewise on south facing slopes with a little recalculation of angles.

Pics below - I do apologise for my hand drawn offering and I couldn't find how to rotate it.
Apologies for anyone in the southern hemisphere - please mentally change all directions for your own part of the World! 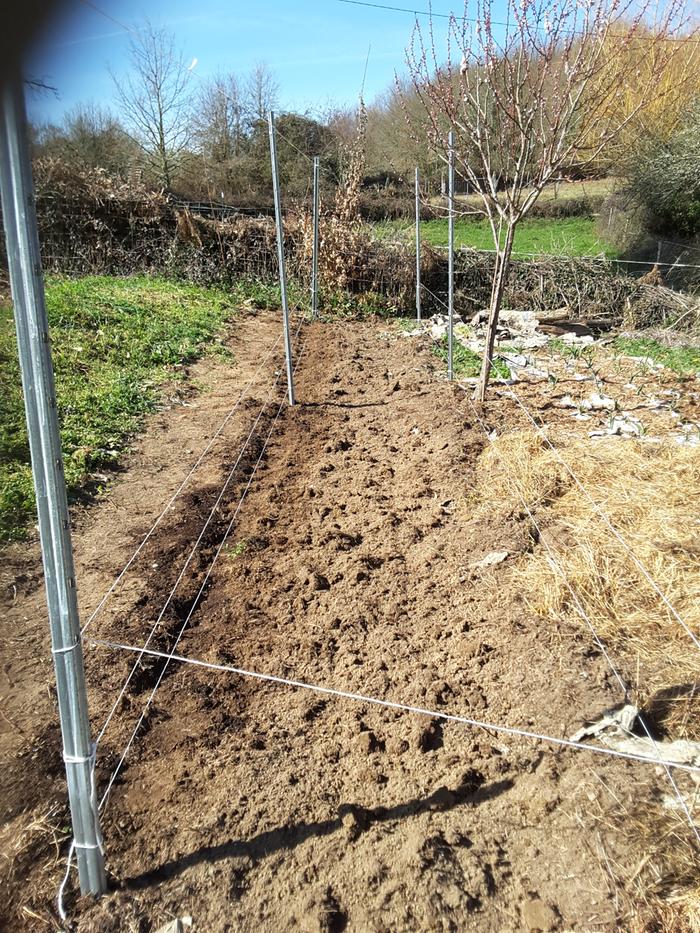 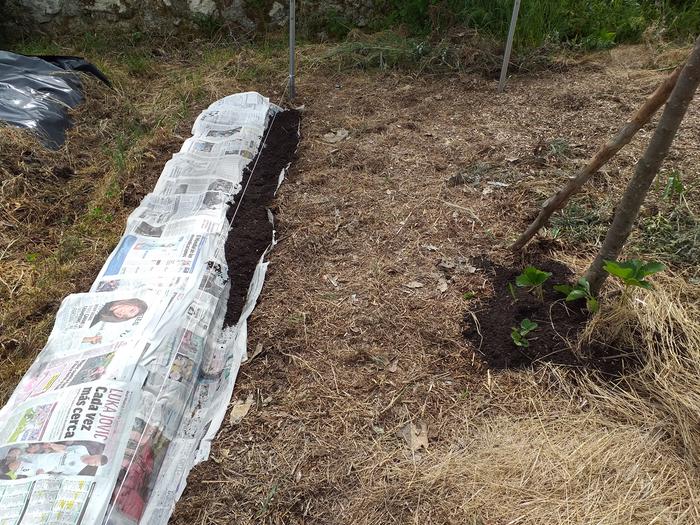 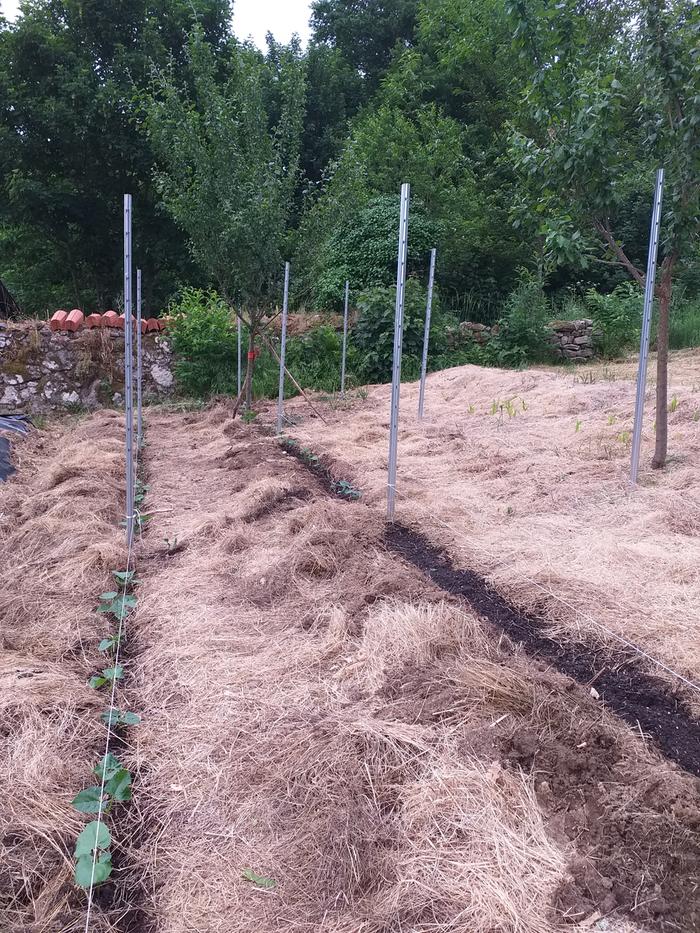 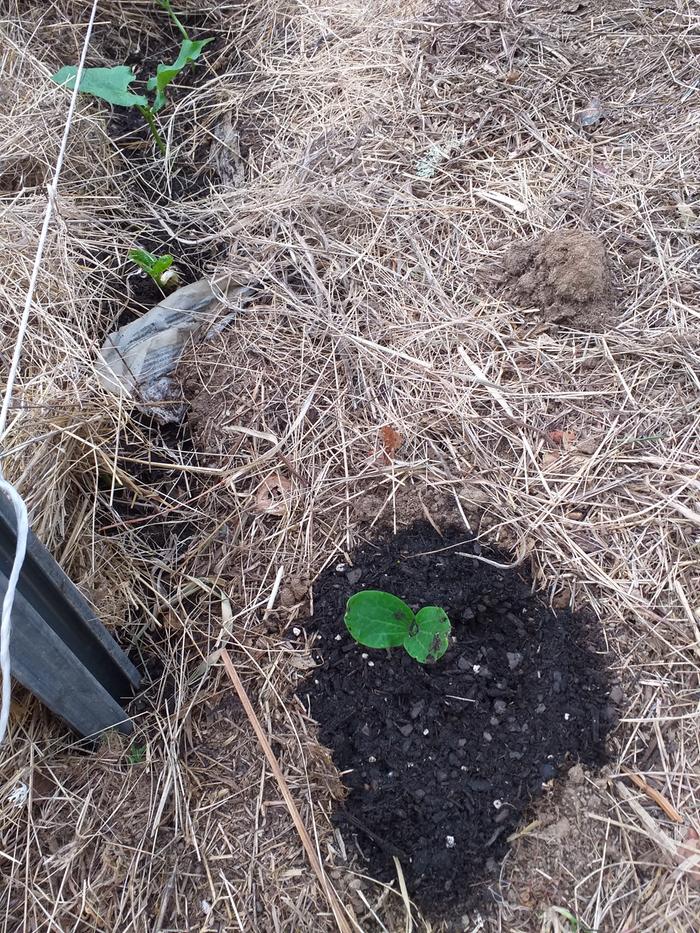 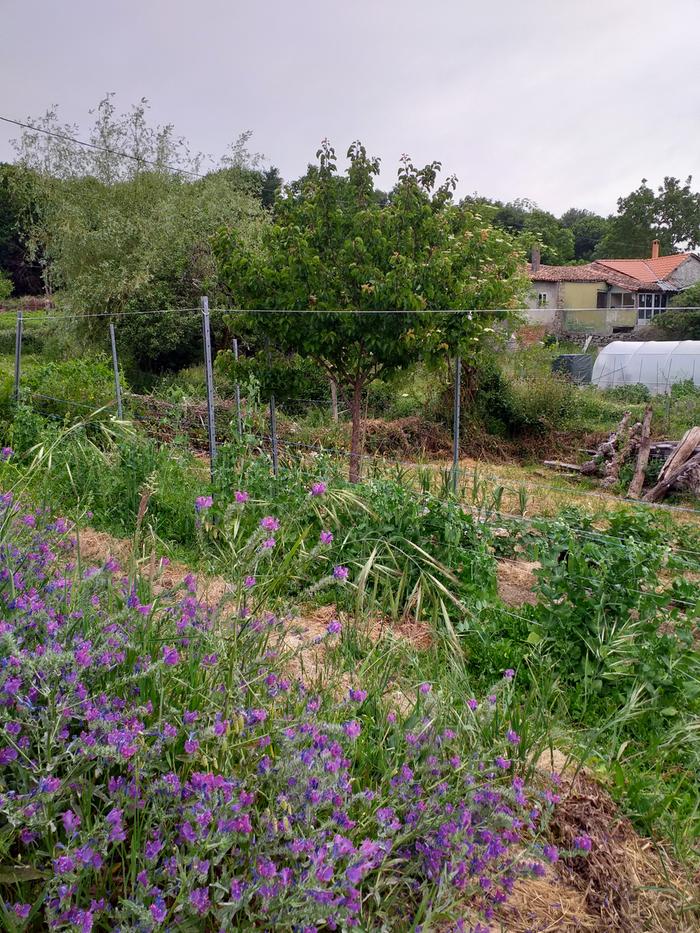 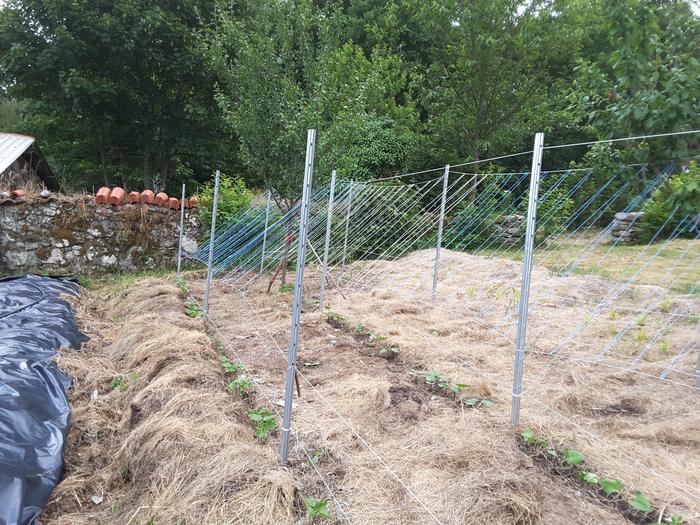 posted 3 years ago
That's a very good solution Mandy, we use a similar setup for our beans, we also use it for cucumbers.
I grow melons on a "trampoline" it is actually more of a fishing net rig, and You can angle this one any way you  need to for proper sun exposure.
Since some light filters through the fish net trampoline we grow shade lovers from the edge inward about 2 feet (that's as far as can be reached comfortably without laying down) chives do well in this border area.

posted 3 years ago
Oooh chives! Good idea! I grow lettuce and raddish but I like the idea of more permanent plants.thank you Bryant.

posted 3 years ago
The cat's cradle is turning into a polyculture dream. Although it is awkward picking, I love getting in amongst the plants. The runner beans and squash are making their way up the plum tree and corn stalks, although the squash had to be disentangled to stop branches from breaking. This is my favourite part of the finca. So pretty!
20190815_130459.jpg 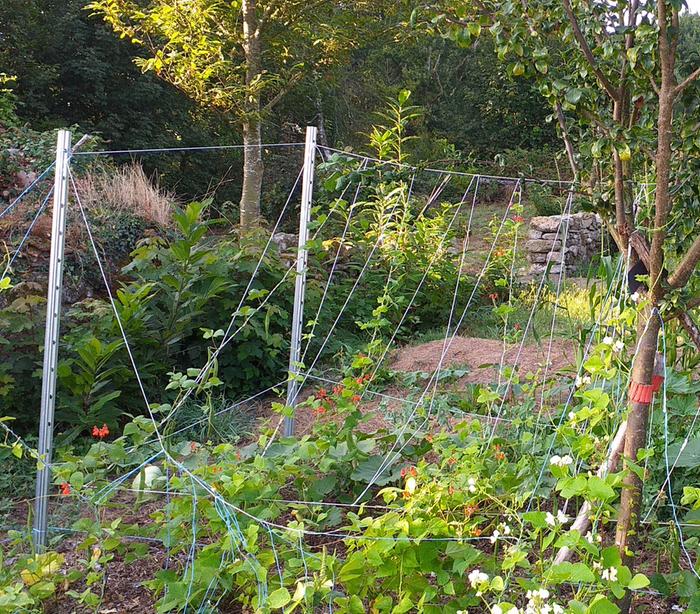 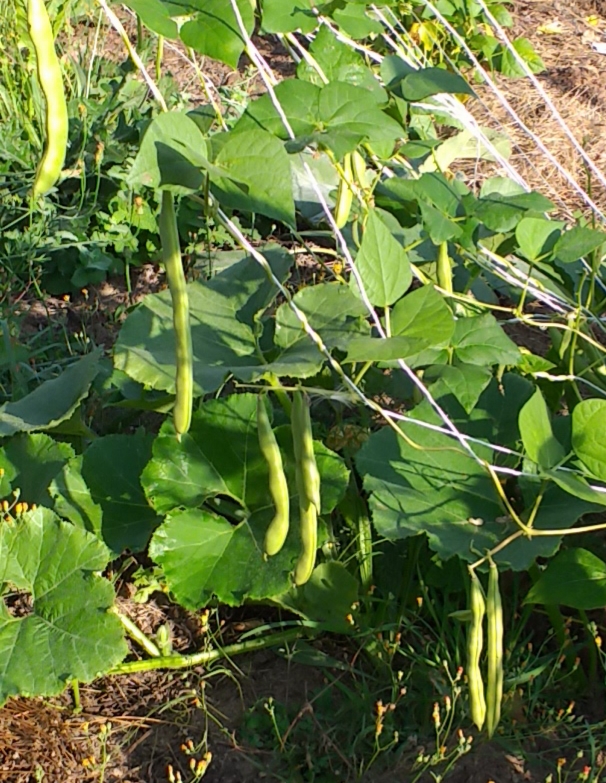 posted 3 years ago
I found some old style, jute bailing twine at our farm store and bought two spindles of it, this stuff is really strong, it is a little thicker than most two strand twisted twine too.
I have a few lines strung with it this year and it still looks like new (installed these strings back in April).