Gentilly and Soil Remediation – Fallen off the Radar

I thought I’d do a short piece on this because I was looking around on the net to see how the soils of Gentilly were getting on today and it seems to have fallen off the collective radar.  At least that is how it appears in England via the interweb.  Hello Common Ground, best wishes from Blighty !  Hope your soils are much improved now. 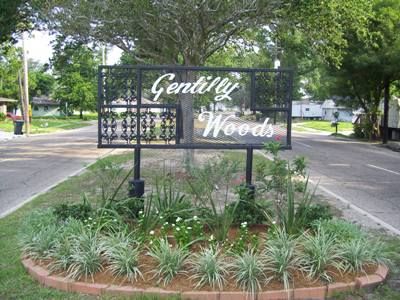 I came across Gentilly, New Orleans initially on the news in 2005 from the terrible category 5 hurricane Katrina then later when I was researching my recent book.  After the disaster struck the ‘Common Ground’ group did a lot of remediation using natural processes including compost tea, mycoremediation (Oyster Mushrooms) and phytoremediation ( Indian Mustard and Sunflower)1 and they had some remarkable successes. A number of soil tests were done and now things have calmed down another soil test would have a base for comparison.  I’d be really interested in how things are going today, there seems to be some kind of media shut from here.

posted 3 years ago
New orleans is back in the news with fear of another levee breach this weekend from tropical storm barry. From what i watched, the levees are taller now than pre-Katrina.

Oh no, wasn't expecting a response like that. I can only wish them the best.

posted 3 years ago
I think it is a double or triple whammy. Mississippi river is swollen from the midwest floods. Add the slow moving tropical storm (slow translates to lots of rain) and it could be bad.

posted 3 years ago
From what I hear, the initial estimates of storm surge plus the already high water levels are forecast to top the lowest levees.

I am not surprised that it's fallen off the radar. Ultimately, the project is pointless, except for the data it gathers. In an era of climate change-driven flooding, what good is it going to be to remediate soil in a seasonal flood plain? When do we stop? When it's no longer even seasonally dry?

I feel for those living in the new flood plains. But they should take whatever assistance they can and move to higher ground. Nothing that doesn't float should live in a flood plain, unless it's impervious to water damage.

Remediation can still take place, but I think it would involve encouraging aquatic vegetation to take over perpetually inundated areas. The larger, deeper areas could become seagrass sanctuaries, which suck up a shit tonne of carbon.

Fanboat and glass-bottomed boat tours could be taken of the formerly occupied areas, which would return to estuaries, swamps, and salt marshes.

And mangroves could be encouraged. That would be real remediation. What we have going on now is a situation that keeps us in a position to constantly pollute the soil every time there's a flood, and all the resources spent on cleanup are essentially thrown away. Oh, sure, people are employed in reconstruction, but that's like wiping your ass with the hundred dollar bill before flushing it.

But in the end, sentimentality will win out. Until the money runs out.

Hi, I would be inclined to agree with you if it was just about a sensible relocation but it would be tough without government help or some really large injections of cash from somewhere. People aren't that sensible and there will be real estate issues both at sites in Gentilly where they have (possibly foolishly) poured their life savings and then again the cost of land at the relocation sites.

posted 3 years ago
Well of course. But it's an example of really limited thinking. I understand that people have invested everything they have and more. But what does it say about that decision that it will be destroyed every decade, forcing them to rebuild?

Let's take for granted that they have to stay, that there's nowhere to go. That assumption is only valid if that's what they have decided, but whatever.

So you know that your area is going to be flooded in an evacuation-worthy flood every five years or so, and that every ten or so it might be necessary to rebuild all conventional dwellings. You have just torn down what remains of your house. Do you build it exactly the same way? I know most people in this situation will, because they have no alternative, or their assumptions have led them to the conclusion that they don't. So every ten years, they get to build a brand-new gypsum, paper, and matchstick special. It doesn't have to be all that resilient, because it's just going to get destroyed anyways, so why bother?

It would make more sense to start building the Venice of the Mississippi adjacent to areas that will soon flood. Imagine a community that could laugh at storm-surge and flooding. Imagine buildings and walkways rising with the water, whatever the storm did.

Of course, anything would make more sense than what's going on now.

posted 3 years ago
Projected Rain Fall for New Orleans is 2+ feet (24"+), since there is a large portion of the city that is below sea level, and the pumps will not be able to keep up with the falling rain water, there will be catastrophic flooding, again.
Since Katrina, most of the wiped out areas have been abandoned because of no one willing to go through that again, but, there are some areas that were completely rebuilt.
Those rebuilt areas are mostly Cajun folk, who are notorious for being bull headed when it comes to their land. In many areas the houses are now raised 17 feet off the ground due to a new ordinance.

There are areas in the city that are currently underwater from some storms that came through just a few days ago, those areas will be sunk completely by the torrents that are coming.

The reason you can't find data from post cleanup in Gentilly is because the funding ran out right at the end of the original project.

Sadly, the human reaction to forced change is to resist that change at all cost. This has been proven to be normal behavior through the last two thousand years of history and I don't see it changing any time in the next century.
But there is a bright side in a morbid sort of way, those that drown will be reducing the current population which will reduce the stresses on nature in that area just a bit.