posted 10 months ago
Hi folks! I'm new here, but I couldn't find a place to identify myself...so I'll go ahead here! :) I'm Ellie, I live in the middle of GA, and it's very hot here. I failed miserably at growing tomatoes this year, which doesn't feel great since I raised them from seed, but here we are. I've got almost two acres of yard, and between ours and the neighbors, there's a tree with fruit.

The tree is...shorter than our oaks, but it has to be 20+ feet maybe? It's pretty tall, and mostly in shade. It has greyish bark that has some pretty deep fissures in it, in a vertical pattern. The newer wood, like on this branch, seems kind of spotty up close, and the leaves are growing on stems that are strange and knobbly. The leaves are slightly longer than my thumb, and on the stem end underneath have some very fine hairs. There are not excessive amounts of fruit on the tree right now, but there IS a nice layer underneath, which says to me that there might have been, and I just didn't notice it.

The fruit is roughly the size of...a small blueberry? But I don't think that blueberries have pits (it's been years since I've eaten a whole one, they're not my favorite), and also, as far as I know they don't grow to 20 feet. It has the same kind of waxy coating as a blueberry, and the same coloring, more or less. The juice, when squeezed, is EXTREMELY reddish pink, and very bright. It didn't stain my hands, when I washed 2-3 minutes later. It smelled sweet, maybe? Kind of nice.

For an hour or so, the whole branch that I brought in for identification smelled incredible. I don't know how to describe it; it was nicer than the usual green smell of green wood. The leaves don't seem to have quite as much smell as the wood itself.

I've tried google, but nothing seems perfect -- Red Bay/Persea borbonia or Swamp Bay look really really close, but the connection of fruit to stem is different, and a few other little things like that. The seeds do look similar though.

Does anybody have any idea what this might be? And if it might be edible? I'd love to give it a try -- it smelled really nice. 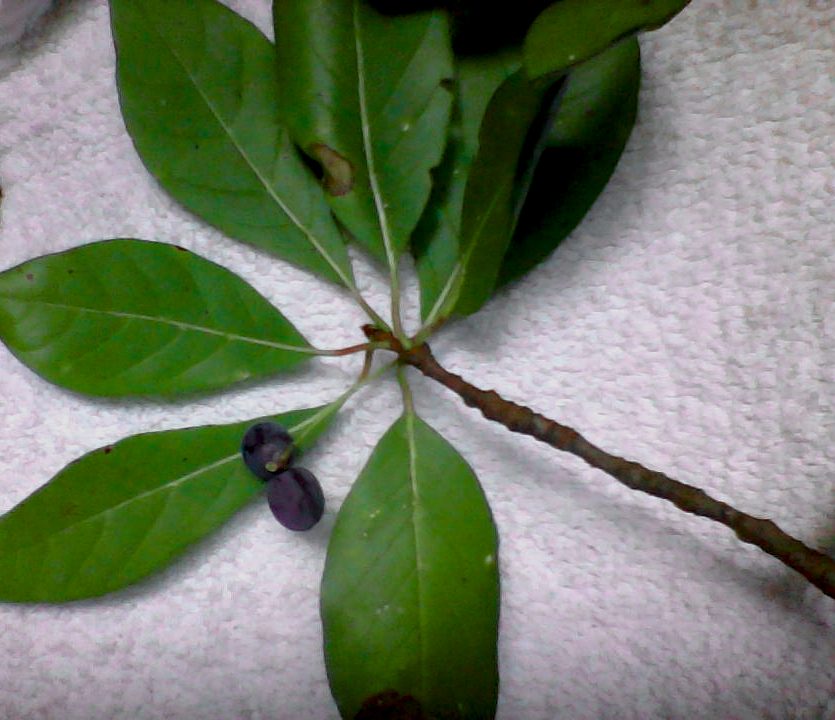 (undersides: they're slightly more yellow than this shows) 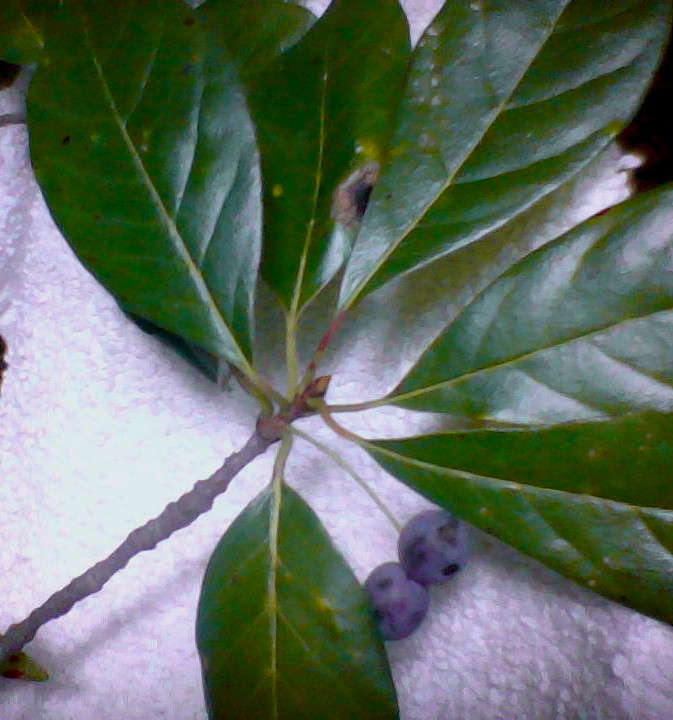 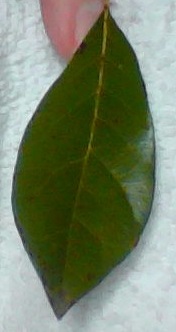 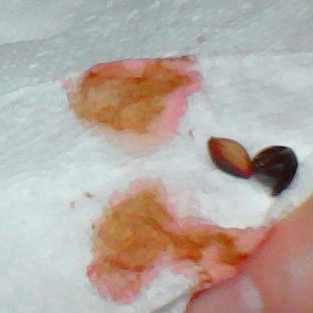 (napkin I smushed the fruit on, showing skin and seed also)
Burl Smith
Posts: 420
Location: Richwood, West Virginia
4
posted 10 months ago
In following a hunch I looked up Damson:

...Then took the hint and went to the Myrtle family: 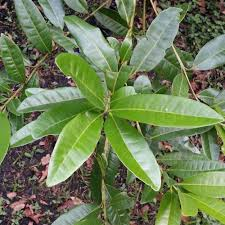 So I'm guessing it's at least the Bay Rum's second cousin.

posted 10 months ago
looks like black gum/black tupelo. the fruit is technically edible but is frequently both very sour and very tannic (varies a bit by tree).