I'm currently working remotely from my gig and we decided to take our show on the road to my grandmother-in-laws place back in MT (where my wife grew up).  So while settling in here I've realized my GMIL doesn't have much in the direction of food production here and there are a variety of reasons for that:
1.  She lives here by herself most of the year and she is 80.
2.  The weather here is rough (edge of zone 3/4).  (She live outside Yellowstone national park on the Madison river, technically it is Cameron MT...but she doesn't live in even that modest town.  It's near the intersection of Highway 87 and 287.)
3.  There are gazillion's of gophers who gobble up pretty much everything.
4.  Also I might have forgot to mention there are bears...like real bears...black bears, brown bears...and oh grizzly bears :O.  One of the ladies who lives nearby had a bear go through her compost pile, and when my GMIL's freezer went out and a bunch of food went bad she put it outside and someone forgot to pick it up for her and a grizzly came to visit to snack on all of it.

Ok so there are the challenges...it's remote...it's cold and there are bears.  Despite all this I think she would benefit from a nice keyhole raised bed garden.  Something that is ~3.5 feet tall so she doesn't have to bend.  Built out of rocks (there are gazillions of rocks here too), and fronted with some shrubs to the south (will explain that later).

So the rocks would be able to absorb the sunlight and warm the soil before the real growing season starts.  This microclimate will allow some cold tolerant crops to be planted before the full ground has thawed without protective cover.  The shrubs in the front will be deciduous in nature (raspberry canes, blueberries, etc.).  Allowing the warming of the rocks in the spring but then providing a bit of shade in the hot dry summer to prevent over drying out of the soil.  Also you might notice there is a compost section of the garden that will only be for plant debris (preventing bears hopefully).  A small bench will be built into the keyhole to allow for comfortable resting while working.  So my concerns are:
1.  Will the bears be a nuisance if we do use raspberries or blueberries?  It seems like a risk, and if so is there some better crop that the bears won't care as much about but that is of value to us humans.
2.  What does one do about gophers?  I'm all about trying to have nature solve the problem for me, but building habitat is unnecessary as we live in nature's habitat...so I could try to build some raptor habitat but the osprey and eagles are already flying all day and they are more interested in the fish in the river than the gophers.  I don't believe snakes will be popular with all the ladies here...unfortunately.
3.  Do fruit trees (like apples, plums, apricots, etc.) attract bears in the same way berries do?  Would it be a better idea to scrap the berries and move straight to apple trees and just use some ornamental shrubs to provide the microclimate i'm looking for?
4.  Is dry stack durable enough to build a garden bed out of?  Remember the bench...it will need to be pretty sturdy.
Raised-bed-garden.png 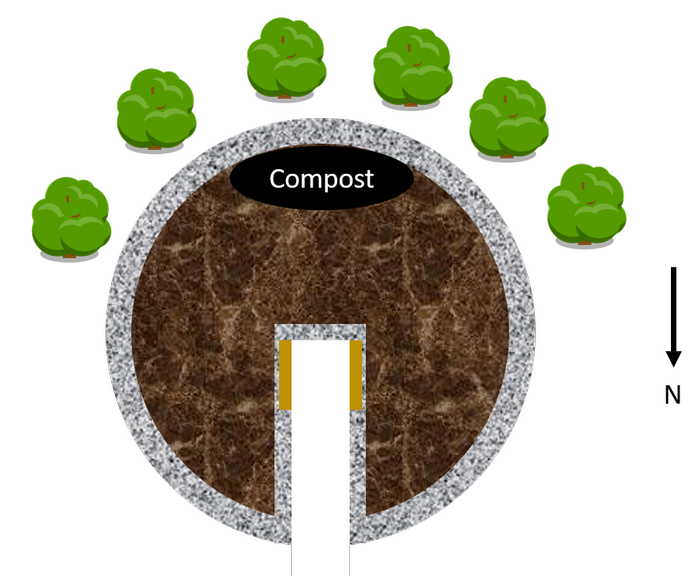 posted 3 months ago
Sorry man, bears are going to tear that thing up. They love berries more than anything else, I feel. However, it is my experience that bears, although always looking for a snack, are extremely lazy. A good fence usually keeps them out. Although if they are hungry they will easily go through anything you can reasonably build. Hot wire can work but I wouldn't think grandma wants to deal with that. But, hopefully someone on here knows more than me and has a good idea.

I have lived in Alaska, Wyoming, and now California and had bear problems in all three... CA is the worst though cause they are hungry!!! My neighbor shot a load of birdshot into a bear's ass last year when it was eating ALL his new chicks and it came back 2 days later to go for the hens! On the other hand, I let my dog out after the same bear (ol' bare-ass) when I caught him demolishing a pear tree and I haven't seen him since.

Colter Schroeder
Posts: 23
10
posted 2 months ago
Well...cut the berries out for now...but i did build the garden.  Just finished it yesterday.   Time to start planting.  Hoping that the rock wall will keep the soil warm and also not fall over 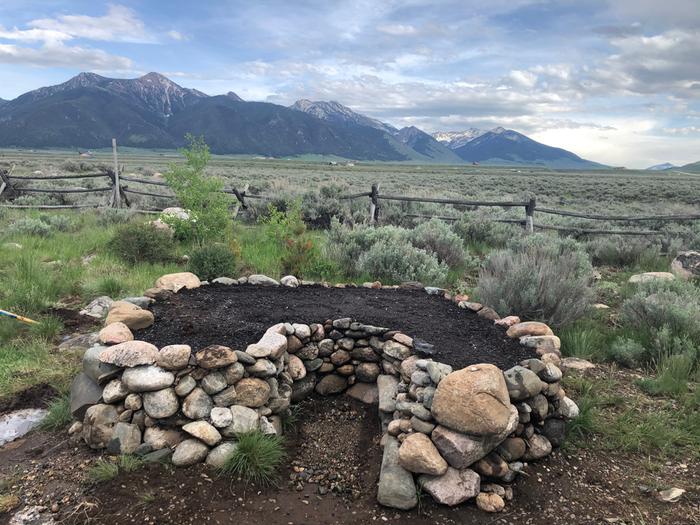