We cleared a small space around some wild apple trees we have on our land, fenced it in and mildly tilled the soil and cut grass/weeds to start with. We've now done the following:

1. Laid down wet cardboard for the various reasons that people do sheet mulching
2. Put a thick layer of good top soil we got from the side of the road in the forest where we live (most definitely full of weed/grass seeds)
3. A layer of dried leaves
4. A final layer of cut grass from the property (again probably full of seeds).

We did not have access to manure or other organic material to use as mulch.

We plan on planting in the next few days - for the bigger plants we will be cutting holes through the cardboard, however I'm still not quite sure how to go about planting things like clover for groundcover (will it be able to make it through the layer of leaves + cut grass ?).
Given the material we had available, should we have layered things differently ?

Any thoughts would be much appreciated.

Thanks in advance
Farmer Ben 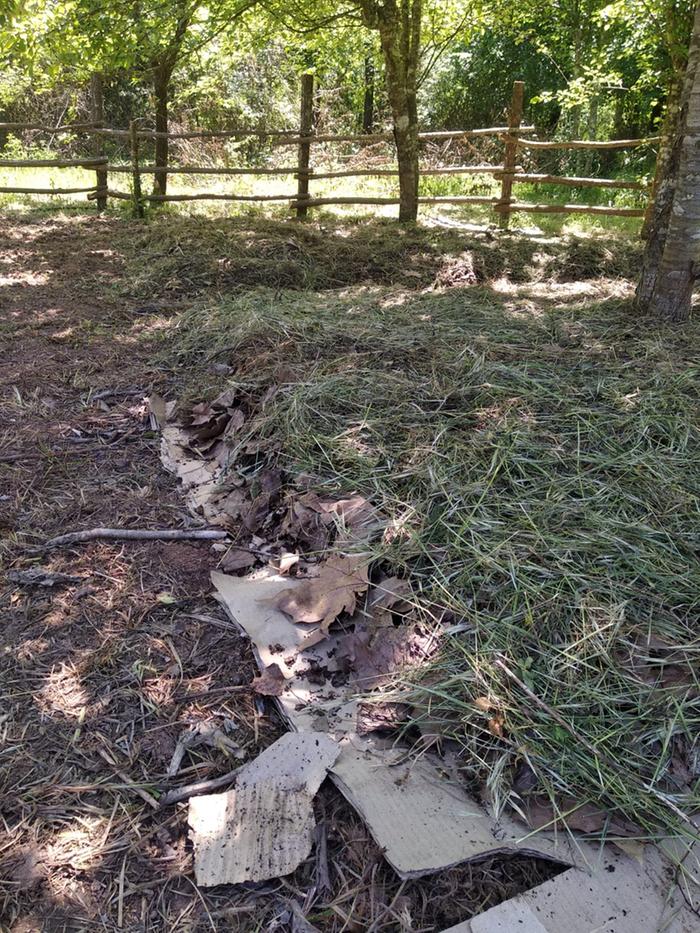 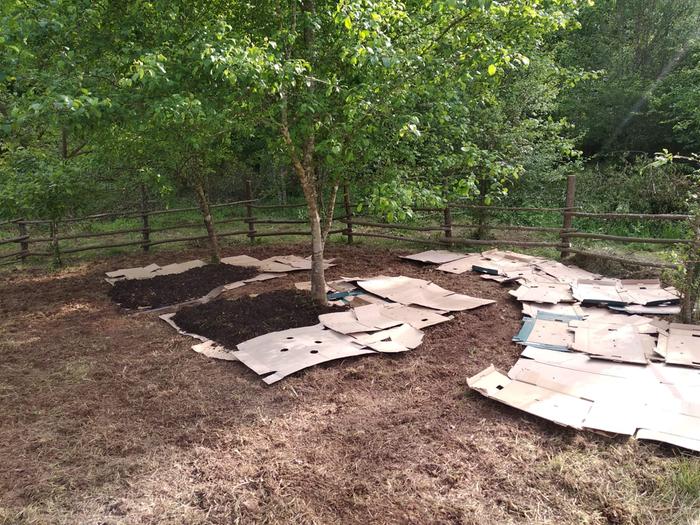 posted 2 years ago
Sure do like the looks of what you’re doing. The first time I ever used cardboard I wasn’t sure how to progress either. A month after planting the cardboard was still there and the bed was really shallow. I ended up putting shallow rooted lettuce seeds in. By the time I harvested them the cardboard was all gone and the soil was much nicer.
I forgot to look at what zone you’re in but it may not be too late for you to go that route. If so you could cut holes and drop seeds in or transplants. Either way you’ll do great and be surprised how well things grow. The cardboard is going to bring in a lot of worms. Enough to really feed your plants and give just the right amount of fertilizer as they grow. The one problem that I’ve had planting a fresh bed like yours is critters. Birds and squirrels will come through kicking your bed toppings all over your seeds and possibly smothering them out.
I’m going to attach a picture of my solution that’s worked well so far. Keep me posted!
image.jpg 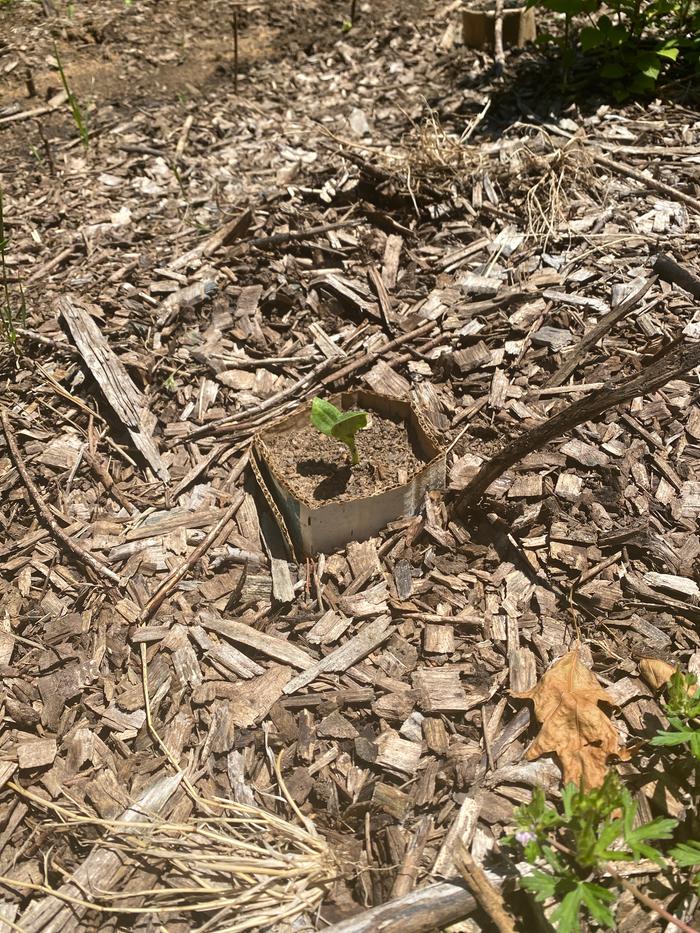 posted 2 years ago
I just roll up a piece of cardboard and leave the bottom open. I dig a hole and put it all the way in making sure to leave a lip above the mulch. Be sure to pack the soil in good to cut down on setting.

The top soil was heaviest (and you don't want it exposed to the sun) so putting it over the cardboard makes sense.
I might've added the green layer next, which would have taken advantage of the moisture in the grass,
then topped it with the leaves (as I like brown on top) but, it's not a deal breaker. I also might've done half
your way, half the other, just to see if one was preferable.

For the clover,  I'd create little furrows and expose the topsoil.
Then I'd plant the clover in those rows, lightly covering with the soil. If you wanted to sprinkle some of the
grass on the top to keep it moist, that might work too. (I'm in TX, so I'm always thinking about moisture.)
I'd probably try one area to make sure it was successful.

If the cardboard is kept moist, it'll make it easier for the roots to penetrate. Some of that
is dependent on the moisture in the soil below it, rainfall/watering, & the ability of the layers above to retain moisture.
If you have worms in the soil below, they'll help break it down.

It's probably best you didn't have manure. Many manures are from animals fed hay that was sprayed w/ herbicides.
The herbicides can persist in the manure and ruin some crops (some, not all.)
(Ag colleges have posted warnings about this.)

Good luck with your admirable effort!

posted 2 years ago
I suggest initially starting with a much more robust groundcover than clover.  I'm having good success with Mung Beans and Black Eyed Peas from the grocery store.  Just throw them around thickly on top of everything and water regularly unless you get good rains.