posted 8 months ago
Happened to notice that it was a bit of a priority to have more certifications for this BB.

I also happen to have a system that has been idle for too long. Collecting dust bunnies & spider eggs. So here are some preliminary pix & words to get 'er done ...

The pic shows top & bottom of 2 panels that were home made from individual solar cells soldered together. The panel on the right was commercially made a few years later. Solar cell technology improved during that time so the one large panel has approximately equal output of the two smaller ones combined.

A charge controller & wiring box is laying on the center panel. Below that are an inverter to convert 12vdc battery power to 120vac for small appliances. The blue box is a grid tied inverter & there is another one hiding somewhere. Either grid tied inverter can couple all the panels into the main electric grid. The portable panel is USB output with a AA/AAA charger shown attached.

The homemade panels are very strong physically. 3/8" tempered glass like used in high rise buildings. The kind Batman & burglars crash through in the movies. Not very likely! Thick aluminum frames. Those panels have 2 weak points though. One is the bubbles that formed & grew over time. I did some internet research into homemade panels before starting & read several places that marine epoxy was the best encapsulating material to use. In the spirit of not everything on the internet is true the epoxy eventually yellowed & tiny bubbles grew bigger underneath. NOW I know the bubbles can be eliminated by using a shaker table (waterbed vibrator mounted on a piece of plywood). Yellowing is prevented by using sylgard instead of marine epoxy. It was a fun project but probably not cost effective these days.

The basic power formula for electronics is P=IE. Power = current times voltage. Watts = amps times volts. The formula works for AC or DC voltage. Common meters measure AC RMS voltage, not peak voltage. RMS (root means squared) is a fancy mathematical averaging method that allows comparing AC to DC. For the purposes of this lighting discussion 120 volts is 120 volts. Or 12 volts is 12 volts, or whatever voltage the batteries & bulbs one wants to use are rated at. The same applies to heating elements. AC or DC will operate a basic incandescent bulb or heat element the same. Things get wonky fast with more complicated devices though. For example, a standard computer or TV plugged directly into a 120 volt battery won't work. It very well might burn.

My new battery is rated at 115 amp hours. 115 amp hours/8.33 amps = 13.8 hours is the theoretical amount of time it will operate 100 watts of DC lighting. AC lighting would be less due to inverter losses. About 12.7% loss for the inverter shown. AC lighting will also be less because inverters stop working when the battery voltage drops below a certain voltage. So, to avoid the inverter losses, I'm using 12 volts DC to run 12 volt light bulbs for a heat bubble. If I had to run the wires a long distance I would use AC only because that is a more efficient distribution method.

posted 4 months ago
Beautiful weather today so I motivated & attached the large panel to the frame. Then drilled a hole in the wall & changed some connectors & voila' ... a grid tied AC & a stand alone DC system is functional again. Still need to mount the 2 small panels. Going to add a weatherproof container for the battery & a 12 volt outlet for PEP/PEX. Will also add a shelf to hold an inverter & a hot plate. I cooked supper with that system almost every night for several years.

This is an interesting article about tilt angle. It provides a non-typical perspective.

posted 4 months ago
Just discovered my magic button doesn't work with transferring pictures so here they are all in one lump. Maybe. I apologize in advance if the internet implodes. 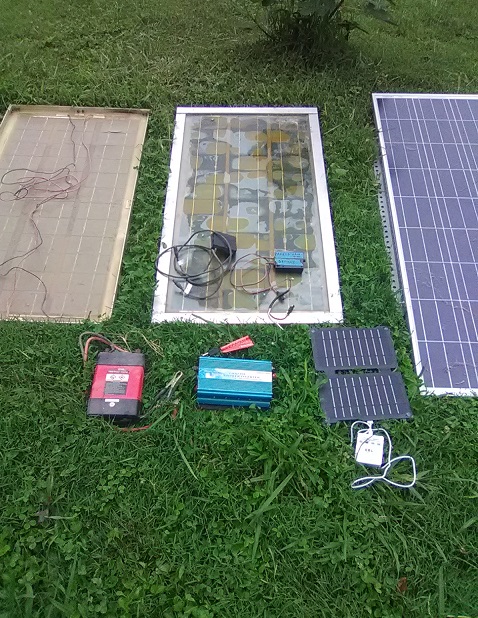 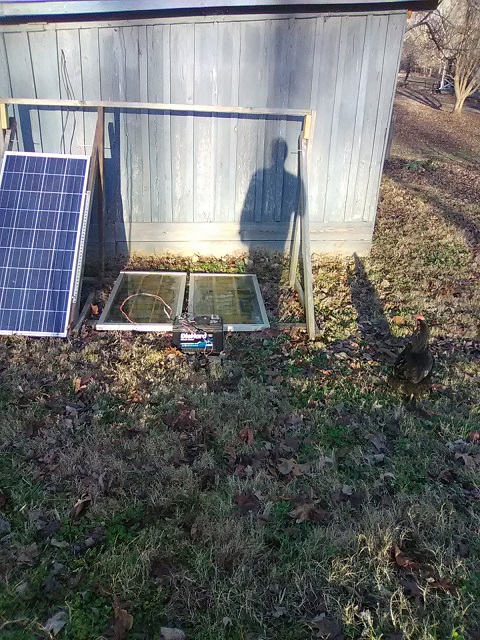 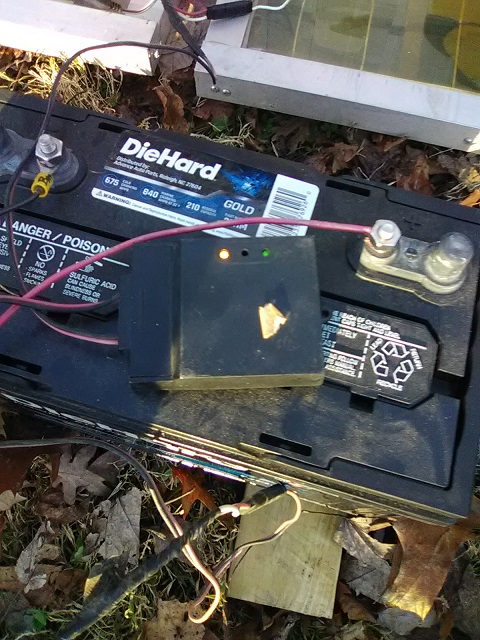 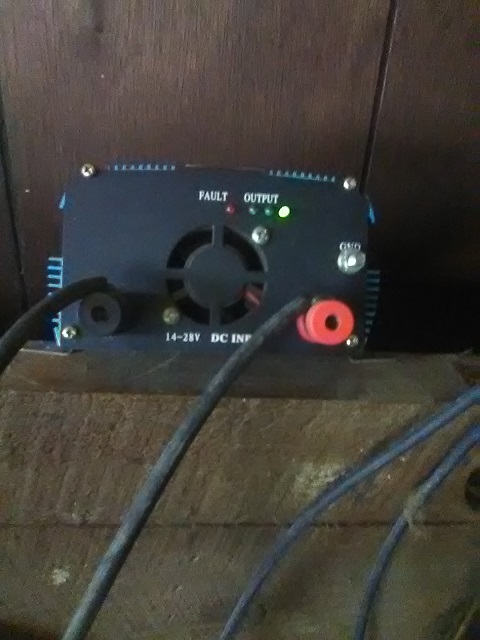