Seeding until something better can be done

Posts: 231
Location: Central IL
posted 11 years ago
I've written before that I've got a washboard-via-washout bumpy lawn, where I have rows or mounds of grass with dirt valleys in between.  Well in some areas I've added some commercial compost and seeded with some success, and in other nearby areas I've done that it has re-washed out before the seed I sowed could grow (probably a combination of bad timing and long germination of KBG, or perhaps the torrential rains I've seen).

Well I want to prevent more washout while I'm waiting until I can either pay to get it fixed, get a whole lotta dirt and a drag mat, or wait for the lawn fairy to come and fix it...  So I'm thinking about sowing some quick sprouting grass to hold onto the dirt.  Perennial rye or some generic fast-seed mix from the farm supply barrels.

does this sounds like a good idea or excess work that won't get me anywhere.  I'm sick of the bumpy ride, and hope to fill in with dirt eventually, I don't want it to get worse while I'm waiting though.

I've been trying the patience and keeping clippings laying and adding organics as I get them (like soybean meal for fertilization or coffee grounds when I get them, etc.) to soften the ground route, but I think the bare dirt isn't helping much in that regard, since nothing stays there.

Arrrgh!  Suggestions?  Right now I just want some coverage.  Clover's too expensive for the amount, and I don't know what else would be good...

Can you attach pics?

I'm curious how steep your land is.

What was there before?

Yeah, yeah, I know your feelings about KBG and off-property compost...

I was trying to blend with what grass I already had and found that I could get the commercial compost cheaper than any other fill material...  The fact that this combo half worked doesn't bode well for me trying it again.

Before we built our house our land was a corn field (I wish we had waited a year so that it would've been a soybean field before we moved in).  We had a landscaper throw out seed, and it took well in some areas, and kinda "rowed-up" in others.  I've been hoping for the grass to "fill in for me" for about 4 years.

Hopefully I can get some pics up soon of the 2-3" deep dirt valleys/washboard.  Soil tests have shown a lack of Nitrogen, Phosphorous (I think), and organic material.  I've been working on the OM and N via various Ag feeds and organic ferts, and I'll admit that I tried adding some P via starter fert. when we moved in (before I saw the light).  I guess I should really get a current soil test too sometime. 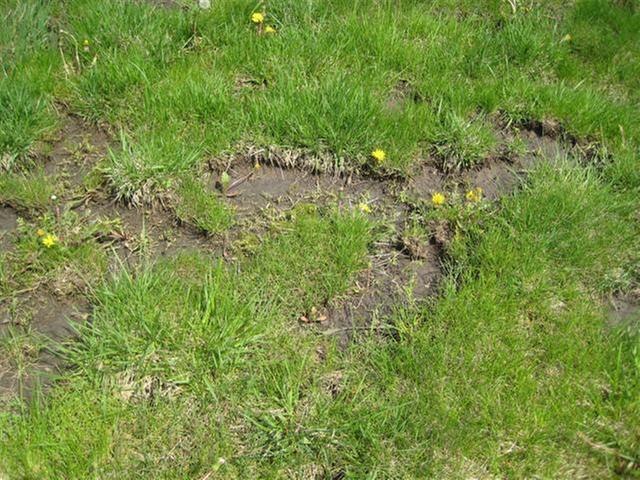 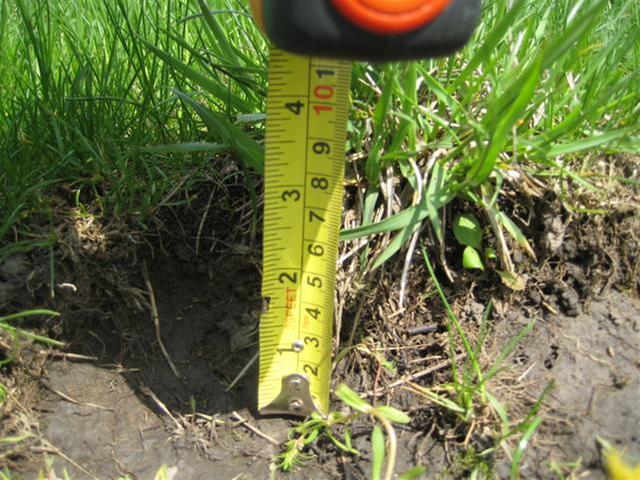 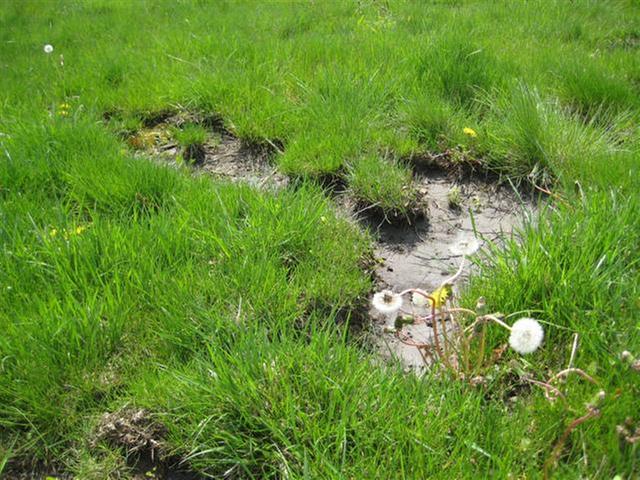 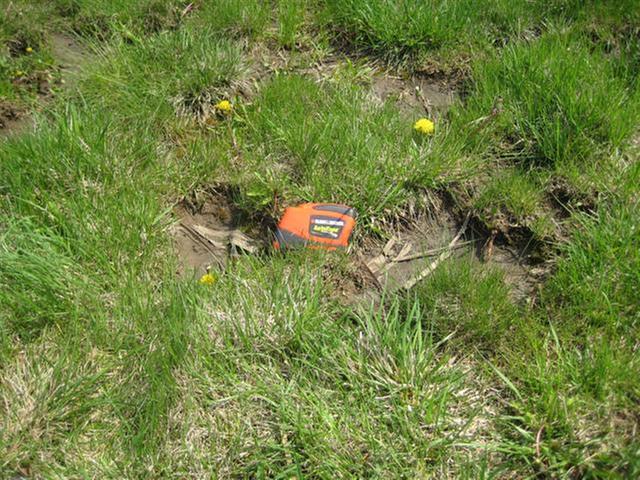 Posts: 231
Location: Central IL
posted 11 years ago
And the worst, way out back.  I don't mow back there too often, by back feels rubbery when I do, and I feel like I should be wearing a bra... 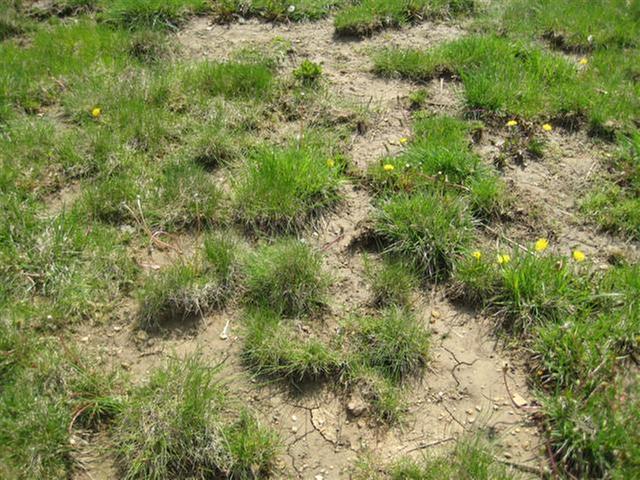 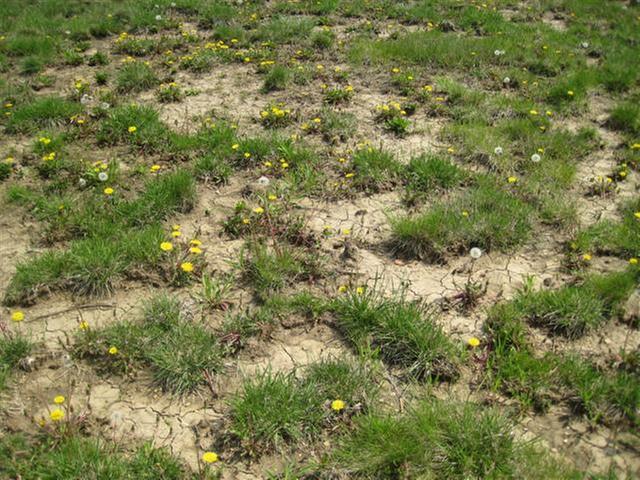 posted 11 years ago
Are you familiar with my post hole trick?

The washing out thing really troubles me.  It makes me think that most of my ideas would not be good ideas for you.

I think the post hole trick will be best.

I would rent  a power post hole digger for a day and then dig a bunch of holes as deep as I could go wherever the soil is crappy.  Then I would mix raw organic matter with the stuff that you dug out of the hole and put it back in the hole leaving it significantly mounded.  Then mix some tall fescue on the surface of that mound.  This mound should stay put.

Take lots of pictures and keep me in the loop!

Posts: 231
Location: Central IL
posted 11 years ago
Thanks for the suggestion.  I am familiar with your post hole suggestion, and tried this year in a couple of areas, on a small scale (using a drill-run bulb planter for some small areas).

I don't have real good access to bulk organic matter.  I compost my kitchen scraps and worn out plants, but that's not much.  I do have a preponderance of cardboard which I throw in the pile from time to time as needed (I'm not as concerned about the glues and other makeup of the cardboard as you've expressed on these forums).

I'd be reluctant to post-hole enrich on the large scale based on the work input (lots of areas) and the domed-grass result.  I guess you were shooting for that idea that the grass seed would stay at least, and have some great soil to shoot roots into...  And the domes would eventually flatten, with that base of OM underneath.

That's why I was shooting for aeration to give some seed to lodge and growing some easy-grow grass to quickly cover and add some OM as I mow.  I'd be addressing larger areas than the holes would cover.  Hopefully time would work a little better for me with a general cover, instead of counting on cuttings from adjacent grass clumps to enrichen.

Neither option really addresses current mowing-ultra-bumpiness in the short term..  But in either case If I can slow the runoff by having more grass around, at least then attempts to add soil manually (and slowly) would tend to have the new stuff stay.
jeremiah bailey
Posts: 343
posted 11 years ago
Perhaps you could try some super hardy ground cover, like hens and chicks. I remember my parents had some growing on the stump of a shrub and on 2-3" river rock around the stump. The stump really wasn't even rotten yet. I bet it'd love your dirt. Its not the fastest grower, but you can divide it and plant it just about anywhere. I've heard elsewhere in this forum that cowpeas are good for holding and breaking the soil. I see that you have dandelions mixed there. Maybe encourage their seeds to take root in the bare spots? At least to hold the soil in and help break it up. Then you could encourage something else to take its place.

"Although the world is full of suffering, it is full also of the overcoming of it." - Helen Keller
--
Jeremiah Bailey
Central Indiana

Posts: 231
Location: Central IL
posted 11 years ago
Thanks for the tips!  I'll probably take a dab of this and a dash of that, mix all the advice together, throw it at the ground and see what sticks!

I'll letcha know what seems to work in my yard...

Yes, the post hole trick is going to leave mounds.  But the mounds will go away and probably turn into dips - which you can fill.

I'm thinking that your lawn looks sad and pathetic.  it needs something good.  Something deep.  At least a few spots of something that will help it to get a grip on the planet on not slide.