I’m hoping someone can help me figure out why emmer wheat failed to have complete grain fill. Here’s a little background. I am growing emmer wheat in zone 5. My soil is essentially nutrient barren. I did a ph test and it read around 6.1 the nutrients N-P-K were very low, low, and low. I amended the soil with 50 lbs of chicken fertilizer and 50 lbs of alfalfa meal pellets and some azomite rock dust for any other micronutrients. I followed the directions according to the manufactures recommendations of fertilizing rates. The soil is mainly clay (dredged out of neighboring creeks). I watered the wheat once a week until the heads began to form and stopped. However, I had some later summer storms come in and the wheat lodged several times. Now that I have harvested the wheat I took 10 stalks and tested to see how many heads filled out and 9/10 heads were blanks. I am thinking that I may have over fertilized considering emmer likes poor soils. Basically I am rather confused because I had beautiful development of the wheat heads but they’re mostly blanks. Any advice would be much appreciated thank you!
John Weiland
pollinator
Posts: 1820
Location: RRV of da Nort
357
posted 1 month ago
Would you be able to post some photos of the heads?  Do you know if your region in general has wheat growing that has had bad epidemics of Fusarium head blight (FHB)?  Having a decent crop and then having rains/lodging during head flowering could lead to pretty substantial aborted head filling if inoculum was present in your area.

Tony McCloud
Posts: 5
1
posted 1 month ago
I do not believe my region has had severe FHB. In my area we typically have corn fields and few wheat fields in my immediate vicinity. I have read that lodging can affect yields something like 1% of yield per day? I looked at the wheat and it appears that it lodged at least three separate times at each node if I’m correct? I have attached some pictures which hopefully will prove to be useful. Thank you!
880522EE-6E0D-4CFE-ACAB-0BCD54C4A17F.jpeg 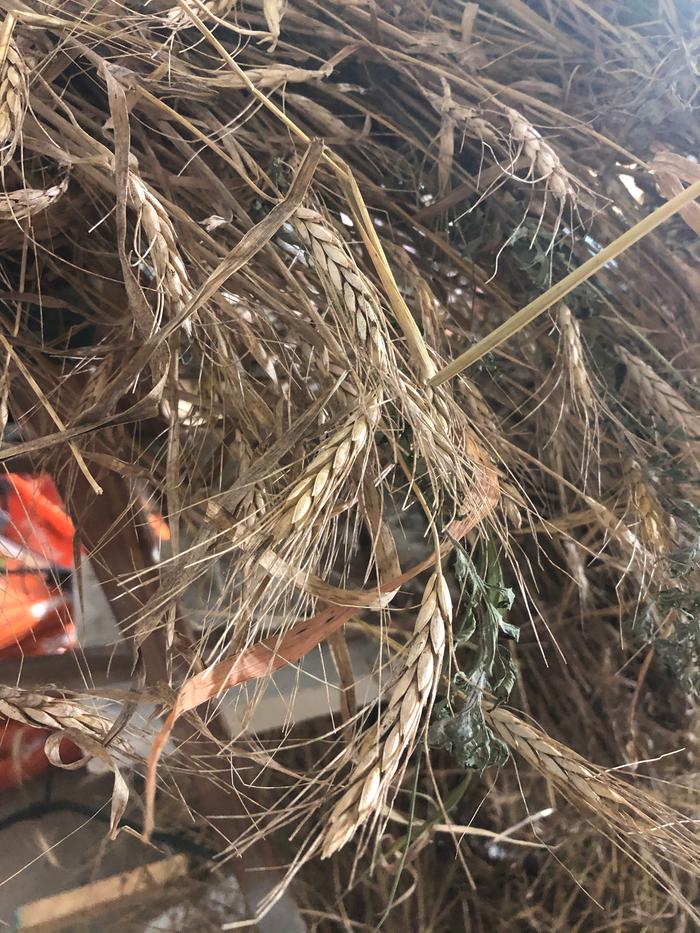 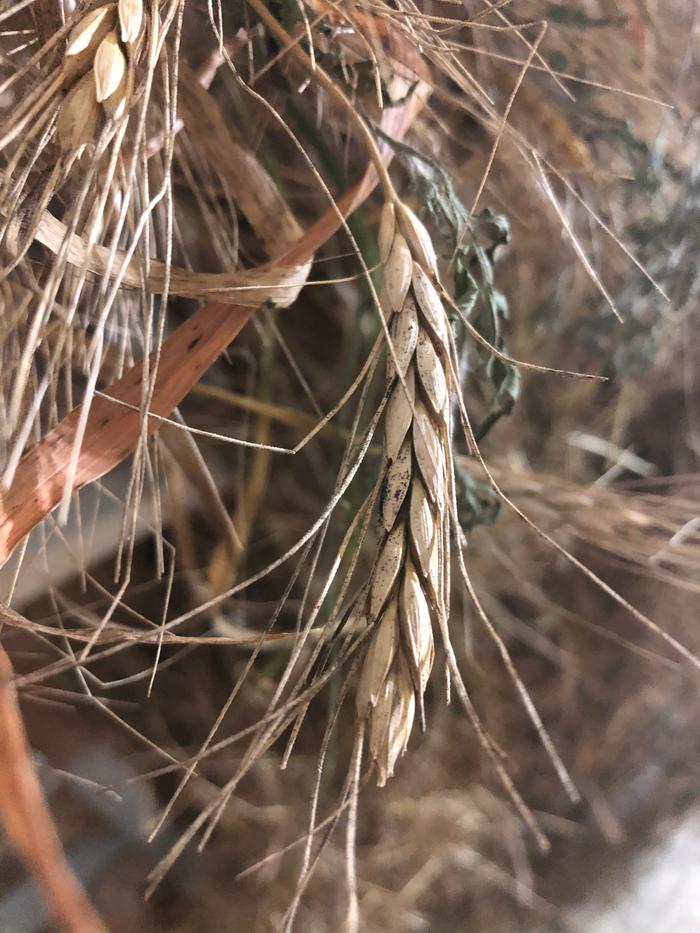 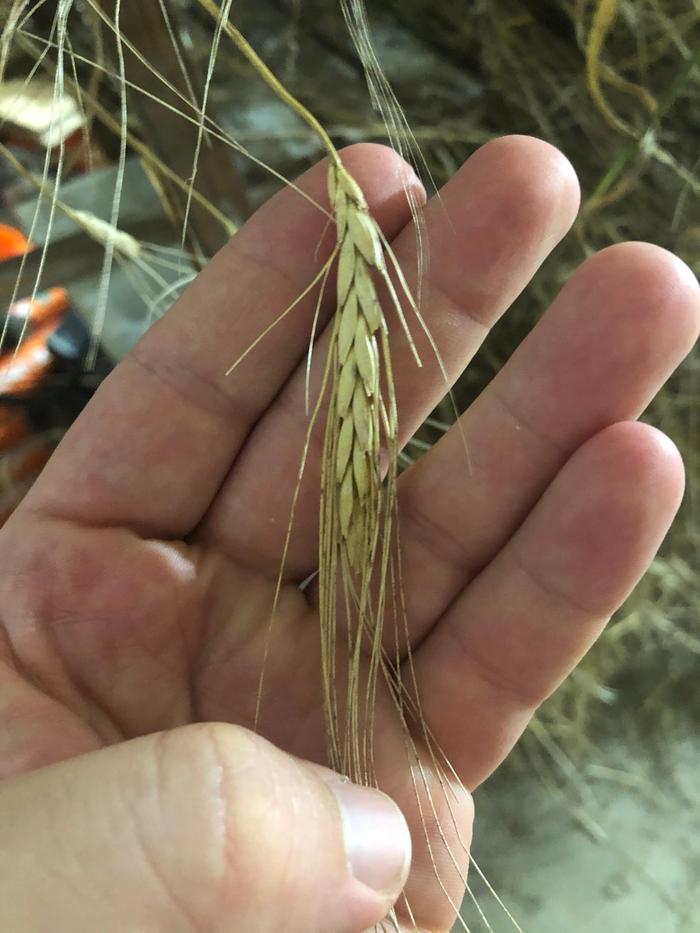 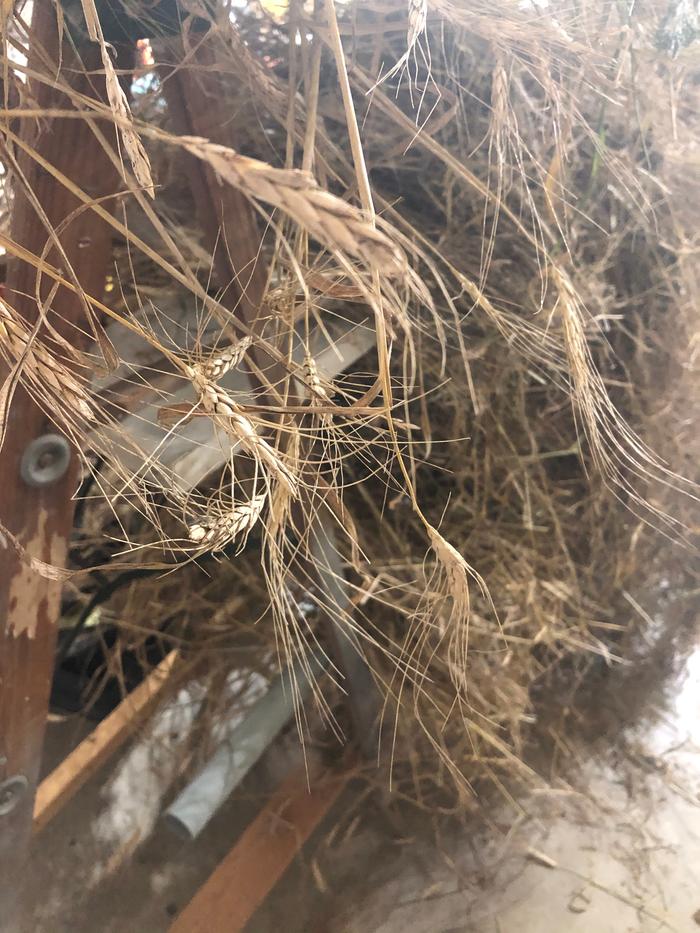 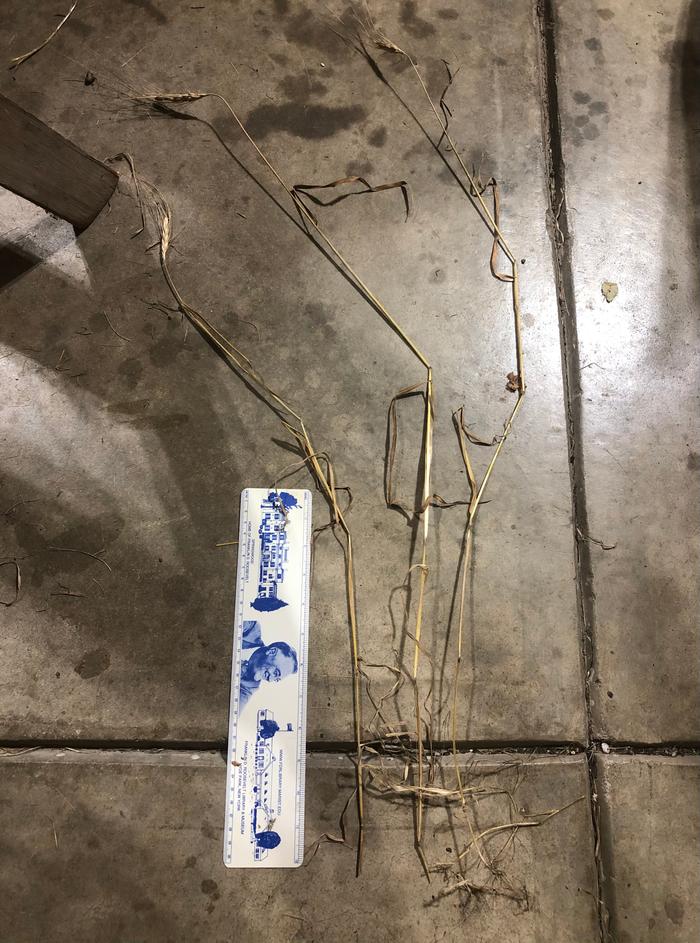 John Weiland
pollinator
Posts: 1820
Location: RRV of da Nort
357
posted 1 month ago
Is there a chance that you live anywhere near a county agricultural extension agent or office?  If you could possibly bring a bag of your wheat into them, they may be able to make a call on your issue pretty quickly.  Also worth noting that corn and soybeans both can support the build-up of Fusarium fungal species that could cause scab in your Emmer -->   https://ohioline.osu.edu/factsheet/plpath-cer-06

Although some Emmer wheat sources *can* be more resistant to scab than common wheat varieties, there are other sources of Emmer that have very little resistance to the disease.  Good luck with the sleuthing!

Tony McCloud
Posts: 5
1
posted 1 month ago
I see! Thank you for your advice and information.