Rogues' Gallery- Is there a compilation of Bad RMH's?

I am curious if anyone has seen or made a compilation of "fail" RMHs. Teachable moments if you will. Maybe graded on a scale.

I feel like I have heard Paul mention something like this at one point or another in the podcasts.
nathan luedtke
Posts: 165
37
posted 5 years ago
Boom-Squish, people.

If something like this happened I don't think they would be able to post on Permies afterwards.
nathan luedtke
Posts: 165
37
posted 5 years ago
I know that Ernie and Erica have seen their fill of wrongheaded RMH "innovations".

Anybody have documentation, photos, war stories?
Posts: 238
Location: AR ~ozark mountain range~zone7a
9
posted 5 years ago
I like the idea of a 'failure compilation', for me that is one of the best ways to learn, based on actual failures & perhaps the analysis that is created from it.

Here is one failure to get ya started.

I tried using bathroom tiles for the floor, & walls of the (outdoor) burn tunnel. They began cracking under the RMH heat, PINGS & ClincKs were the sound of disappointment as every piece of tile I had used, fractured, often fracturing each tile in 4-5 pieces. Each tile was backfilled with liquid clay slip & coated on the flame side with clay slip. To complicated matters, I had used the tile in the very heart (foundation) of the RMH, and therefore a total rebuild became necessary. This could have been avoided if I had simply bought more than 15 brick. I wish I had documented the failure better for this thread, but I think I have a few pixs that show what I did.

The first pix shows the tile burn tunnel in the background of the pix, I thought it would be 'tricky' to simply groove the fire bricks with my wet saw, and place the brick upon the tiles 'tying' them in place, once backfilled. Even tho the clay slip backfill had hardened nicely in place, the basic foundation structure was broken and I didn't care to continue testing tiles in the burn tunnel. I also used tiles to make good 'leveling shims' for where the burn barrel fits, and they were good for that.

Pix 2, Another shot, as I was building atop the tile walls and floor of burn tunnel (the ceiling & base of the heat riser is fire brick).

Pix 3, Shows the stainless liner I put in there. Which rolled up & melted, rather quickly! 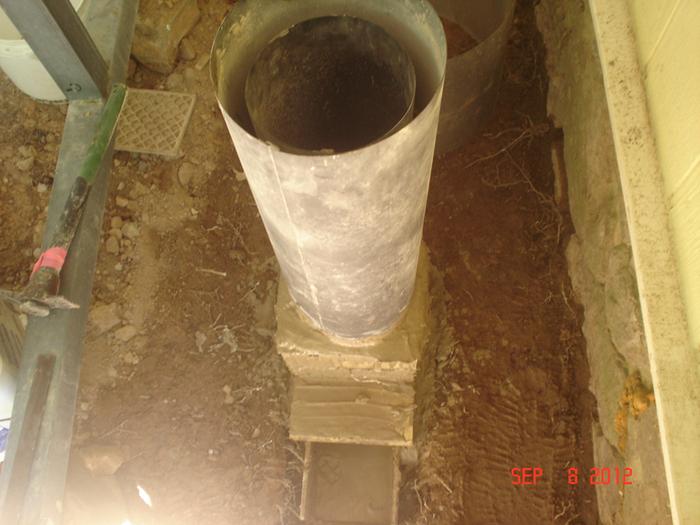 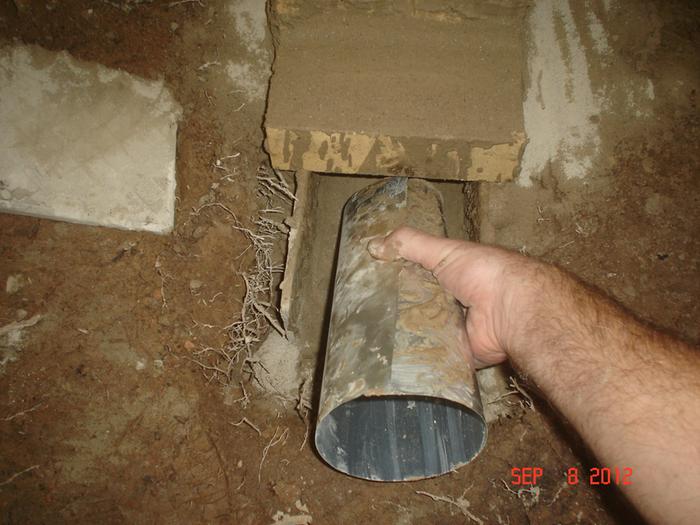 Posts: 238
Location: AR ~ozark mountain range~zone7a
9
posted 5 years ago
This is all the parts after I disassembled, I guess I actually bought 10 bricks...LOL, not nearly enough!

See that green painted barrel? Probably shouldn't use old insecticide drum!...serious fumes will burn off of that thing, absolutely burn, scrub, or grind all that paint off that thing!, mine was outside and the vapors would make my eyes & nose irritated if I got near it while firing. If you tried to burned it off inside your house, chances are your whole house would become coated in a painty-plasticy-highly caustic oil based deadly vapor!

Posts: 3113
Location: Upstate NY, zone 5
152
posted 5 years ago
There is a vast array of innovative metal J-tubes on youtube, a few of which also show the aftereffects. I especially like the series by kntryhart; the next-to-last one, "Rocket Heater Autopsy", actually describes the main failure modes while showing the spalled structural steel burn tunnel and pile of cracked flue tile heat riser fragments.
https://www.youtube.com/watch?v=mDwb-foco0I
Erik Weaver
Posts: 219
Location: S.W. Missouri, Zone 6B
8
posted 5 years ago

Glenn Herbert wrote:There is a vast array of innovative metal J-tubes on youtube, a few of which also show the aftereffects. I especially like the series by kntryhart; the next-to-last one, "Rocket Heater Autopsy", actually describes the main failure modes while showing the spalled structural steel burn tunnel and pile of cracked flue tile heat riser fragments.
https://www.youtube.com/watch?v=mDwb-foco0I

It is nice seeing the "autopsy" of the failed system, but there are things I just don't understand.

"Everyone" knows metal will not survive. So why use metal, and then complain that it is not working? I don't get it?

It can't be that he enjoys the process, he says he does not! So he isn't doing this just because he wants to see how long metal does last. Then he buys stainless steel, and complains about the costs ($150 for a heat riser liner, alone). So he is does not have so much money that he does not care.

So I have to ask, why not do what is recommended and build the think out of fire brick? (Or refractory, if one prefers to try a cast.)

I mean, if you keep doing what is *not* recommended, you really cannot be surprised when it fails, right? He moans about the lost time, material, and costs. So why didn't he build it with the materials specified in the first place??

Thank you for posting the link. It was certainly interesting to see the metal peeling away to nothing in such a short amount of time!

Posts: 3113
Location: Upstate NY, zone 5
152
posted 5 years ago
In the comments on one of kntryhart's videos, he mentions that since he wants to use waste oil, he had to use metal because the oil soaked into the brick and messed things up. Of course, he could have done what someone else did and add a "drip tray" in the floor of the feed tube/burn tunnel to catch the oil.

These videos are chock full of comments/suggestions to use concrete or various kinds of metal. It seems most who have heard of the concept have not actually researched recommended practice, just jumped on ideas of other tinkerers.
Erik Weaver
Posts: 219
Location: S.W. Missouri, Zone 6B
8
posted 5 years ago
I missed the part where he said he wanted to burn oil as his primary fuel. I only heard his comment that he had thrown in some oil.