I thought y'all might get a kick out of this.

I was curious if others are using this method to build dams. Very little info about small [stone] dam construction on the net. We built it like a retaining wall, and packed small rocks and dirt behind the wall as the stones were laid. It seems to be holding up very well, though we did just get 1.5" of rain and I havent checked it yet.

I expected her to blow on the first rain, you can hear me saying "if this breaks we are going to die" in the video. I really underestimated her! 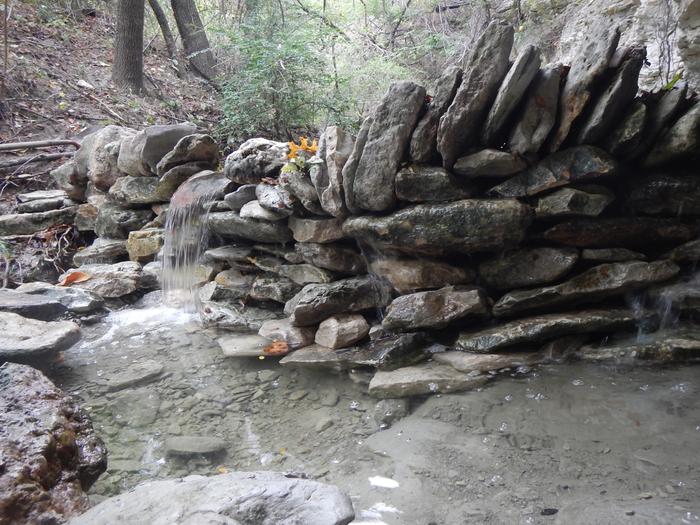 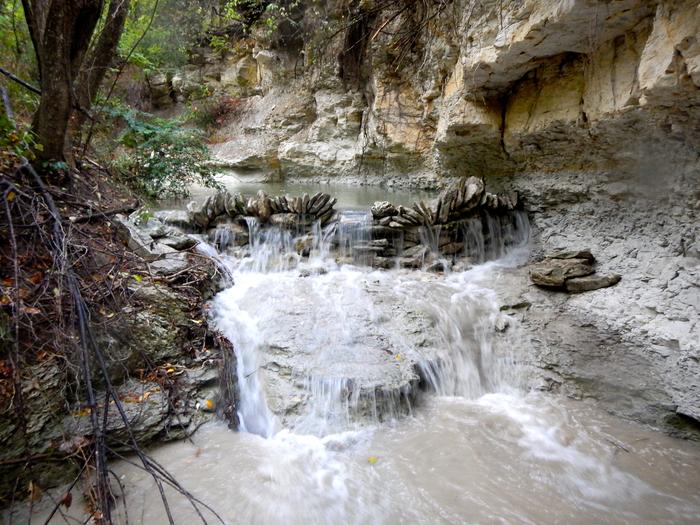 posted 7 years ago
Graham Robertson : I would say that you had some great luck with this, had I not seen dozens of these along the Appalachian Trail, and off shoots. Some of these had evidence
of moonshiner activity, or long term camping, which is illegal just about every where trail Trail goes !

Welsh miners, often worked in under ground mines with ceiling heights of around 4 feet or less in very wet hand dug mines, and often followed water courses they found in the
seems of the rock, as that was easier pick work, however their production quota was in ore not amount of rock moved !
The welsh miners be came expert in making channels, dams and sluice ways to divert water away from a work site, tho they often had to work in water mid calf to mid thigh

The rock used for this was what ever was available, non ore bearing rock dug out of the face of the stope or drift, and stacked to make a 'pit prop' or ceiling brace,Timbering was
mostly saved for where the cart tracks for hauling the ore out were laid !

Many Welsh miners emigrated to end up on Hard-Scrabble Farms all over the Appalachians, and used these same skills with them, to eke out a living there !

If you have a large boulder, mid stream, you can often build a dam with a Arch pointing from ether bank downstream to meet at the boulder. Other wise it is usually better from a
Hydraulic Engineering stand point to curve the Arch upstream, in the direction where the water is coming from, to allow the force of the water pressure to lock the rocks together !

Don't know where the Video was taken, could have been thousands of places from the Piedmont to the Appalachian Balds ! Thanks for the flashback !Big AL!

Graham Robertson
Posts: 68
posted 7 years ago
Hey Al, thanks for the info.

The dam in the video is in Dallas TX

My friend and I built it over the past weekend.