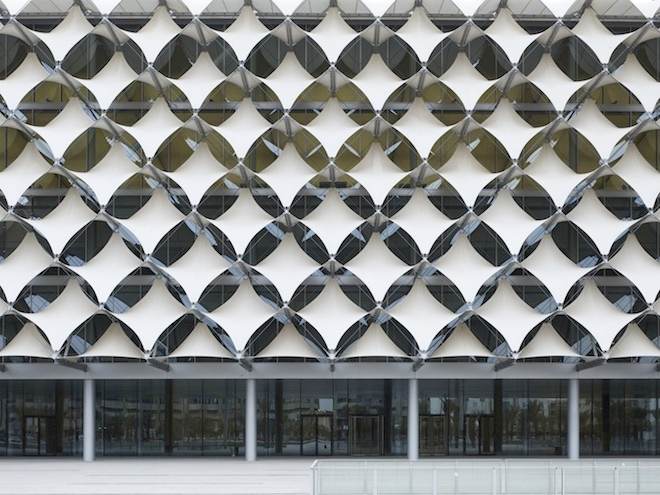 Saudi Arabia isn't well known for its architectural subtlety, but Gerber Architekten's renovation of the King Fahad National Library in Riyadh suggests that the Kingdom may be open to a new approach. Instead of completely razing the original structure built in the 1980s to hold the country's legal deposit and copyright files, the project coordinators opted to strengthen and add to the existing building. 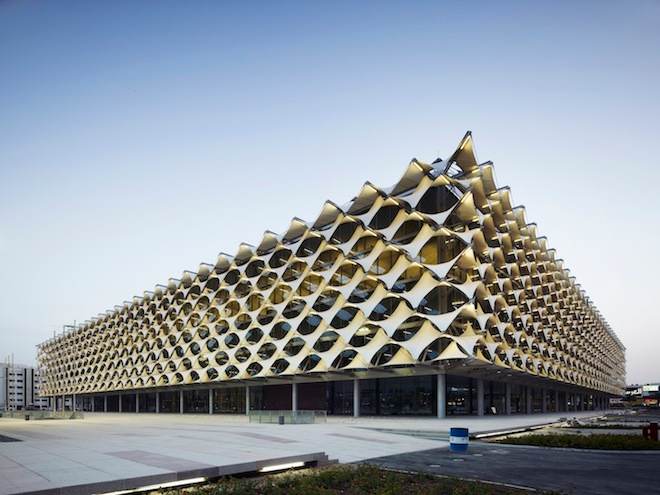 Not only does this decision maintain whatever sentimental value given to the library, it also saves whatever energy and materials would have been required for a complete rebuild.

What's more, the design team added a slew of new features that make it perform in accordance with contemporary efficiency standards. Gerber Architekten retained the original concrete building with a cruciform frame, around which they then wrapped a new cuboid structure that acts like something of a shield. 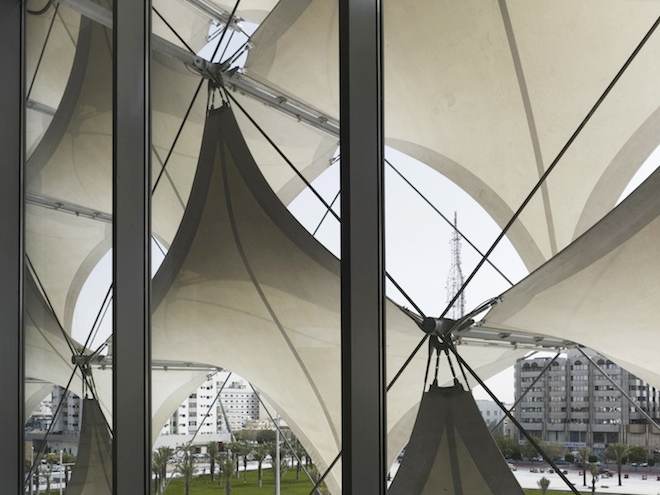 Steel and glass skylights replaced the original dome and roof, which creates stability and allows more natural light into the reading rooms. This in turn allows the library to reduce their energy consumption, since less electrical lighting is required during the day.

The textile façade also reduces the structure’s energy use. Comprised of a Teflon-coated fiberglass membrane cloth that attaches to a grid of pre-stressed stainless steel cables arranged in a recognizable Arabic pattern, the façade shades the building from the harsh sun without blocking the light. 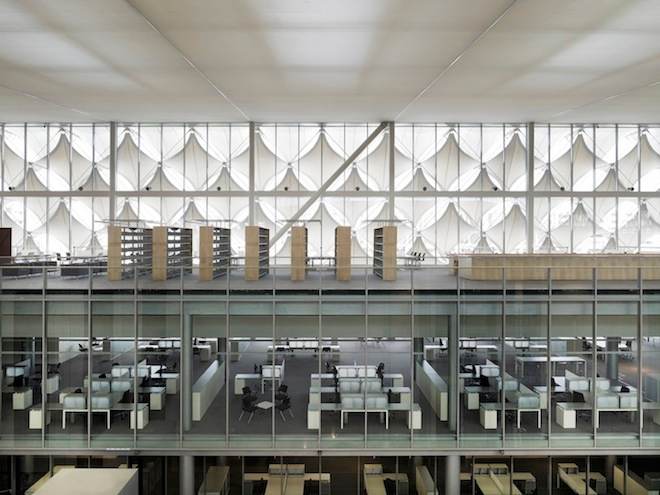 Similar external shading structures, like that attached to the Al Bahar Towers in Abu Dhabi, require a great deal of infrastructure, and are therefore less materially efficient than the simple cable wires - a brilliant intervention that creates a dynamic geometric façade.

More than just a library, the renovated building has become a visually captivating landmark in Riyadh, the largest and capital city of Saudi Arabia. Which is an encouraging thing - to indirectly promote adaptive reuse in a place that typically favors all things fancy and splashy. 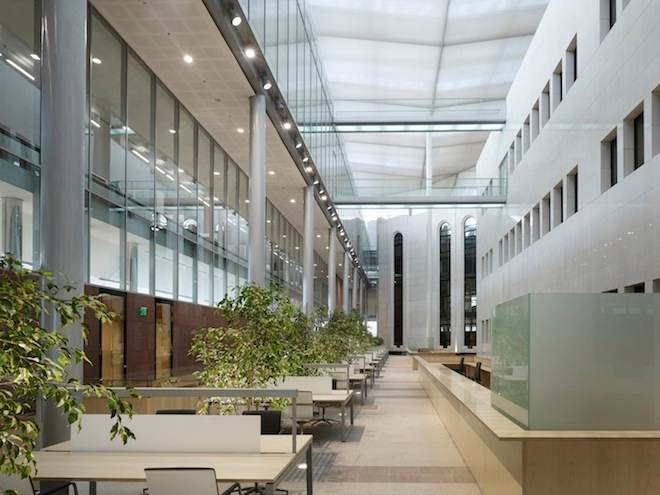 Saudi Arabia, like Abu Dhabi and to some extent Qatar, is deliberately attempting to wean its local populace off fossil fuels so that they can be used as an export commodity.

Jennifer Wadsworth
Posts: 2679
Location: Phoenix, AZ (9b)
194
posted 7 years ago
Living in a hot desert where "hiding from the sun" is a regular pasttime, I'm fascinated with shading techniques used on buildings. I found this article to be an interesting example of what is possible.

Although I'm not a fan of "Teflon coating", I still feel like this adaptation was a big step in the right direction for the following reasons:
--it saved money by NOT tearing down and starting from scratch
--it saves energy with a traditional technique applied in an updated manner (the fact that the fabric is white/light-colored plays to the albedo effect and reflects heat away from the building)
--it is in keeping with traditional Islamic decorative motifs
--it's a bold advertising for green architecture in a public setting.

The south-facing façade of the Wyndham Hotel in downtown Phoenix