Brian Adams
Posts: 38
posted 10 years ago
Here is an example of using straw bales to form a concrete house.  They stack the bales where the interior will be and then cover them with concrete.  Defiantly an alternative form of building but I'm unsure about how permie it is because of the use of concrete.

I love new ideas.
Nicholas Covey
Posts: 180
Location: Missouri/Iowa border
2
posted 10 years ago
This isn't so different from the way a lot of old root cellars used to be constructed in this part of the world.

a hole was dug which had a lump in the middle, the desired shape of the cellar to be. Concrete was formed around it and after drying, the dirt was dug out of the middle, leaving the cavity which became the cellar.
Posts: 0
3
posted 10 years ago
Humm, do you have any pics of the inside??

Could you live in that or would it be just for storage?
Brian Adams
Posts: 38
posted 10 years ago
They finished it so people can live in it.  More pictures are here:  http://www.tinyhousedesign.com/?s=la+trufa 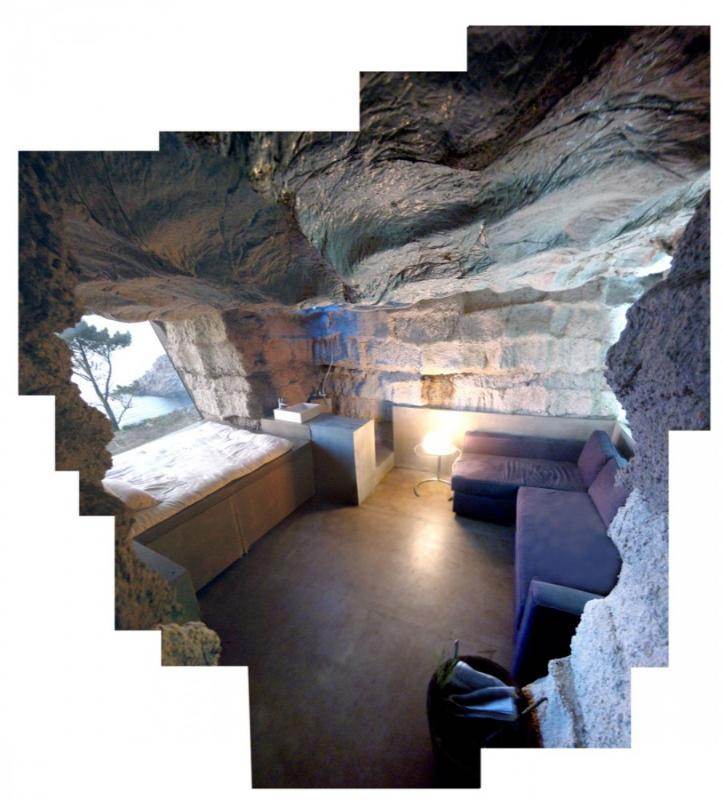 Emerson White
Posts: 1206
Location: Alaska
posted 10 years ago
I beat you to it

Posts: 0
3
posted 10 years ago
Wow thanks for sharing that Pic.

So I thought that you had to put steel re-bar(not sure how to spell it) in a structure like that if people are to live in it?

Brian Adams
Posts: 38
posted 10 years ago
I don't know the answers to those questions.  I would assume they made the structure safe with re-bar or fiberglass reinforcements although I am not an engineer and can't confirm any of that.

But looking at it again, this structure is probably meant for day use only and not as a permanent residence.  There is no kitchen or bathroom.
Posts: 0
3
posted 10 years ago
Thanks Bradon, it is a very interesting idea, I'm sure it could be done for living quarters with some adjustments.

thanks for sharing this unique idea with us.
Tom Kozak
Posts: 102
Location: Sudbury ON, Canada
2
posted 8 years ago
Wow, looks like WAY more effort than necessary!