Heavy metal or contaminant uptake through the root system.

Chris Knipstein
Posts: 45
Location: Fort Wayne, Indiana
8
posted 5 years ago
I have been thinking about posting this for a while in either the compost or soil forum but with an expert on root systems stopping by this forum I thought this might be the best time to ask.

Our city has a compost center for the solid waste produced by the water treatment plant. (Yep, the sewers.) Our city sewer lines are combined with the storm water lines, they are not separate. Everything that goes down a drain in a house, factory, street drain, etc all goes to the water treatment plant. Needless to say there is a whole lot of 'yuck' ending up there. As far as I know it used to all just go through the plant and into the river. Now the 'biosolid sludge'' is taken to a composting site.

The common sense side of me says just don't bother with the biosolid compost as I have heard there is heavy metals among other bad things in there. But the curious side of me wonders just how bad it is, and if it can be used in some way, or cleaned further than it is now. Composting it is surely a step in the right direction from putting it in the river, but now what do you do with it? All the 'ick' isn't going to suddenly stop going down the drains so it seems it would be nice to find a good use for the stuff. The city gives it away free to anyone who will take it and this is by no means a small amount either. I took some screen shots from Google Earth of the composting center. Notice the small yellow square on the left side, the second screenshot is a close up of that. That dark line you see inside the square is a compost row being spread out and turned over by an excavator. I imagine the center is several hundred acres. 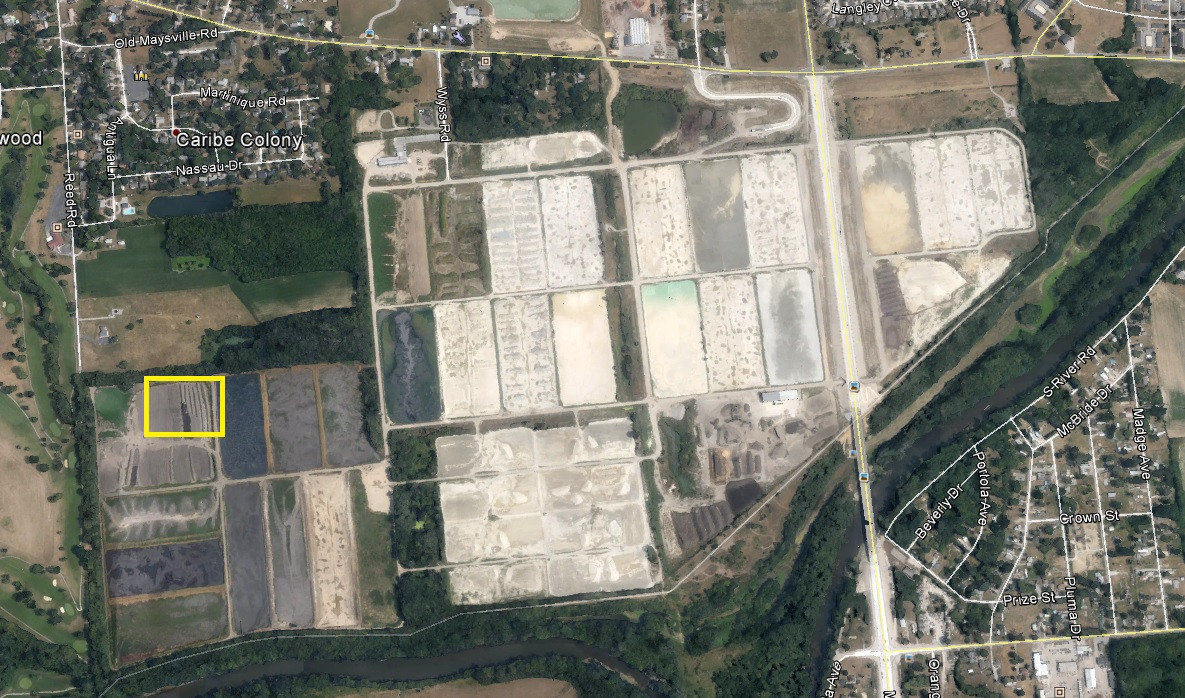 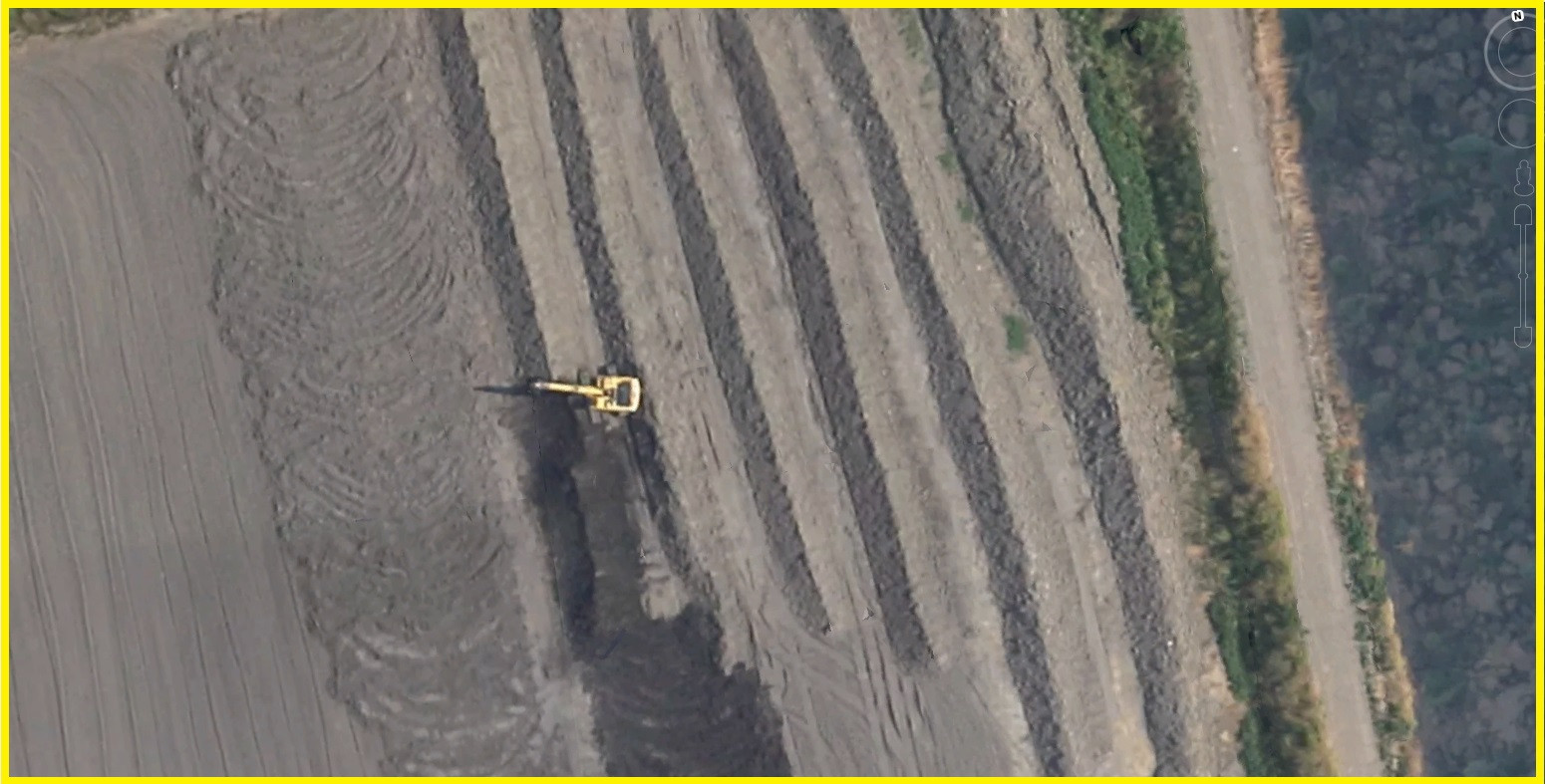 My first question is, will plants take up these heavy metals through the root system? I haven't done much research as to what metals might be there so the question is a bit vague. I spent a lot of time clicking around the internet reading about the biosolids and somewhere I read that the PH of the soil actually had to be quite a bit out of the optimal growing zone for the plant to take up metals. (Seems like it may have been an article from Cornell University but I'm not sure, I read a ton of sites in a short time.) Other places said metals would be stored in the roots and the vegetation of the plant but fruits of these plants would be fine. (ie Things like potatoes or lettuce would be bad, where things such as tomatoes or squash fine.)

My second question is, are there plants really good at pulling metals or possible other 'ick' out of the soil over time? Something where you could clean the soil by the roots pulling the stuff out or binding it up in such a way to make it inert? Again, a rather vague question not knowing exactly what might be in there. I have read of mushrooms absorbing metals and the mycelium breaking down some carbons like oil. Are there any plants with root systems good at 'cleaning' soil? Some super sponge that you could dispose of after it pulled some bad stuff out?

Chris Knipstein wrote:Some super sponge that you could dispose of after it pulled some bad stuff out?

That's the nut to crack. Yes, phytoremediation is an effective though relatively slow way of cleaning soils but disposal of the plants is a problem because the pollutants have move from the soil into the plant - http://www.hindawi.com/journals/ijce/2011/939161/
Robert Kourik
Author
Posts: 77
7
posted 5 years ago
Chris, here's some info from my forthcoming book 4-5 years in the making:


Once you eat any of the above plants where the metals (or PCBs) exist, you’re eating poison.

There is even a situation where spinach is being used to remediate lead in the soil.

Hyperaccumulation is a very intensively studied topic now. Google it. Sunflowers can absorb cesium ( I think, poor memory) but it would take over 12 years to begin to "clean" the soil. But the plant material has to be "disposed of" like it's nuclear waste.

posted 5 years ago
Robert Kourik : Your Thoughts please on Ferns as a ''heavy metal'', accumulator. While I have seen mention of the fact that these plants can be accumulators,
and acknowledgement that at least two Common types of Ferns are considered edible cooked - Fiddlehead Ferns - The only warning that I have ever seen Posted
comes from Canadian Government offices who basically Recommend that foragers know the past history of the area being Foraged - No Past history of old gas
stations, blacksmiths, or foundries in the immediate area or up stream!

Having lived in the foothills of the Adirondacks my whole life, I feel safe in foraging in the areas that i have discovered over 50 years, but hesitate to ether share
my secret patches, or turn unsuspecting would-be foragers loose in areas were the land use pattern is not commonly shared !

Thanksfor the advise to Google 'Hyperaccumulation' !

Thank you! for the Good of The Craft ! Big AL

Robert Kourik
Author
Posts: 77
7
posted 5 years ago
Sorry Allen, I don't have any fern references in the book I'm working on. But I do have this about comfrey:

As to comfrey being a dynamic accumulator, it’s very hard to find any data. I was able to find “…we showed that immobilized tannins prepared from lateral roots of Symphytum officinale L., that contained high tannin levels, chelated 3.5 times more lead than those from main roots with lower tannin levels.”[