matthew sorrells
Posts: 134
Location: Canton, NC
4
posted 6 years ago
Got the RMH up and operating now, and burning it while adding mass.

Hoping to dry it out a bit while building it so it wont take too long to dry out. Building on it once operational for the third day, we added mass to it. When it was first capped off with the barrel, it had a draft cold. It only smokes (if at all) for 5 seconds or so when it gets started, and I can probably stop that with technique. I noticed the draft slow down as we added wheelbarrow after wheelbarrow of cob, but after that was fired for a bit and (I assume) dried out a bit against the ductwork, it runs hot now. When it was running while we added cob first, the barrel was 275 degrees, after a few days it was running at 475 on the side today. I'm guessing it will run a good bit hotter when dry. It was already too hot on the top for my coffee

. The WET mass is almost too hot to touch near the barrel, and pretty hot all over. It was steaming like mad today.

Also found a source for "amish" soap to coat it with afterwards for waterproofing. Something like a pound for $2.50.

It is an 8 inch system with a firebrick riser and perlite insulation around it.

It is difficult to add cob to it without flipping little mud balls around with your kids who are helping. 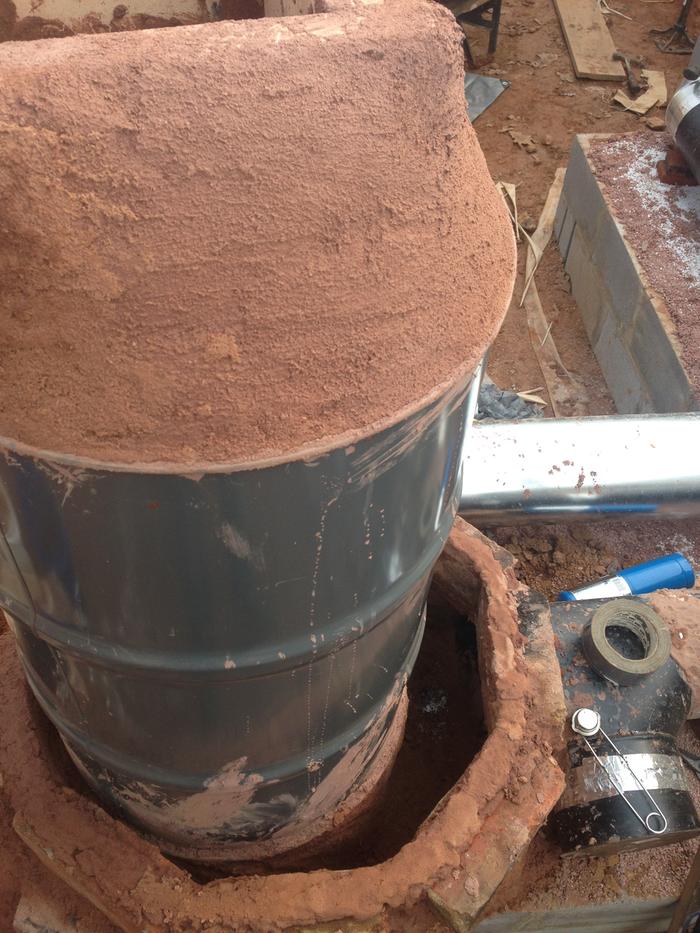 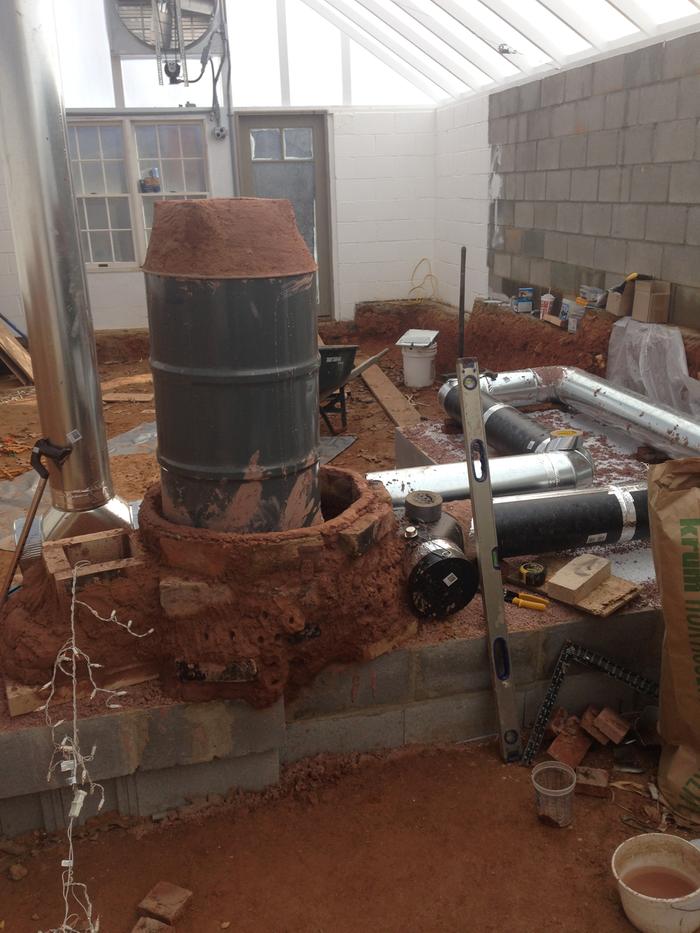 This is the mass steaming upon heating.

Wyatt Barnes
Posts: 318
9
posted 6 years ago
Hey Matt, three questions, what is the big cob wedge on the top of the barrel, what have you heated the greenhouse with previously and why wouldn't you want to whip cob at a family member?

matthew sorrells
Posts: 134
Location: Canton, NC
4
posted 6 years ago
Wyatt, the cob "wedge" on top is similar to many other designs I've seen on here and it slopes down away from the firebrick to hopefully eliminate fly ash settling on top of the insulated mass - this is on top of a perlite insulated layer. The greenhouse is a new build, so nothing previously.

any other input guys?

I'm getting a little smokeback now in a burn, and I'm hoping its because the mass is wet. It's drying nicely, but still pliable. The barrel top has been up to 650 degrees and 475 on the side top. The water dripping out of the exhaust smells like smoked meat, so its not altogether bad, but could that water be used for anything? In other words, could I put a little bog garden at the drain, or is the water to acidic to do anything with it other than drain it out and dump it?

Sorry for the rotten quality, but here is a short vid showing the dragon appearing to suck all the air out of the greenhouse down its gullet, including all the steam coming off the recently placed cob.