posted 5 years ago
How does one go about attracting a swarm? What equipment and supplies must one have on hand ready to go? I see a lot of talk of "bait" hives -- you couldn't use the hive where they would eventually end up?

Posts: 5512
Location: Cache Valley, zone 4b, Irrigated, 9" rain in badlands.
2134
posted 5 years ago
To attract a swarm. Let the neighbors know that you will remove swarms from around the neighborhood. Let the city offices, and county dispatch, and animal control know that you'd love to collect some swarms...

Equipment for catching the swarm might include a spray bottle with some sugar water in it to calm the bees. A bee suit. And a 5 gallon bucket with a screened lid. Perhaps a pair of lopers in case they are on a branch. Perhaps a brush and scoop if they are on something other than a branch. Collect the bees into the bucket. Take them home. Dump them into an empty hive that has already been prepared for them, and is waiting sealed up so that it can't be robbed. 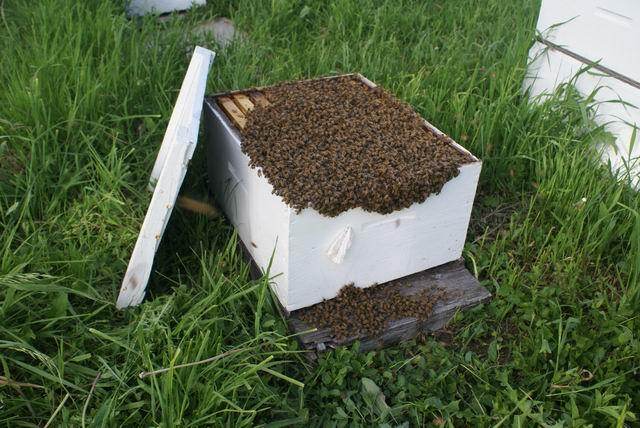 Posts: 3605
Location: woodland, washington
146
posted 5 years ago
Joseph, I think Valerie is interested in how to attract a swarm into a hive, not how to collect one and install it in a hive.

Valerie: you can use a permanent hive as a bait hive, particularly if it's been previously occupied. but to improve your odds, it makes sense to put up several other bait hives, too. so building some inexpensive temporary hives is a good idea. once a swarm has moved into one, you can take the rest down unless you would like to care for more.

one caution about using a permanent hive: size. Tom Seeley's research suggests that bait hives are more effective if they're up off the ground a considerable way. like 5 meters. if you're using Langstroth equipment, handling the hive up on a ladder can be a fairly hazardous undertaking that I don't recommend, and that's without any bees in it. if you're using a Warré hive, two boxes are about the size Seeley recommends, and rather less cumbersome than a Langstroth hive body. folks have also had luck building bait-size hives that transfer easily to horizontal top bar hives and Perone hives.

this has been posted several other times in older threads, but it's a good one so I'll post again. Thomas Seeley's bait hive bulletin published by Cornell: Bait Hives for Honey Bees.

posted 5 years ago
We use bait hives that are the size of an 8 bar warre hive. A nuc box would work, as would a langstroth medium, but our experience is that the warre hive size works best. We use the bars that will fit into the permanent hive later. That way we only have to lift the bars out (with bees and comb already started) and put them straight into their new hive.

"SONG OF INCREASE: Listening to the Wisdom of Honeybees
for Kinder Beekeeping and a Better World"
http://www.SpiritBee.com
east of Battle Ground, WA (near Vancouver)
Friendly Haven Rise Farm
http://www.FriendlyHaven.com

posted 5 years ago
Thank you all. I think I have the perfect tree that used to have a deer stand so it's pretty sturdy, although it does give me pause to be moving a box full of bees down a ladder...

Posts: 5512
Location: Cache Valley, zone 4b, Irrigated, 9" rain in badlands.
2134
posted 5 years ago
Putting out bait hives is quite passive, akin to playing the lottery. If you put out some boxes, and if you have sited them properly, and if there are bees in the neighborhood, and if the bees find them, and if your boxes are preferred over other places, and if it's a swarmy year, then perhaps some bees will move in.

My approach, of using social networking to help locate bees looking for a home, is more proactive. Perhaps a mix of passive and proactive is the best overall strategy.