Dale Hodgins
Posts: 9002
Location: Victoria British Columbia-Canada
666
posted 4 years ago
I suspect that most people go through their lives without ever picking up a wild deer. This is my third time.

On a demolition project a fawn got himself into a trench that had a foot of water in it. The mother moved back as I captured the little fellow and hoisted him skyward. We both got pretty muddy.
...........................
Today,  two fawns managed to get themselves between a concrete wall and a chain-link fence that are only about six inches apart.

I was cutting the hedge beside the public walkway,  and noticed that the mother deer was lingering in the area. She was pacing back-and-forth and making a snorting noise.

I managed to reach down and pick up one fawn who had climbed onto the back of his twin, as they scurried to avoid me.

The remaining fawn would not let me pick him/her up,  so I bent the chain-link in the spot where they came in and managed to get him turned around in the tight space. The chain-link was bent in a way which makes it easy to enter and difficult to leave the space. This fawn has a cut on his nose, from failed attempts to get out.  We slowly walked about 50 feet to the opening. I occasionally pulled out on the chain-link so that he could continue further toward the opening. I poked him with my finger, to keep him moving. Both fawns were tired from their ordeal, and it was hot against the wall.

After about two minutes,  the fawn escaped. They headed out into the forested area by a stream.
...........................
A few hours later,  they came back,  to sample tree prunings that I've been dropping on the ground. Deer that live in suburbia,  are not particularly afraid of humans. Quite often,  when I start my electric chainsaw,  I see deer in the distance,  moving toward me,  rather than away,  as would happen in the wilderness. One doe and her fawns have turned up at several of my jobs in the Oak Bay village area. They know that tree pruning,  leads to tasty morsels being dropped within their reach.
............
This doe,  stuck with me for a couple of days. She ate food from my wheelbarrow,  from my piles and from the back of the truck. The flowers of ocean spray seem to be her favorite.
20150610_124651.jpg 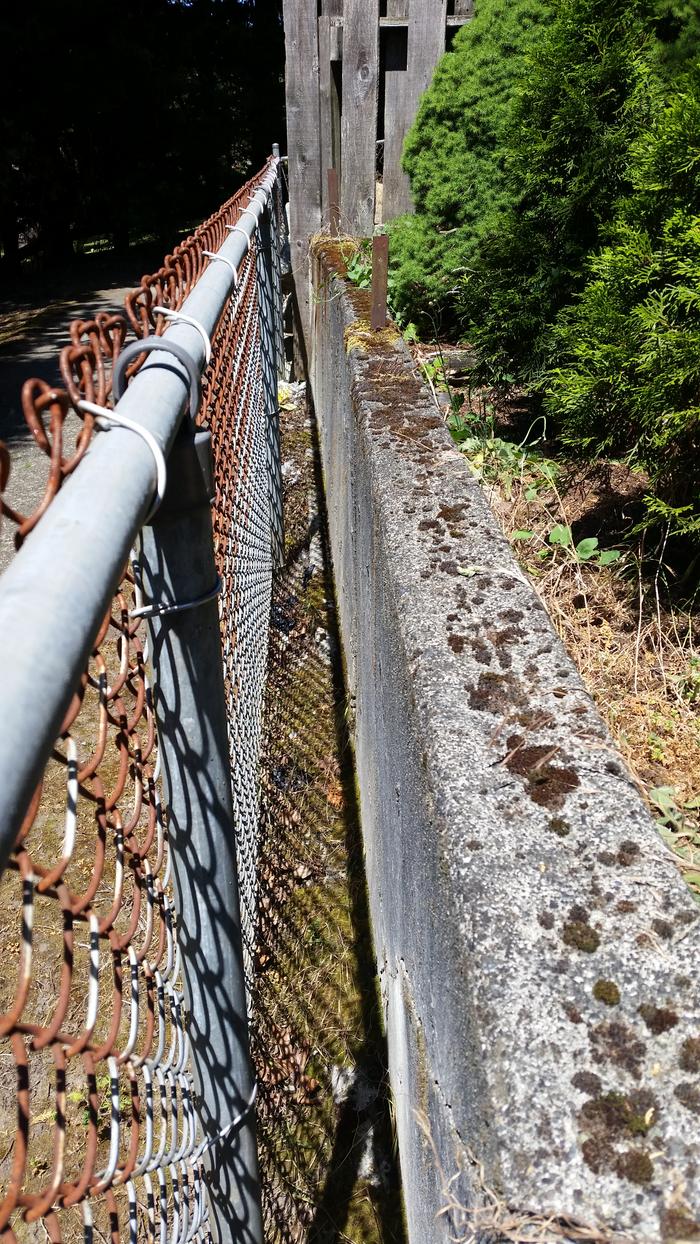 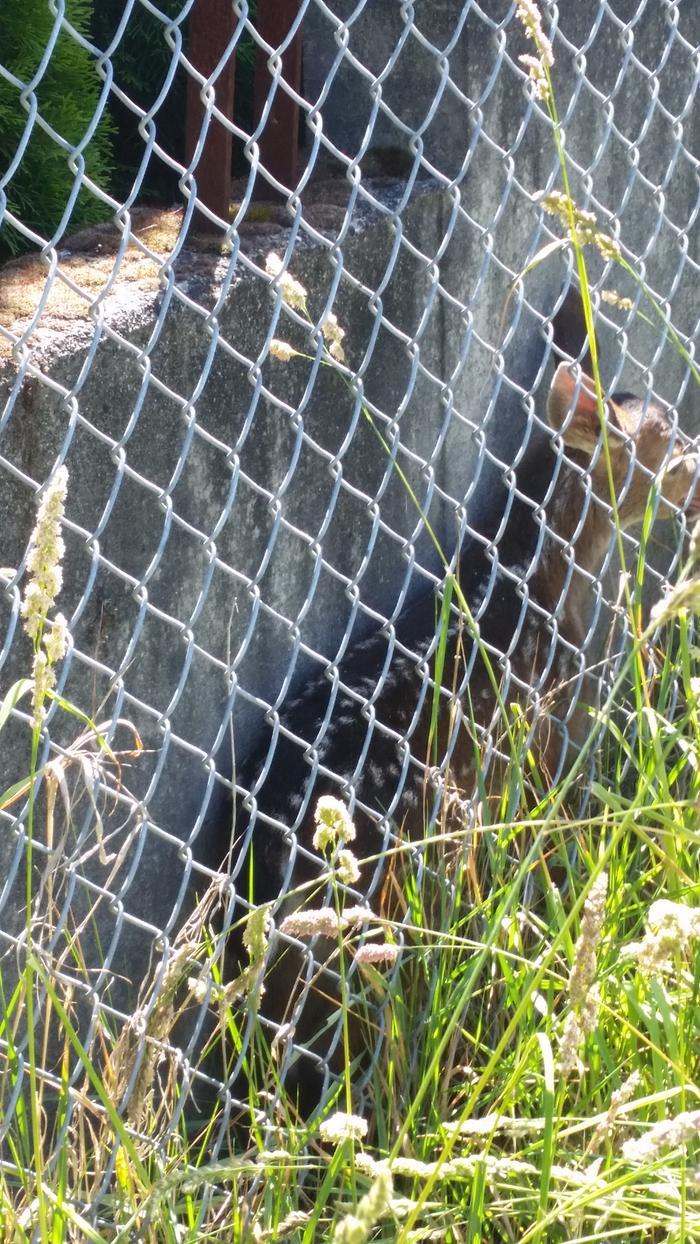 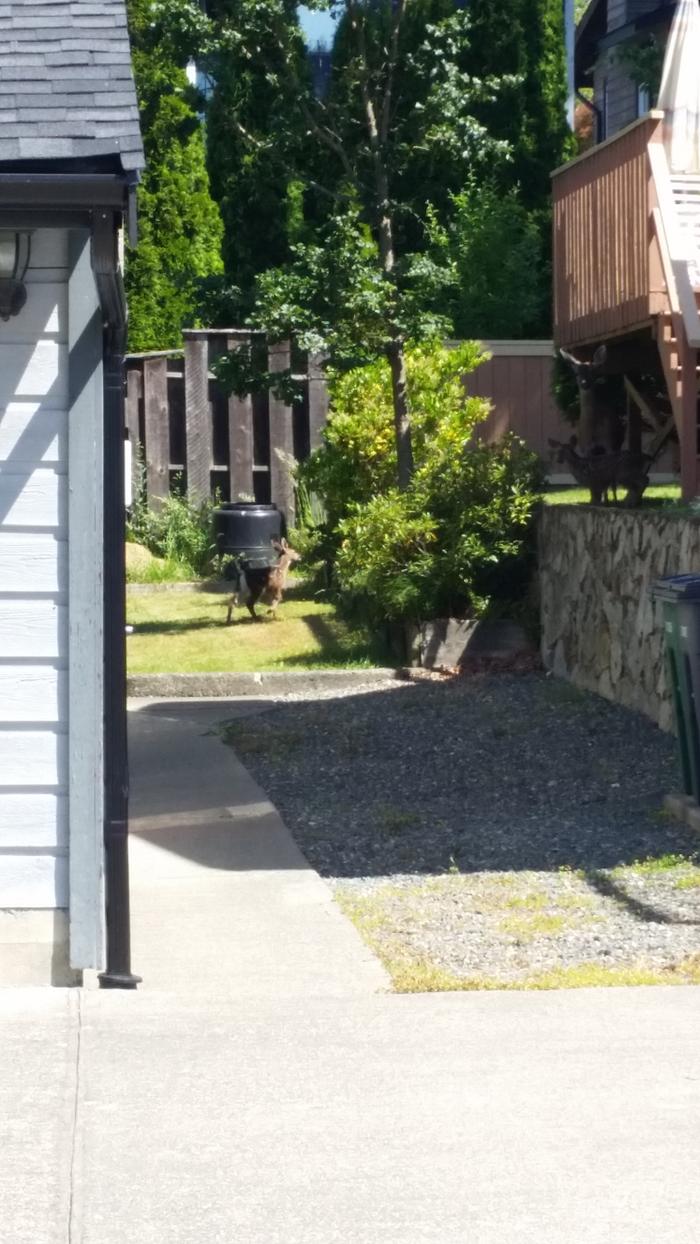 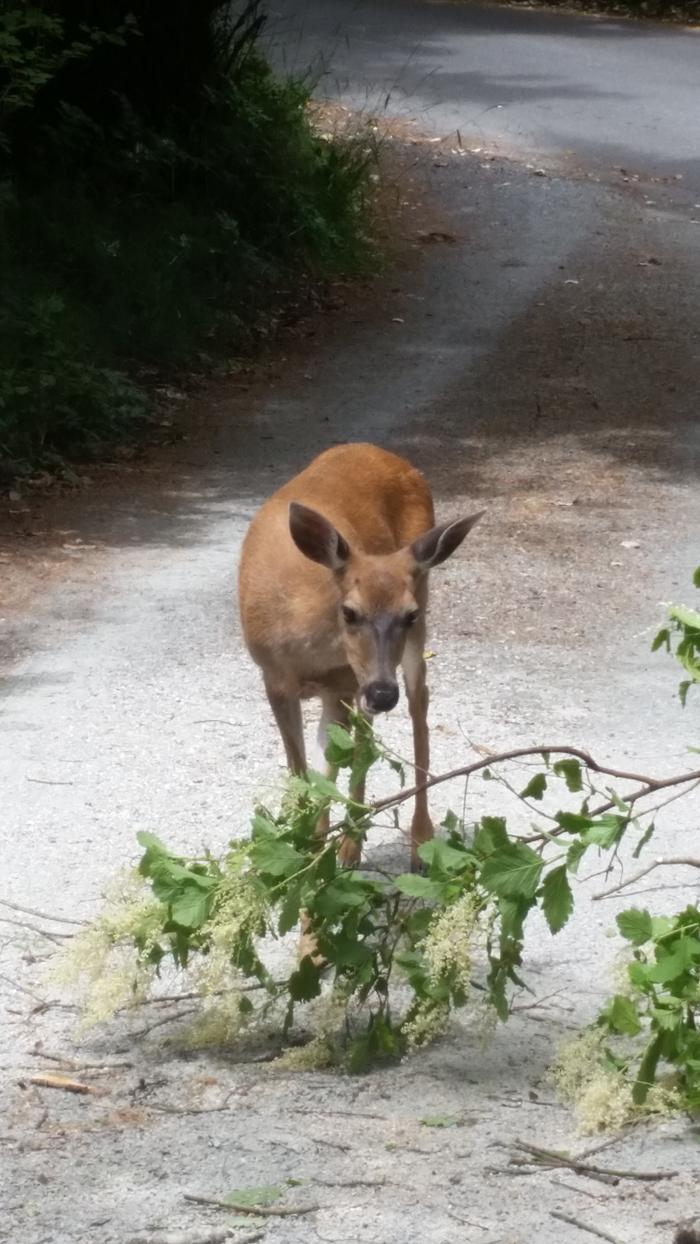 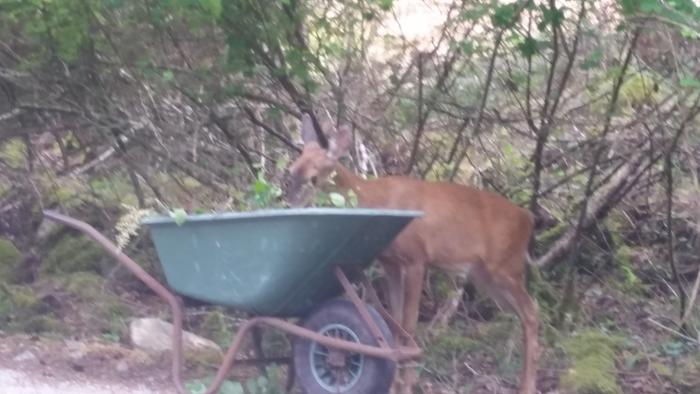 Yesterday, a friend commented, "You always have the coolest and strangest little adventures at work. Nothing like that happens to me."
20150610_111420.jpg 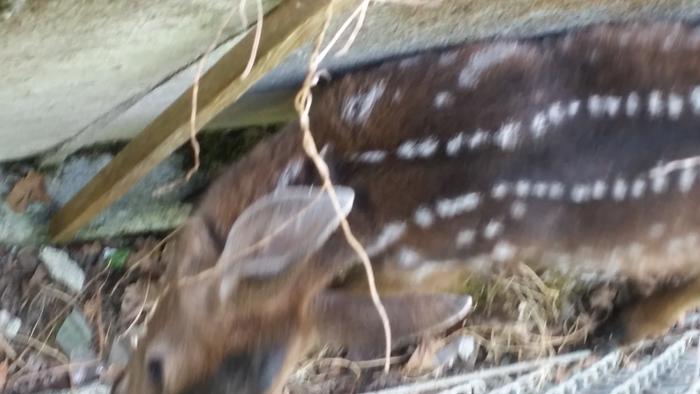 What do you do for work?

I work from home, so I get to enjoy some of the flora and fauna of my yard throughout the day.

today, I got to see a wild turkey with two babies.


It always is a charge to see this kind of thing.

What do you do for work?

I work from home, so I get to enjoy some of the flora and fauna of my yard throughout the day.

today, I got to see a wild turkey with two babies.


It always is a charge to see this kind of thing.

It's also fantastic to see you helping.

Much of my work involves tree and hedge work. Birds eye view. Deer follow me around, since I regularly drop tender top growth on the ground. When I cut hedges, crows follow, to investigate nests that are exposed and to pick through rotted wood. Rotten branches that land on hard ground, often break up. Many bugs and grubs are gobbled up by the birds.

I noticed this humming bird nest just as I was about to cut the branch.
https://permies.com/t/47620/md/eggs