Dale Hodgins
Posts: 9002
Location: Victoria British Columbia-Canada
666
posted 4 years ago
On Saturday, I began working on two chimneys on this house. The house is being removed from this site and transported by barge, to a new home on a small island.
......
It took lots of preparation, just to access the roof safely. My tallest ladder reached the base of the round roof. From there, a path was built, using 2x4s.  The Cedar roof is coated in lichens and is very slippery this time of year. Almost two hours elapsed from when I first arrived until I was able to remove the first brick. It took that long to get the ladder up and secure, to build my walkway and to attach the safety line.

The chimney doesn't look too large in the photo, but it was approximately 40 inches square and double walled for the first 8 feet. It was a huge relief when it transitioned to single wall inside the attic. After carving out an entry so that I could sit on the chimney, I dug it down a few layers below seating level, then switched sides,  to sit in the lower area and continue mining. The switch happened about 10 times. A central rib of bricks created two flues and prevented me from falling into the huge hole. Each flue was about 12x24, a good size for dangling legs. My pants got covered in soot, since they were inside the chimney for 2 hours.

About 800 bricks were thrown across the roof, to land in the back yard.  None fell short, and none bounced back to damage lower windows. I alternate arms and throw many with the rotating style of a discus thrower. This allows the power to come from my torso and give the arms a rest.

The wind was very strong and it rained during this process. The wind blew against the direction of throw,  so that every little bit of sand and dust blew back toward me. As usual,  I wore my full face asbestos mask which protected my face and eyes from the wind and blowing sand. The ocean was really rocking, with water being sent 20 feet into the air as waves crashed on the rocks. In order to meet the barging schedule,  which is relies on a high tide in a shallow bay, we couldn't wait for nice weather.

The smaller chimney was also removed. It was made of solid 6x6x8 concrete block with a ruberized coating. Some blocks took 5 strikes with a sledgehammer to loosen them. Once below roofline, I knocked out much of the base, which allowed me to release some large slabs of up to 20 blocks at a time. This was done from the side, while on the ladder. The base of the ladder was protected from the big slabs by piles of debris, stacked 2 feet high. The heaviest ones would top 300 lb. I'm pretty good at directing the fall of these things, but once in motion, there no turning back. It's important to eliminate wood waste from areas where concrete slabs are falling. The force could launch scraps 50 feet into the air. 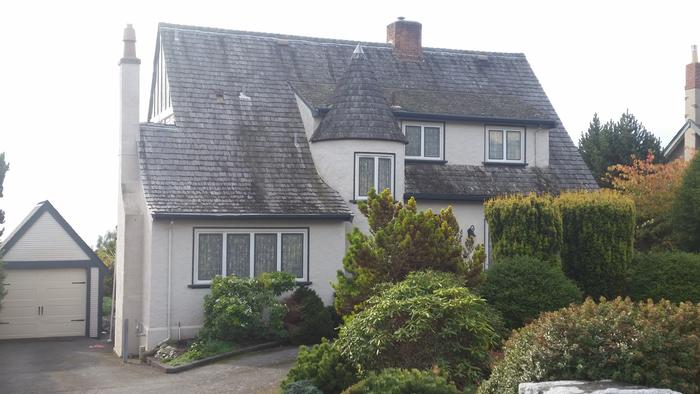 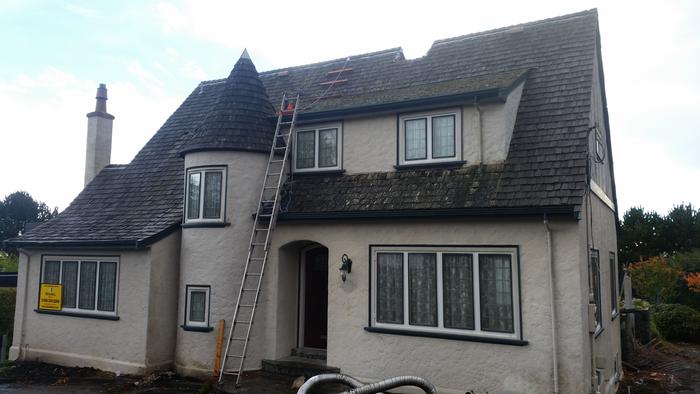 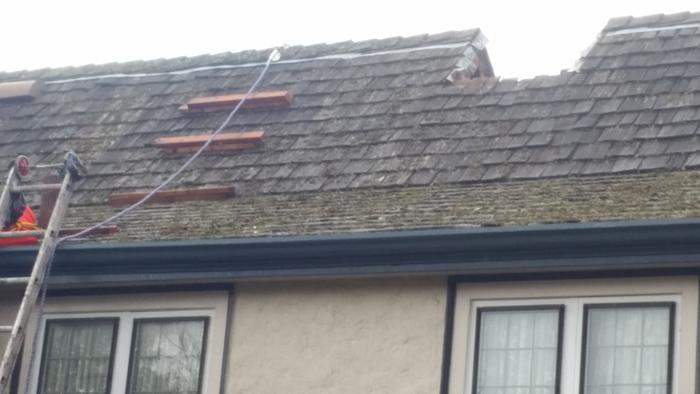 Dale Hodgins
Posts: 9002
Location: Victoria British Columbia-Canada
666
posted 4 years ago
It was necessary for me to straddle the peak of the roof,  so I had to be attached by a roof mount. It's clearly visible in my third posting on this thread, about tearing down a different house.

The most awkward thing that I did on this house, was when I nailed plywood over the big hole left by the chimney. One edge had to be nailed on well, and then I supported my weight on the sharp top edge, while reaching across the gap to drive in the remaining nails. It was raining hard, so I had very little grip. I always get the nails started into the sheeting,  before embarking on something like this.

Sitting on the peak of the roof, was like sitting on a very slippery horse, with a pointed saddle poking at my butt. My thighs were burning.

Dale Hodgins
Posts: 9002
Location: Victoria British Columbia-Canada
666
posted 4 years ago
I took an important shortcut on a chimney today. After tearing down everything above roofline and in the attic, I could see that this one was a good candidate for dropping through the floor, all in one go. There was plenty of clearance so that the bricks would not catch on the floor or wall framing.

I used the sledgehammer to bash out the bottom foot of the chimney. As the final blow struck, I fled the area, in order to avoid being struck by bricks or broken flue material. They can go 10 feet laterally, as the chimney collapses.

This saved a huge amount of time and I was able to avoid doing any damage, to the kitchen wall and floor. A plume of dust accompanied the thunderous sound of success. Trumpets blew and angels sang.
.......
If you're not quite experienced, never try this. This could not be done, if there were a fireplace or any other heavy materials which could hang up on the floors as the material descends. Structural damage would occur,  if a chimney in motion where to hang up and come to a sudden stop within the cavity.
20151114_153300.jpg
20151114_152929.jpg 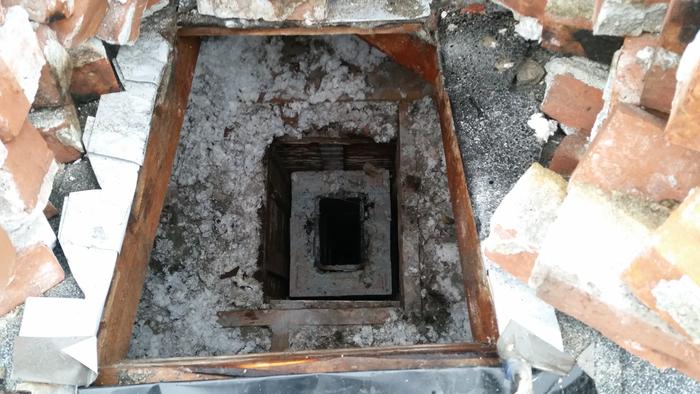 Today I'm bashing down some chimneys which contain clinker brick.

My job is to simply bring them below roof line,  where the contractor feels safe doing remainder himself. I'm taking a bit of a gamble on this one.
.......
This one didn't turn out so well. After being very careful to avoid damage, none of the bricks sold.
20150828_162422.jpg 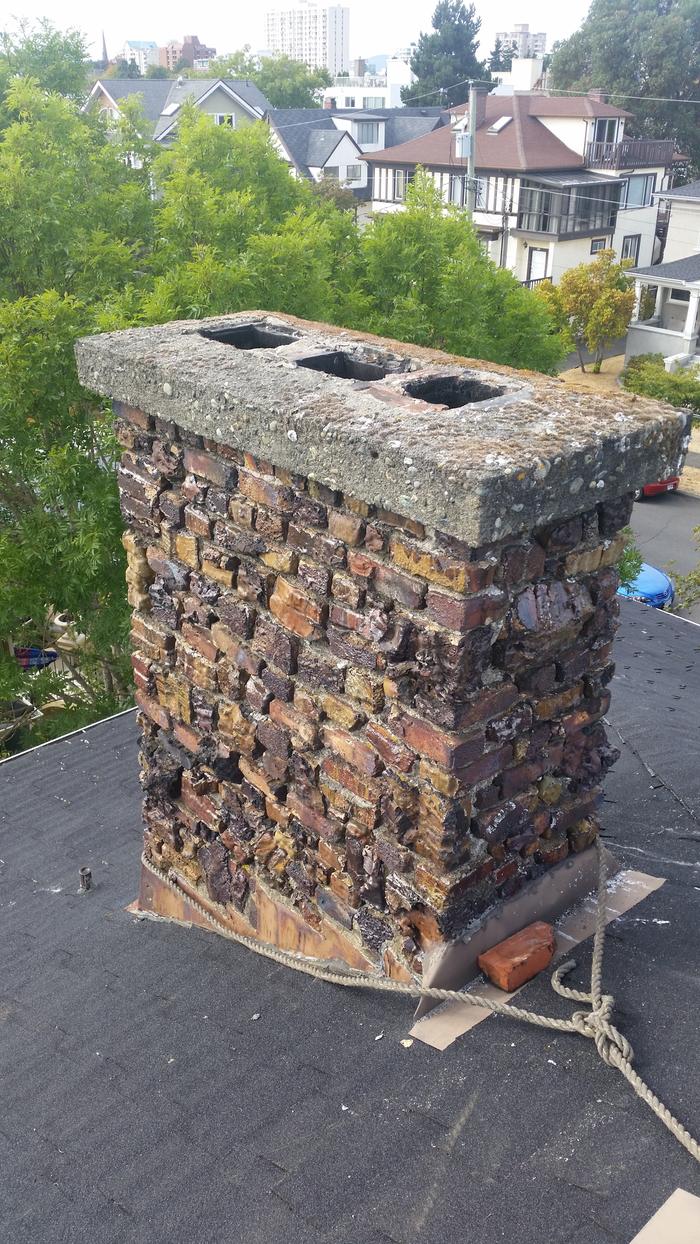 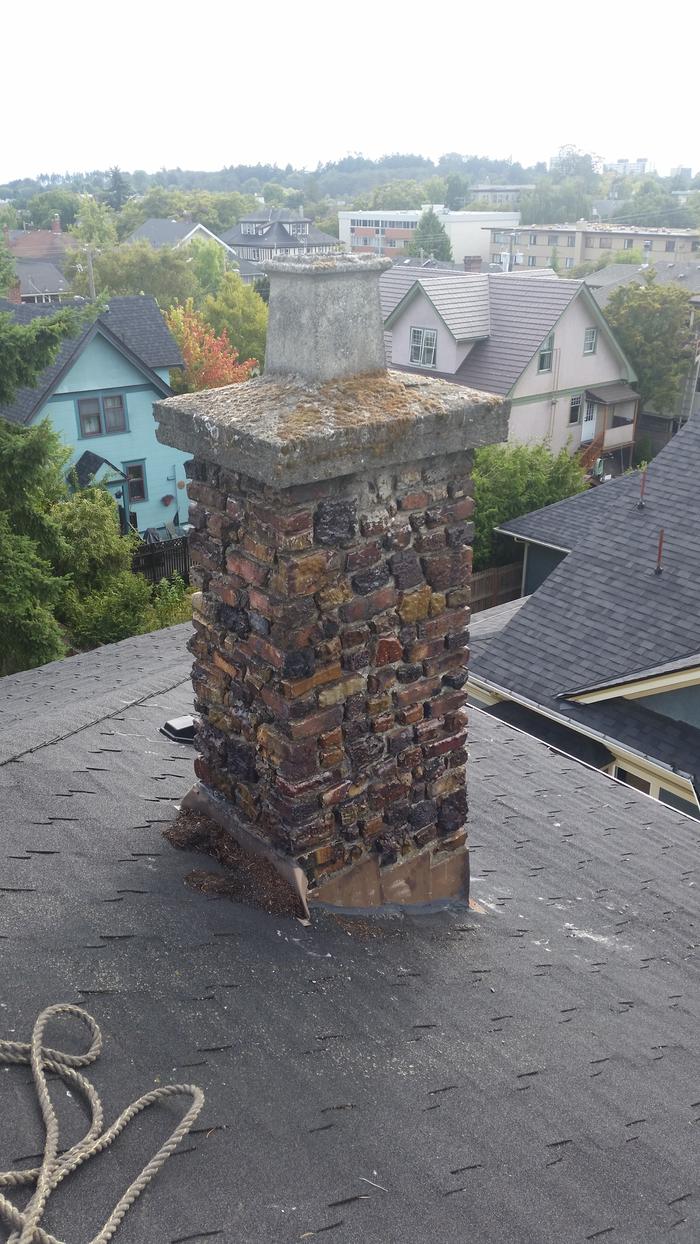 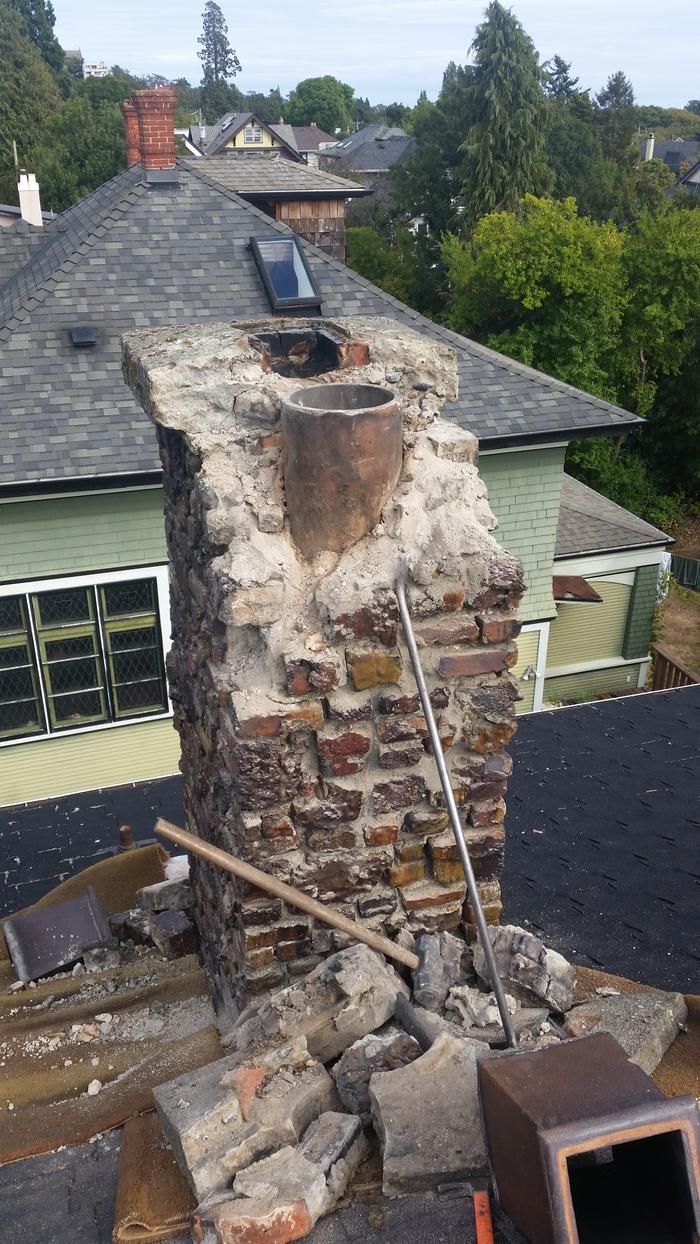 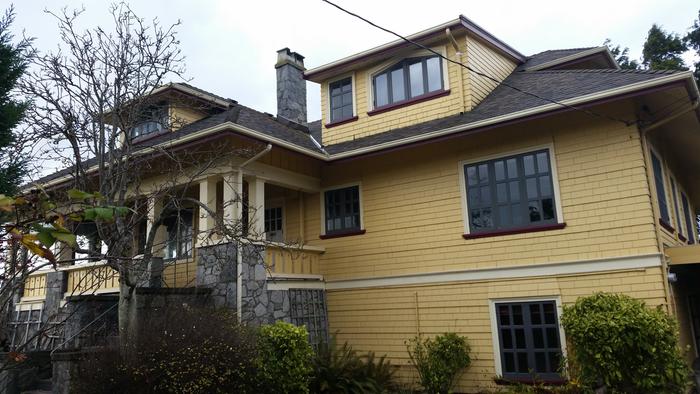 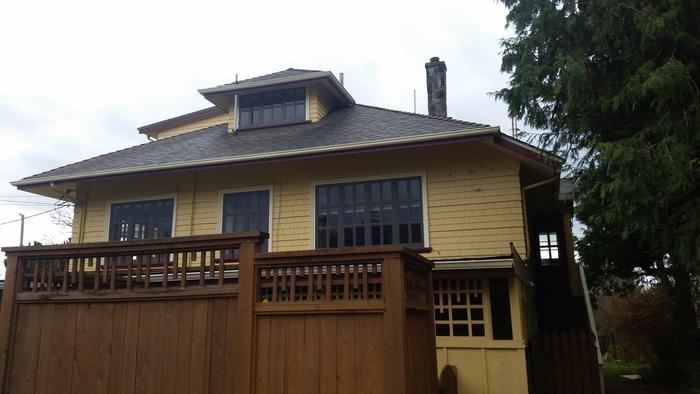