posted 5 years ago
Not good for those of us with migraine or epilepsy, but very pretty - do you know who the artist is?

posted 5 years ago
It reminds me of some of the photos I took yesterday, of a fallen beauty being reborn to mycelium...

posted 5 years ago
beautiful burra! are those edible? i'm not very good at fungi identification yet!

D Nikolls
pollinator
Posts: 1682
Location: Victoria BC
253
posted 5 years ago
Purty! Not sure who improved(?) it with the flashing goodness, but the original piece seems to be 'Provenance' by Kelly McKernan: http://www.kellymckernan.com/projects/provenance/

posted 5 years ago
Thank you, now I can actually look at it!

posted 5 years ago
I like it but I kind of feel like it could be used in some sort of devious permaculture brainwashing techniques. People forced to watch while a loop of Paul quotes plays in the background.

Cassie Langstraat wrote:beautiful burra! are those edible? i'm not very good at fungi identification yet!

Not as far as I know, but I don't have a really good local fungi book as they don't seem to have written one yet. I would assume not, as if they were the locals would have eaten this lot as they are in a rather conspicuous place.

Oh, and here's another picture of a fungal lady, a rather older and more weathered one this time, not so pretty but rather beautiful in her way. 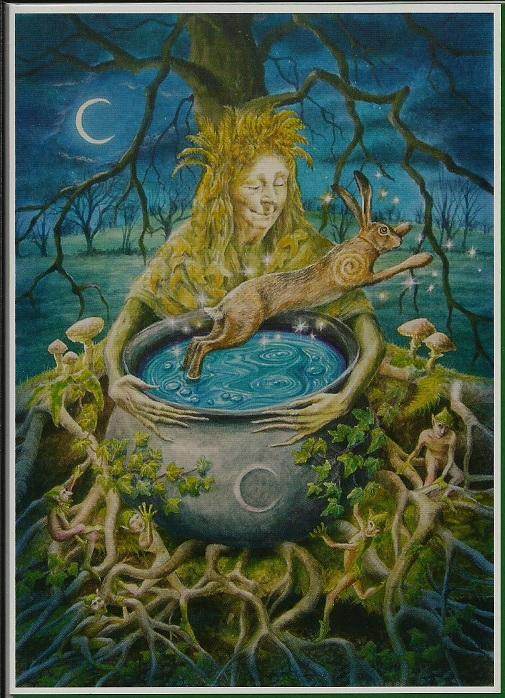 It represents some of the old celtic views about decomposition and rebirth - the cauldron represents the womb of the earth which returns life to things that have died. The hare leaping out of it is the same symbolism as the rabbit being pulled out of a magician's hat, and the fungi are part of the process that breaks down the once-living material ready for it to become live once more.