Russell Olson
Posts: 184
Location: Zone 4 MN USA
12
posted 5 years ago
This low growing raspberry type is all over the fence lines of my property here in Minnesota. I would think it's a plant permies might find useful since it forms a thick Ground over around 2' tall and produces tasty fruit. It's deer resistant, very productive, and grows in the shade though doesn't fruit as well there. It even out competes grass and is jug lone tolerant since I have walnut seedlings poking through in several spots. It does spread wildly when allowed to, but works well in wilder areas.
The fruit is seedy but tasty, a raspberry with a little minty hint. Chickens love it so much I lost a few to predators when they kept eating at dusk rather than come in. Anyway, anyone have an ID?
image.jpeg 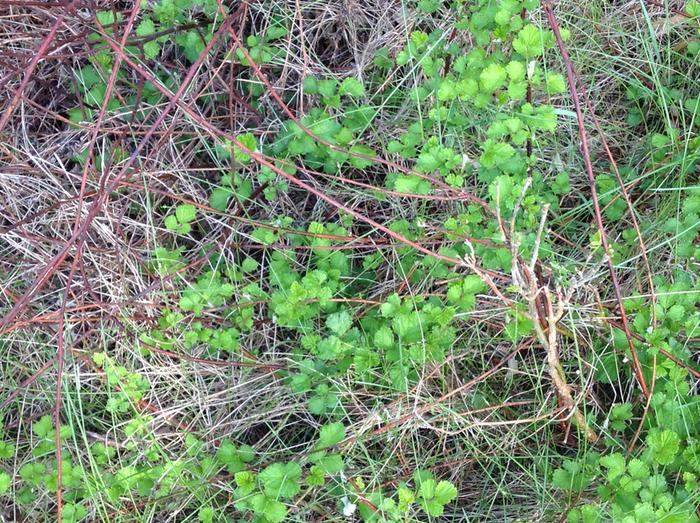 If it's a low trailing vine (rather than upright canes) and has fuzz or stickers rather than outright thorns, that would make it similar to the Dewberries I've seen

A few Rubus spp options there; it's obviously not regular ol raspberry or black raspberry, but it also lists 'Rubus pubescens/R. arcticus ssp. acaulis', AKA dwarf and Arctic dwarf raspberry, and 6 species of dewberry; perhaps one of those?

Russell Olson
Posts: 184
Location: Zone 4 MN USA
12
posted 5 years ago
That's a great resource you found Dillon! Yes I think it's the dwarf raspberry, a very useful variety in my opinion.
Ken W Wilson
pollinator
Posts: 1172
Location: Nevada, Mo 64772
109
posted 5 years ago
Does anyone know of any dwarf or ground cover raspberries that are disease resistant? I've had both blackberries and black raspberries in my yard with no disease problems for ten years. I'd like to try some low growing varieties of raspberries. My goal is to reduce the size of my lawn as much as possible.