My Douglas Fir is browning

Geoffrey Clarkson
Posts: 1
posted 5 years ago
Hello all! First time poster on this forum. I hope someone can help.

I purchased a live Douglas Fir in mid-December for a Christmas tree. It stayed in the house until New Year's day, then spent 3 days in the garage before going outside. I am not sure of its age - it is about 4 feet tall. The weather was warm in January (highs in the mid 50s) when I transplanted. In general, the Central Illinois weather has been warm. Precipitation has been normal. The tree, if I remember correctly, was transported from a tree farm in Michigan.

About a month after I put the tree in the ground, I noticed the needles at the base of the tree on the sun side were browning. That browning has gradually moved up and around the tree. I would estimate 20-25% of the needles are in some state of browning. The browning seems to begin at the tips of the branches and migrate inward. There are buds, but I am not sure what healthy buds are supposed to look like. I will try to post pictures.

I have read of Swiss needlecast disease. The needles on my tree do not have the black specs or purplish discoloration that is often described and imaged on Internet websites. But the needles do look like some images.

Should I apply a fungicide? Will a fungicide harm the tree if the cause is just transplant shock? Would transplant symptoms fade as the Spring bloom approaches? Is the tree already dead?

I really want to save this tree. My nature-loving 8-year-old son would not let me cut down a Christmas tree. He became upset when he found out a cut tree would die.

Thanks for any responses!!! 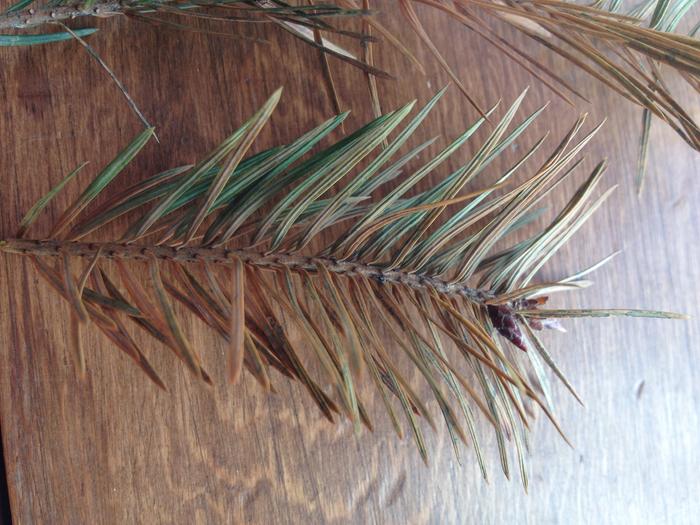 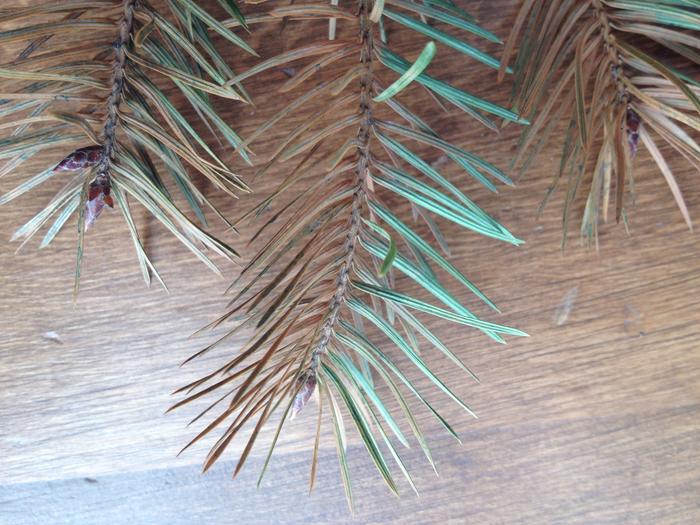 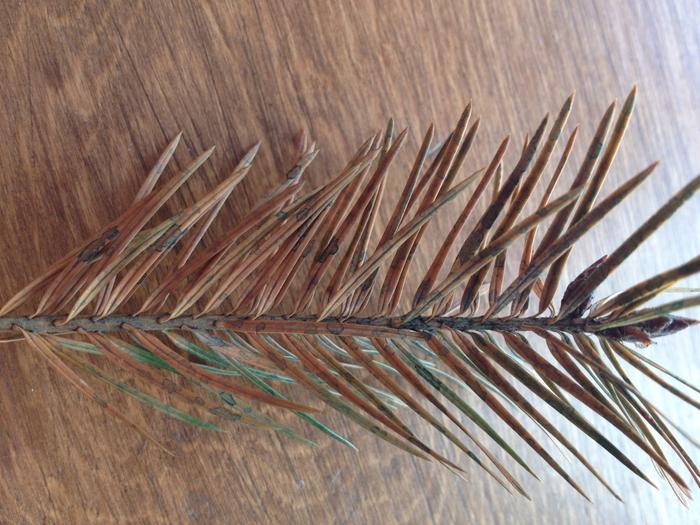 Jack Edmondson
pollinator
Posts: 441
Location: Central Texas zone 8a, 800 chill hours 28 blessed inches of rain
86
posted 5 years ago
What zone/climate are you planting? Did the tree receive plenty of water during its time out of the ground? When you re-planted, did you ensure no air pockets were around the roots?

That is a lot of time to be out of a growing situation. The tree is likely very stressed, rather than infected. You may find it loses all it leaves and appears dead; only to make a weak come back later. (don't pull it up until you are sure it is dead.)
Chadwick Holmes
Posts: 618
Location: Volant, PA
28
I like...

posted 5 years ago
If it is cold where you are newly planted needled trees can freeze dry when the roots are not established. If it is very cold spray the tree with water so that the ice protects it from losing too much moisture in the dry cold air....
Jay Gri
Posts: 1
posted 5 years ago
Yes, it looks like a lack of water.
Chris Sargent
Posts: 67
Location: SE Alaska
22
posted 5 years ago
I'm also guessing it is stressed...probably dying. Sorry.

The whole buy a live Christmas tree and plant it later is mostly a marketing scam. Most of them die from lack of proper care. Indoors is a really bad place for most trees. Tree experts suggest that you can only keep a live tree indoors for less than a week before it breaks dormancy and starts growing. Some say as little as 4 days. Not too many people are going to set up a Christmas tree for only 4 days or even just a week. Most, like you leave them up for weeks or months.

You also have to introduce them to indoor temps slowly. If you just bring it home and straight indoors it will immediately break dormancy and ramp up grow...the last thing you want in an indoor tree. Generally this warming up process should occur over 4 days or more.

When it's inside it needs lots of water to overcome issues with dry indoor air and wilting from shock and stress. Most pots they come in are too small to provide a good moisture buffer. Burlap balls are even worse for having roots dry out. So it's best to pot it up into something larger...something the size of a whiskey barrel planter is about right. If it's in a burlap ball placing that in the large planter and filling the space up with wet mulch can work.

Then when it goes back out you have to acclimate it back to the colder temps...again slowly over a week or so.

If the tree has broken dormancy...which it will have if it's been indoors for more than a week then it can't go back out into freezing temperatures. So for many that means you have to keep the tree inside until spring. Planting a non-dormant tree back out will likely kill it or at least severely stress it. If the roots haven't had a chance to become established then it's going to have a hard time have a hard time overcoming the cold dry winter winds.

Another problem in a non-dormant tree is that the sap will be running and on the sunnier side you would expect the sap flow to the branches and needles to be the highest. But if it freezes overnight that sap will freeze and burst cell walls and/or vascular structure in the branches. That could cause the die back you're seeing.

At this point the tree is already quite stressed, with a fair bit of die back. It could recover but its more likely that it won't or might survive for a season or two but be weak and stunted and killed of from some there disease or pest that will take advantage of this.

If you want to try and save it, in spite of its poor long term outlook you need to try and protect it from temperature swings. The sunny spot and warm temps might actually be doing more harm than good. It would be better to shade this tree from sun until it warms up in the spring. If possible you can try to erect some sort of shade cloth barrier, which might also help with wind and drying if those are issues as well. Sometimes wrapping the entire tree in burlap can help. Your goal is to try to prevent the sap from running as much as possible. So cold, but not freezing temps are best. Warming from the sun hitting the needles will pull the sap up and out into those branches...which is why you want to shade it and keep the sun from warming it.