Am I growing mycelium or bacteria?

posted 5 years ago
I have some petri dishes that I am trying to grow portobello mycelium in. Two or three days ago, I made malt extract agar and put in some pieces of white button mushrooms from the store. Now there is a white, translucent substance growing on the surface. Is it bacteria or mycelium? 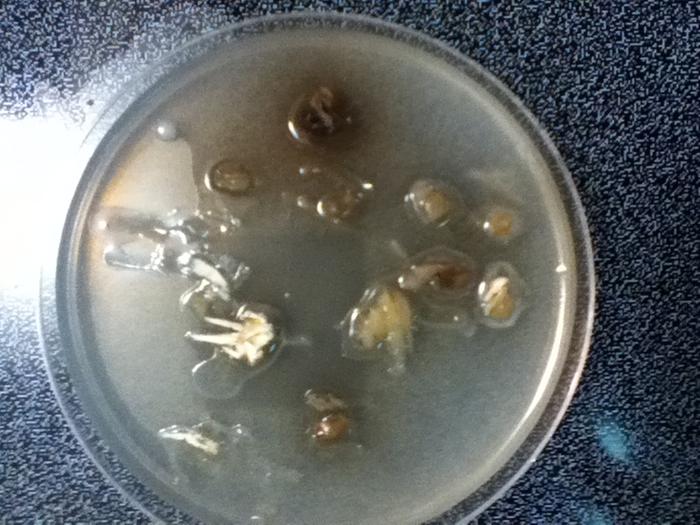 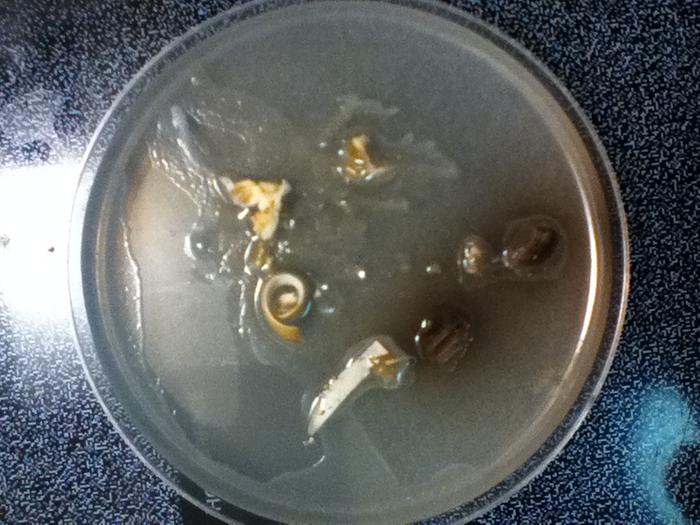 John Elliott
pollinator
Posts: 2392
90
posted 5 years ago
Got a microscope? Mycelia have cells joined end-to-end in long chains (filaments), whereas bacteria don't really do that. A few kinds of bacteria will look filamentous, but upon close inspection, you can see it look like a string of pennies, rather than the squared off ends of fungi. Mycelia look more like dominoes laid end-to-end, and you can look for "clamp connections".

If you don't have a microscope, then go for the fuzz test -- mycelia has a fuzzy appearance when spores first germinate and start up a new mycelial network. If it's out in the dirt, the fuzz will then go subterranean, as the mycelia searches for exactly the right humidity. Bacterial cultures are much less interesting (IMHO) and just spread without changing their appearance much.
John Weiland
pollinator
Posts: 1747
Location: RRV of da Nort
338
posted 5 years ago
Yes, the translucent stuff is probably bacteria which will likely be difficult to get away from. You could try looking for a recipe for V8 agar which will be lower pH and may retard the bacterial growth. Would it be possible to tap spores from the gills?......these may germinate to form mycelia, but I'm not positive.

posted 5 years ago
I don't think the white button mushrooms have spores yet, but would it be possible to collect spores from store-bought portobello mushrooms?
Lance Svenson
Posts: 20
Location: USDA Zone 5b
I like...

posted 5 years ago
I smeared my agar on a slide and when I looked at it through my microscope all I saw was a grainy texture, and I don't know if that was bacteria or just the agar. I made another slide from the mycelium in this mostly moldy petri dish (so far this culture is the best results I've had with growing mycelium). When I looked at that one (at 500X magnification) I saw what looks like what you described.

posted 5 years ago
the second slide (500x) shows mycelia but because of the mold contamination it would be hard to keep it sterile enough for production I would think.

To get better results, take spore prints on sterile paper then, using sterile agar use the spore print to start a culture.

John Weiland
pollinator
Posts: 1747
Location: RRV of da Nort
338
posted 5 years ago
I'm thinking you could get spores from store-bought portobellos, but have not tried that myself. Your lower micro-photo (500X) does look like older hyphal fragments (that collectively will make up the mycelium). If you can access the following link, there is some good information, but also scroll down to Figure 13. This is similar to what the fresh, growing edge of your mycelium should look like, except for the fact that I'm guessing that photo was taken on a 'scope equipped with phase-contrast or even Nomarski optics. (click on image to expand size)

Your brightfield scope will likely pick up images like the one below.
Brightfield.JPG 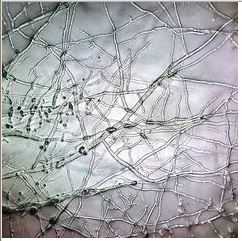 posted 5 years ago
I made another slide from the culture I originally asked about and found round(ish) things. Are these bacteria? Or yeasts? Or bubbles (I didn't let the smear dry)? Also, are the specks around it (they look much more like individual specks than they do in the photo) bacteria, or just part of the agar?
IMG_1046.JPG