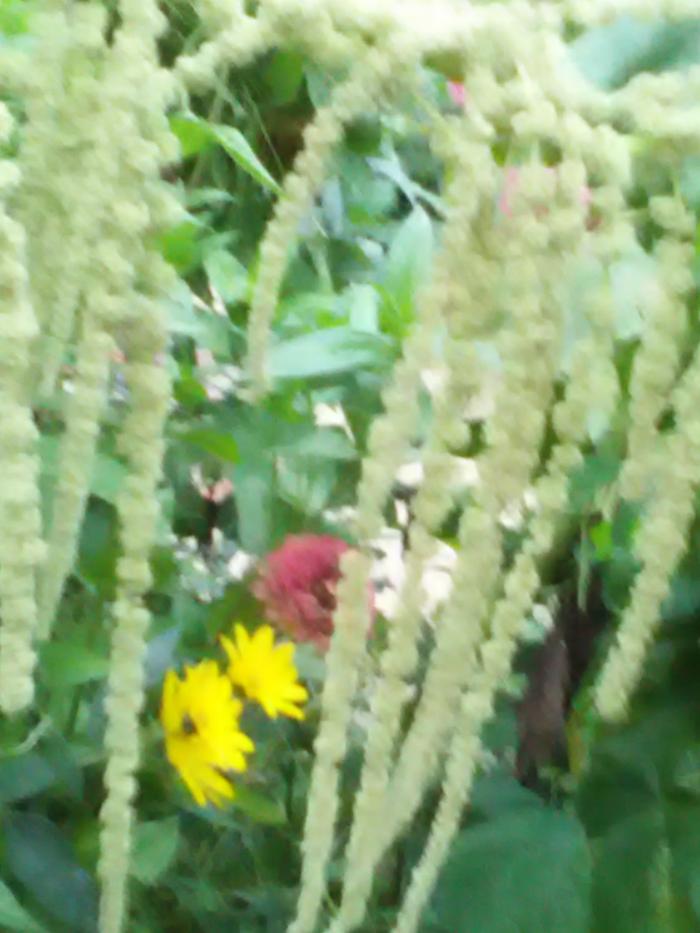 Jamie Chevalier
Posts: 93
28
posted 4 years ago
It looks like an ornamental variety called Emerald Tassels. There are a  few of these green ornamental types around, along with a pink variety called Coral Fountains and the red old favorite Love Lies Bleeding. They are edible but not particularly  choice for either seed or greens, unlike the varieties that have been selected over many years--centuries in many cases--for the edibility of their seeds (in North America) or leaves (in Asia). If you have pigweed in your garden you can see what the ancestor of the grain varieties was like.

If it is chicken feed you want, I would suggest planting one of the high-yielding grain types developed by Native American farmers over many many centuries of careful selection. Or, if you want to do some selective breeding, a couple of them. It is hard to imagine attaining a comparable level of excellence in your lifetime if you start from scratch and try to reinvent the wheel. Though you might get some really interesting crosses. You could pick out one of your crosses that suits your needs, but it would then have to be stabilized and you would have to grow no others--as crops or weeds--to keep it from reverting. With an outcrosser like amaranth, you would also need a good-sized  breeding population, to avoid inbreeding depression. An interesting experiment, and good to do--but probably not giving your poultry as many calories in the short run.

I would like to mention that it is a misconception that a landrace is an unselected hodge-podge. (when many people say landrace, they really mean genepool) Landrace varieties, whether in North America, the Middle East, Africa, or Asia, were (and are) very carefully selected and bred for the traits that are important to the people growing them. For example, Guatemalan peasant farmers in one region have carefully kept separate a white corn with large ears used for one purpose and a brown corn with small ears used for another. They grow them in the same fields, but by manipulating pollination times and planting regimes, and by rigorous selection, they have kept those lines from mixing. With a wind-pollinated species, this is an accomplishment that requires constant vigilance and sophisticated farming skills to maintain. These are landrace varieties--not uniform in the same traits as modern hybrids, but highly selected and rigorously maintained nonetheless. It takes many, many generations to reach the level of quality and adaptation that traditional landrace varieties have attained.
Dan Allen
pollinator
Posts: 246
101
posted 4 years ago
Good info, jamie. I am definitely interested in growning grain amaranth. I don't remember how I got this variety, but not trying to breed plants per say, by experimenting I mean growing different grains, grain mixes to see what grows best and feeds out best. Also growing for pigs, cattle and goats. The seeds are pink and definitely bigger than the wild amaranth, which are tiny and black. the tassels are about 3 feet long and about 8 feet tall. I was thinking it would make a good whole plant feed? which is how I feed out to my critters, i.e. corn on the stalk, etc. I do have some heiroom seeds that I would be interested in trading for traditional grain amaranth like you mentioned. I'm also growing buckwheat, sorghum, millet and oats, "experimentally" trying to find out what works in my land and microclimate. Whatever produces the best I intend to save the seeds and grow again next ar. But with all the wild amaranth around that I have intentionally allowed to grow, I guess I shouldn't expect it to be the same next year.