Kevin Franck
Posts: 92
Location: Göteborg Sweden
2
posted 3 years ago
I've always had an obsession with finding clues for biomimicing the way nature creates various stages of life in colonizing and transforming a wasteland landscape. More and more of this type of landscape is being created every year. The term given is "Desertification", but I like deserts, so we'll ignore the term for now. I've been hammered by many environmentalists in Southern California who wish the desert to stay the way it is. But the facts are, even with native desert plants, these regions were more historically vegetated than they are at present. Still, it's tough sell to those who are so dogmatic in their belief system. The subject is Tadrigrades or Water Bears" and how they could be used in transformation of sanitized regions of the earth.
﻿
Tardigrades: Pioneers in Creating a New Earth ?

The image below here is near an area I used to live in called Anza. This plave below is called Font's Point which was named after one of the Spanish Friars Fray Pedro Font who also wrote a journal about his observations of the environment on the exploration trek back during the winter of 1775-76. These badlands don't really have any vegetaion on them. Even the native desert vegetation which has been in the region for 1000s of years has trouble getting a foothold. Can this really be reversed and this moonscape reversed and greened up ? I really believe so. So much so that I'd love one day to have such a patch of ground and turn it into something native green. This moonscape phenomena is increasing globally and it has done so since I was a kid in the late 1950s to late 1960s. When I was a scout, just north of this location is an area called San Felipe Valley. This valley was always lush bright green. Water flowed down San Felipe Creek for miles until is reached the desert alluvial fanes and washes were it went underground, but the vegetation continued. Now all of that is gone. So are the native fish, turgles and indignous Leopard Frog. There were massive extensive Fremont Cottonwood forests, Mesquite Bosues and the surrounding hills in mid-summer were bright green with Cat'sClaw Acacia which covered all the hills for miles and miles. That's all gone too. Irresponsible cattle ranching (which is gone now) and numerous bush fires destroyed most of this landscape. But I have made extensive land restoration using techniques which encourage underground deep rooting infrastructure. This article about the Tadigrades is just another piece of the puzzle for recreating green living deserts. If one can accomplish greening desert hils and mountains, then floodplain valleys below will be rich for converting to responsible systainable agriculture. As I referenced in this post, I would love a blank canvas once again. I think this time however, with the change in climate and disruption of normal rainfall patterns here and elsewhere, that Groasis Waterboxx is about the only last resort for plant establishment left in the absence of rain. Once a forest is established, then these deep rooted desert trees will utilized hydraulic descent and pump 1000s of gallons of water into the deeper subsoil layers where it needs to be. With such a system in place, then the conductivity of the region will encourage more cloud formation during summer monsoonal rains from Mexico and recreate a cycle that was lost decades ago. 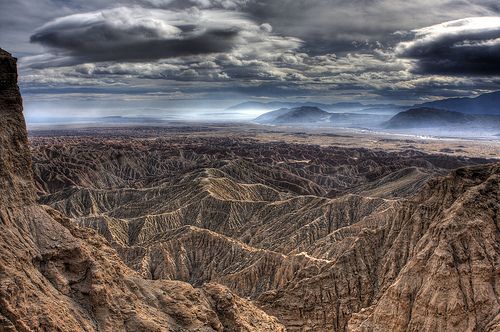