Permaculture community in the alaska wilderness

Andrew Wilder
Posts: 2
posted 4 years ago
Fit 70 year old seeking partner
The soul", said the poet, "is composed of the external world", and mine mostly hangs out there in the wind and sun and rain and snow.
I live on a remote lake and river in Alaska's interior wilderness. This land is what the rest of the earth must have been like before "progress" devoured it. The rivers still teem with fish, the skies with birds, and the woods abound in living creatures great and small. A number of years ago I was dropped off here by ski plane, with tools, buckets of dried food, and a wall tent. Over the next few months I built a log cabin on the lake, with solar panels on the roof to power a small freezer, lights, and a satellite internet system.
It is not an odd thing that someone should want to live in the wilderness, after all we humans have spent more than 99.9 percent of our existence as a species in the wild. Through this two and a half million year evolutionary history, we became genetically, hence morphologically, psychologically, and I daresay, spiritually adapted to living there. To wit, hands are far more suited to grasping tree limbs and tools than shuffling paper. The mind is more suited to the variety and heterogeneity of days, seasons, temperatures, light, and darkness. The stomach meant to eat a variety of unsullied foods, differing in different seasons. The feet meant to walk on soft earth instead of concrete. The lungs meant to breathe clean air. The body meant to exercise as a consequence of doing useful physical work.
Wilderness is in our bones.
But then we humans are also gregarious beings. After sixteen years of living here alone I began the process of building an intentional community two years ago. There are now four of us on this land, living as good neighbors. We would like to have more good folks join us, especially families.
We are offering, free of charge, small acreage leases to individuals and families who would like live a self sufficient lifestyle. If you have been thinking of a homestead in Alaska please check out our website at roundrivercommunity.org

As for myself, I would very much like to have a partner to share the joys of this self sufficient way of life on this beautiful lake in the wilderness. Thanks for reading. 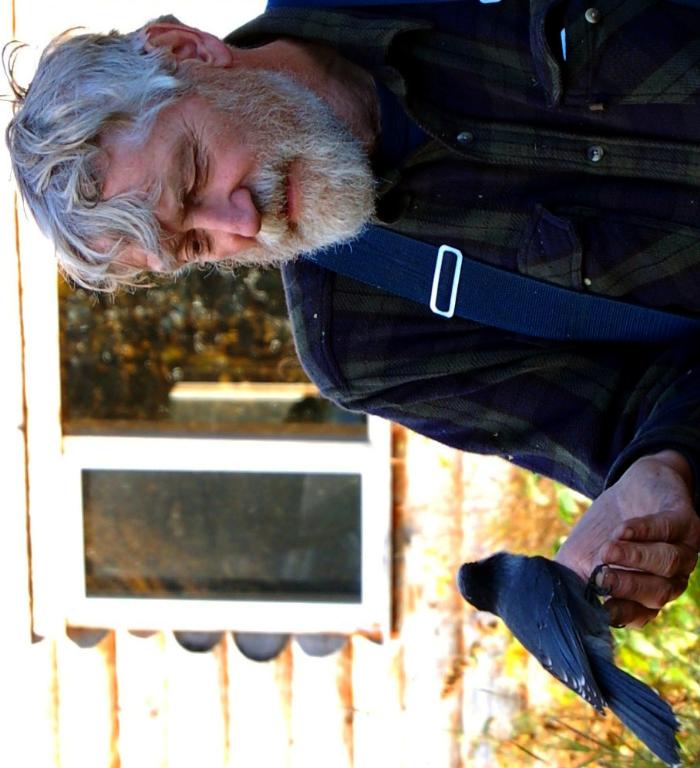 As far as I am aware roundrivercommunity.org does not exist anymore

I’m writing this in hopes you’ll see it, though your post was years ago. I tried to visit your website, but I keep getting a “Cannot Connect to Server” message. I’m very interested in joining your community and learning more about it. I live in Anchorage, and I’m longing for a more natural way of life. I hope you found a lovely partner to share your life with, but if not, I’d be happy to be your friend.
Hope to connect with you soon!

SRM
matthew brumbaugh
Posts: 2
posted 4 months ago
Sir you are my hero. Not only  for your bold choices but of the elegance of your words.   I'm doing the same exact thing you did and would love to visit the product of your achievements and hopefully engage in a damn decent conversation.  Maybe you could give me a few pointers too!   Haha. Well I sincerely hope you receive everything you need in life old timer. My name is matt.  My phone # is 2107087235. Email: mattbrumbaugh77@gmail.com
I'll be into those parts at the end of the month backpacking  if you wouldn't mind giving me a shout. Oh and just to make it clear I'm more of a soul brother than a soul mate, being a guy and all. Haha. Good luck out there.  Hope to hear from ya.
Luetta Robinson
Posts: 7
Location: Alaska
posted 4 months ago
Hi Andrew,

I also live in Alaska. I would love to connect & swap stories & solutions. Your website must be down.
I hope all is well!

Luetta
Jenny Jones
Posts: 79
Location: Fort Worth, TX
11
posted 3 months ago
This is beautiful. You are a beautiful human. I will look at your website and explore. Thank you for what you do. Community is everything and I am craving to find "my people " in this world.