David Livingston
pollinator
Posts: 4328
Location: Anjou ,France
243
posted 3 years ago
Here in La Ravardiere we have three ponds and I am looking for advice on what I can do with these ponds and my current plans for them .

This pond is the largest and oldest pond I suspect its about 200 years old and in half in half out of the property I rent . It used to be used for washing . However these days its just a pond  about 100m2.  I am told that in the past it used too flood regularly but with recent changes in drainage this seems unlikely . More on this later . When we first visited it was an amazing haven for wild life unfortunately before we moved in the builders used it as a dump to put the debris from digging the new septic system . Making the banks steeper and the pond slightly smaller . The pond suffer from the water being polluted by run off from the farm and its 400 cows and is  often algae infested . This year our third the frogs are making a come back we have more dragon flies  and things are looking a lot better . We still have a mat of duck weed and blanket weed but I am trying to introduce some water lillies to counter act this . I am thinking of finding some "wild " ones but have so far only some Marliacea chromatella and some  "attraction" both still small
permaculture-pond-1.jpg 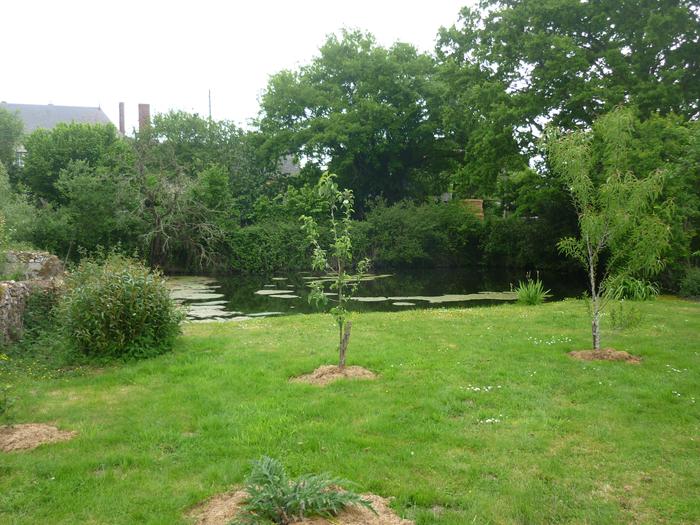 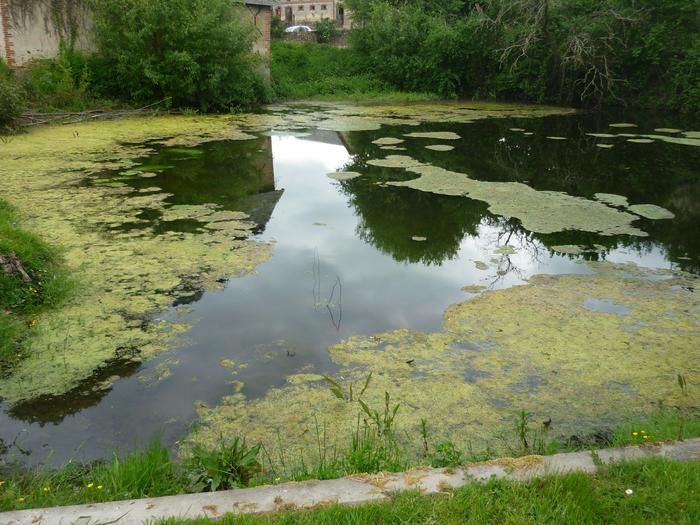 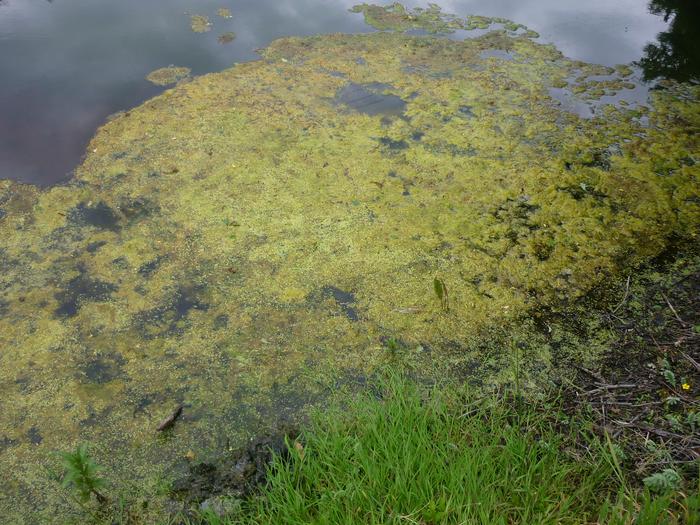 David Livingston
pollinator
Posts: 4328
Location: Anjou ,France
243
posted 3 years ago
Pond Two
This is more of a dark limpid pool situated next to the road ( the road is to the south) When we first moved in this pool was quiet clean looking water even fish! no algae just some duck weed . I think its too dark for the algae .
However the builders built new drainage from the château and our houses septic system this lead to flooding and then two years ago my neighbour ( the one with the cows ) re dug an old drainage ditch that reduced the run off to pond one ( great) but instead caused flooding and introduced the nitrogen rich water to this pond - boom   algae heaven then last autumn the drought emptied this pond  after I took measure to stop the flooding ( see pond three ) . This pond is very quiet this year back to being a limpid pool .
I am thinking at some point of harvesting the trees on the north side for fire wood and to let more light in to the pond plus I hope the frogs and fish may return 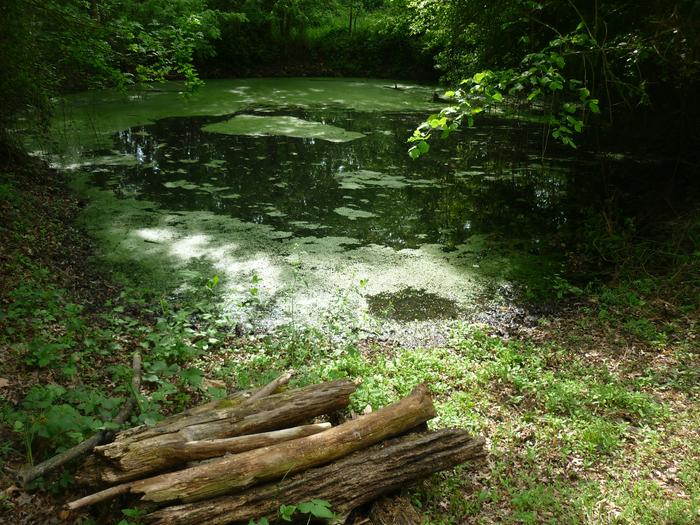 David Livingston
pollinator
Posts: 4328
Location: Anjou ,France
243
posted 3 years ago
Pond three  or to be more accurate pond 2 and a half

My neighbour ( with the 400 cows ) dug out an old drain on his land then while I was away , dug out about 5 m on to the land I manage to make the drain bigger on my side ; He had no permission to do this ;-(  but this is France things happen. This led to flooding ;-( so I set up the old ditch as a swale and the newly dug part as a head water feeding the swale . This water is quite "dirty " nothing grows in it , often bubbles rise to the surface . Nettles grow very well along with black berrys . I hope to dig it out some time when it dries out in the summer as good soil is hard to find for free .. Any idea of what I could grow beside it that would be edible or at least good for bees .
permaculture-pond-5.jpg 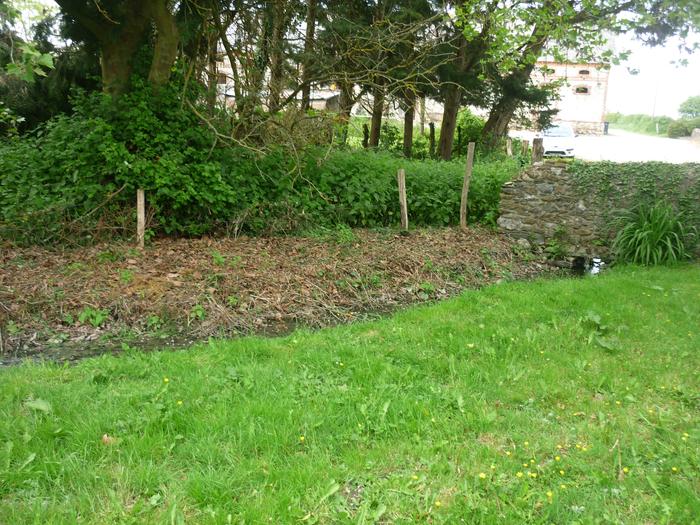 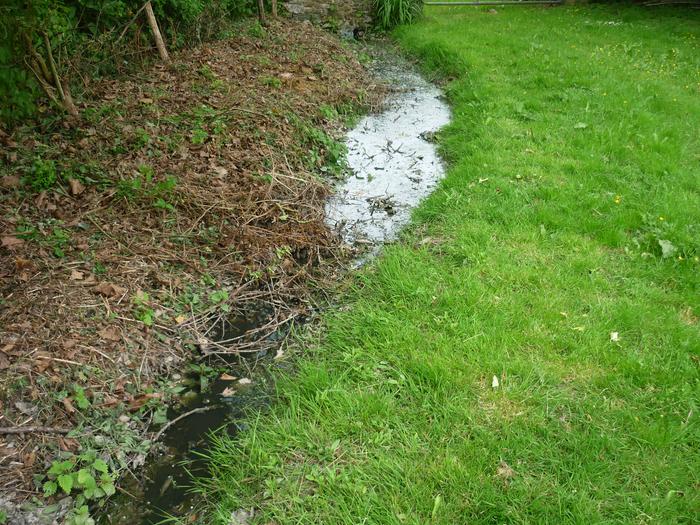 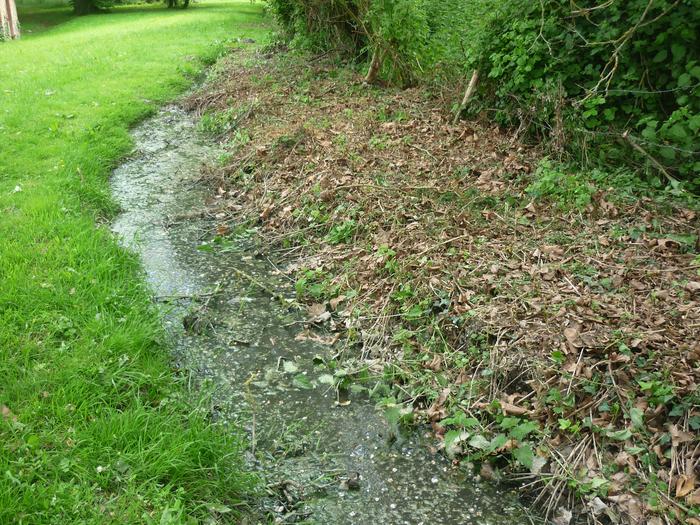 posted 2 years ago
Those are some beautiful promising ponds David. A shame they're not very diverse in plant life. When i made my little pond 6m2 set out to collect bits of plants where they were abundant and introduced them to the pond. My mother and her husband were helping by looking out for new species on their hikes by the riverside. Probably sixty species got in that way, most dissapeared, but i guess i must have 25 that are established now.
Which is nice because there is something in bloom from spring to the autumn. Bees!
I tried waterspinach, and ate it, it flowered but seeds were mixed up with morningglory seeds and possibly cross polinated, i am still looking for edibles to add.
There are three plant species that i advice not to put in, because they grow easily out of control : watermint,  Irisses , and the invasive south American Ludwegia grandiflora which you see in France at waterways. I got them, but it's not a lot of work to keep under control, it's a shame i can't appreciate the watermint taste. But because of their rapid growth they do use up a lot of nutrients. Shops got special underwater plantcontainers
I got fish in there which we caught when they were young in a  river. It turned out to be a lucky shot, they were Scardinius erythrophthalmus or common rud. They eat plants, when the temperature of water is over 18 degrees, so they do not eat all plants. Airiation out of the window. The rud keep the female frogs out, some young bachelars do live there, but they do not call so loud, because female frogs rarely spawn in there because of the fish, i guess.
Now i'm building a nature swimming pool with a friend, and i'm going to populate it with the plants i have this spring.
It's nice you have a shady pond, different niche, cooler as well, but all the flowfield water is going in there and leaves, that's going to be a nutrient dense soup, ours feeds the grass. I got an IBC rainwatertote which leads into the pond to top it up in summer when i scoop the water out to feed my veggie patch.
IMG_0036.JPG
IMG_0089.JPG 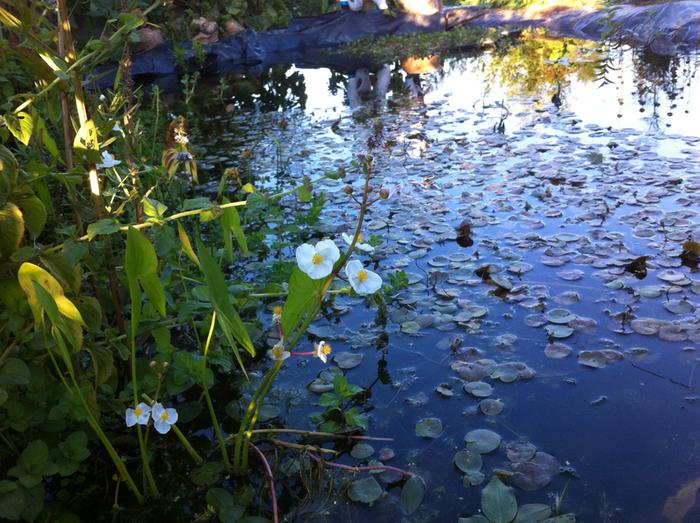 David Livingston
pollinator
Posts: 4328
Location: Anjou ,France
243
posted 2 years ago
Nice pics alas since I took  my pictures all three ponds dissapeared due to the drought , they have only started to come back in the last three weeks :-(
All the frogs herons etc etc gone it's very sad plus my LL has instructed my neighbour to install pipes so pond 3 will go for good . It's quite depressing hope things are wetter next year