posted 3 years ago
It is kind of a long story, but after three years in Federal Court I won an appeal against the USDA-NRCS regarding erosion on a particular field that I have. Now I have been awarded the contract and will soon have a soil engineer out and have the situation remediated. We pretty much already know how that will go, but some of it is kind of silly.

For instance, the bulk of the project is putting in swales and check dams, yet the grant only provides $900 an acre for that. Fortunately I have my own bulldozer and backhoe so I can get the work done without costing me a lot, but I can see why others would be less inclined to put in these sorts of protection from soil erosion if the payout is so little.

Another interesting facet is that I am plowing under perfectly good red clover so that I can replant it back into 50% red clover, with 50% timothy added in. Again this is a requirement. The reason is simple, we use tons of liquid dairy cow manure and those red clover seeds pass through a cows four stomachs unscathed, so when it is spread back on the field, they germinate. Fortunately you cannot kill red clover so it will come up again, but a simple bushogging a few times would have killed the weeds and let the clover take over 100% Still this is part of the deal. The payout is pretty high on this, but so are the requirements since I must amend the soil to soil testing recommendations. For my farm this means lots of imported lime from out of the country. Yikes...I am not even sure I can do it for the allotted amount.

The last aspect of the grant is putting in a roadway across the field for access. I am all about accessing parts of my farm, but sadly this is going to divide a 10 acre field into a six acre field now, and a 2 acre field. This is not their fault, it is just the best place for the road to go when all other aspects are accounted for. Interestingly enough the payout for this is the highest, while the actual cost of implementing is the lowest.

So it will be interesting to see how this plays out financially. Right now the squeeze is on time wise. To sow cool season grass it should have already been done, but its been such a wet spring that I have only got half of it plowed under. I tried some faster methods, but I just could not break up the clover that grew up from when I deep tilled it last year. This meant plowing it with a moldboard plow again. Not what I wanted to do, but such is life. Now it is a race to smooth, remove rocks, and sow all before June 15th. The swales and rock dams, along with the road, is not so time critical.

posted 3 years ago
One thing I have found is that communication with them is critical, so I took some time yesterday to build a scale model of this particular field, depicting the swales, rock dams, roadway, contours, fencing and culverts that I feel will work best for me. I have found the effort to do so is a valuable tool as it allows someone to visualize just what I am thinking comprehensively. I highly suggest this for others. I have 2 foot contour maps, but the scale model was done in 4 foot contours just because it was easier. It still shows the concentrated water flows.
Travis Johnson
pollinator
Posts: 4958
1154
I like...

posted 3 years ago
I ended up finishing this project yesterday and had it approved today by the USDA-NRCS.

My wife and I are tired; it was a 3 year project but we managed to get it done in 3 months doing all the work ourselves. The only supplies we had to buy was lime, fertilizer and seed for the field renovation, whie the rest we provided ourselves. The labor, equipment, rock and even gravel.

The latter was kind of interesting as we needed a foot of gravel on 475 feet of road, or 350 cubic yards. We have a dump trailer, but it only holds 1 cubic yard, so yes we made over 300, 1 mile round trips towing it with our Ford Explorer. To fill it we used our 25 hp Kubota farm tractor.

The project was so big we needed a bit of help, I built two homemade implements to make it easier; a homemade grader blade that went on my log trailer, and a ripper that went on the back of my tractor to help plow up gravel so it would be easier to dig in our gravel pit. Both helped tremendously.

Here is a beginning and ending photo, though teh project included a lot of swales as well; about a quarter mile in all. 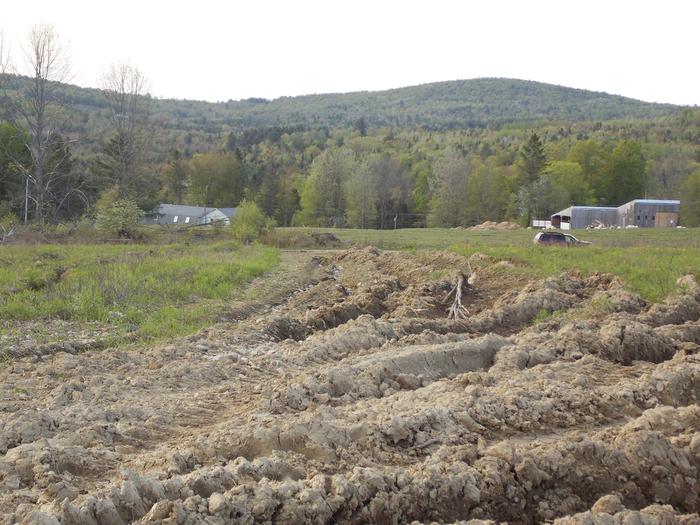 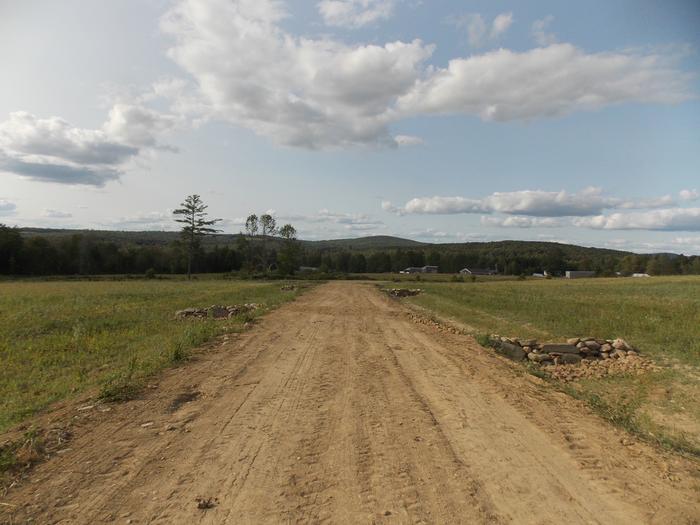 posted 3 years ago
That looks great Travis! man, 1 yard of gravel at a time...that's perseverance!

posted 3 years ago
Yes it is, but R G LeTourneau once said "there is no big job, just small equipment". I know what he meant, and he is right, but I cannot even buy the steel to build a 12 yard dump trailer, so...I use what I got. Its my mantra here.

We looked into having a guy do the gravel for us, but he was young, not quite right with his figures and quoted me $7000 to dig my own gravel, and haul it 1/2 a mile one way. I only got $13,209 for the whole job so I was not about to do that! I could have bought gravel from another guys pit for $5000 5 miles away. Still I HATE buying dirt, especially since the soil engineer approved my gravel. That left me only having to move it. That was what it came down too.

posted 3 years ago
I'm so impressed with your efforts and persistence.  Great work!

posted 3 years ago
Hey thanks, here are a few more showing the transformation the field and ditching made. 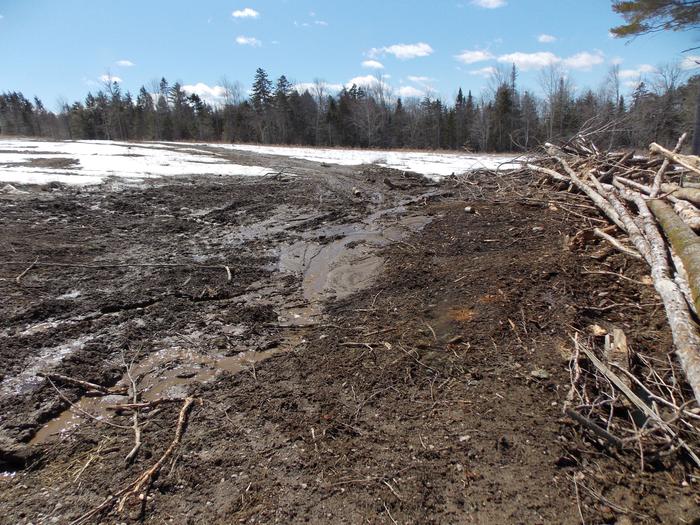 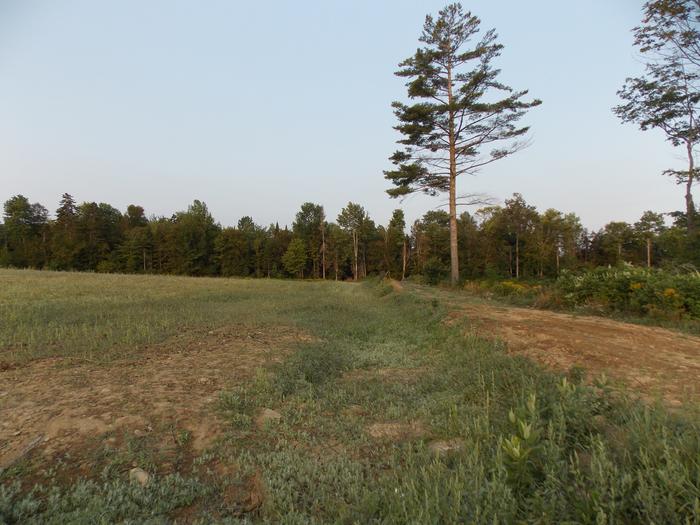 posted 3 years ago
Another... 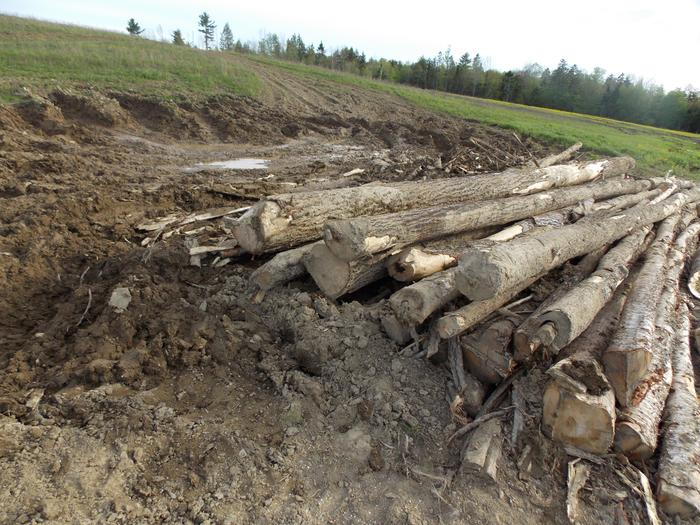 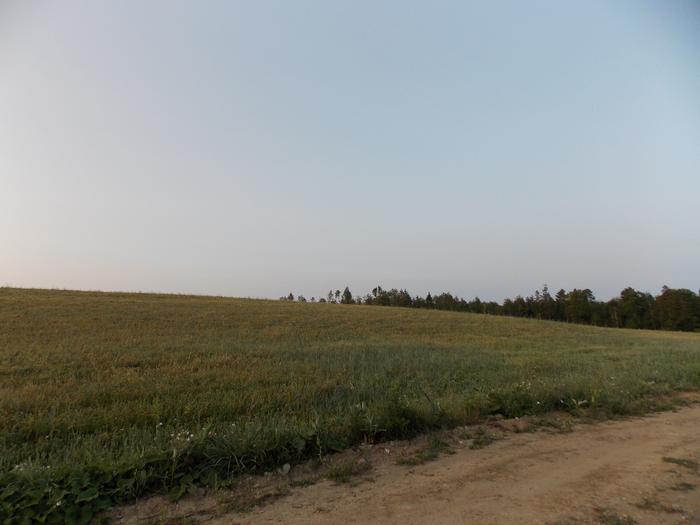