I checked out this little island yesterday. It's in an artificial lake in Beacon Hill Park. It's only about 1000 square feet, but being an island, it's a little world unto itself. It's about 30 feet from another little Island.

When I see nice things, I often want to have one for myself. This one is no exception. And I've worked out how to do that for relatively little money.

I have some odd little hills about 8 feet high, that are sitting on land that is otherwise fairly flat. They are rather steep and would make nice Islands, rising from a flat pond. I learned from my tenant, that they were built by hand, by Chinese laborers who built a railway through my place, over 100 years ago. The land is gravely and doesn't hold water, but I have lots of water a few hundred feet away. Pond liner cost about $1 a square foot. There's an excavator living on site. Due to the level nature of this spot, I think that it makes sense to surround these hills with a moat. Somewhere between 12 and 20 ft wide seems about right.

There are potentially three different islands that could be constructed in this way. The total is approximately 5000 square feet. They are already covered in trees, some of which will be harvested soon. After they are surrounded in water, this could be a place to grow all of my leafy stuff and strawberries that deer and rabbits love so much.

They are quite long, along their south-facing sides, and the slope contributes to them getting considerably hotter than the surrounding ground. This would be a great place for peppers and other heat lovers.

I've already been scouting all over the property, looking for places to build ultra small cabins, that would basically function as a tent for Airbnb customers who want a more rustic experience. Right now, the hills are surrounded by stinging nettle and salmonberries that I don't use for anything. A pond would be much more useful.

I considered leveling those areas, when the road was improved last year. They were an odd feature, that I wasn't sure how to fit into the landscape. This would turn them into a protected growing area and coveted camping spot.
20170713_193602.jpg 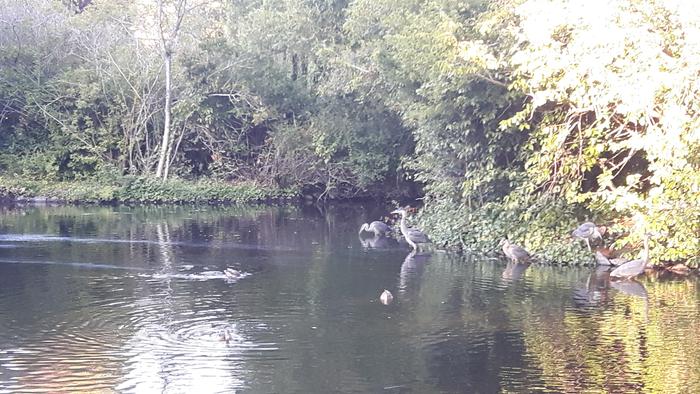 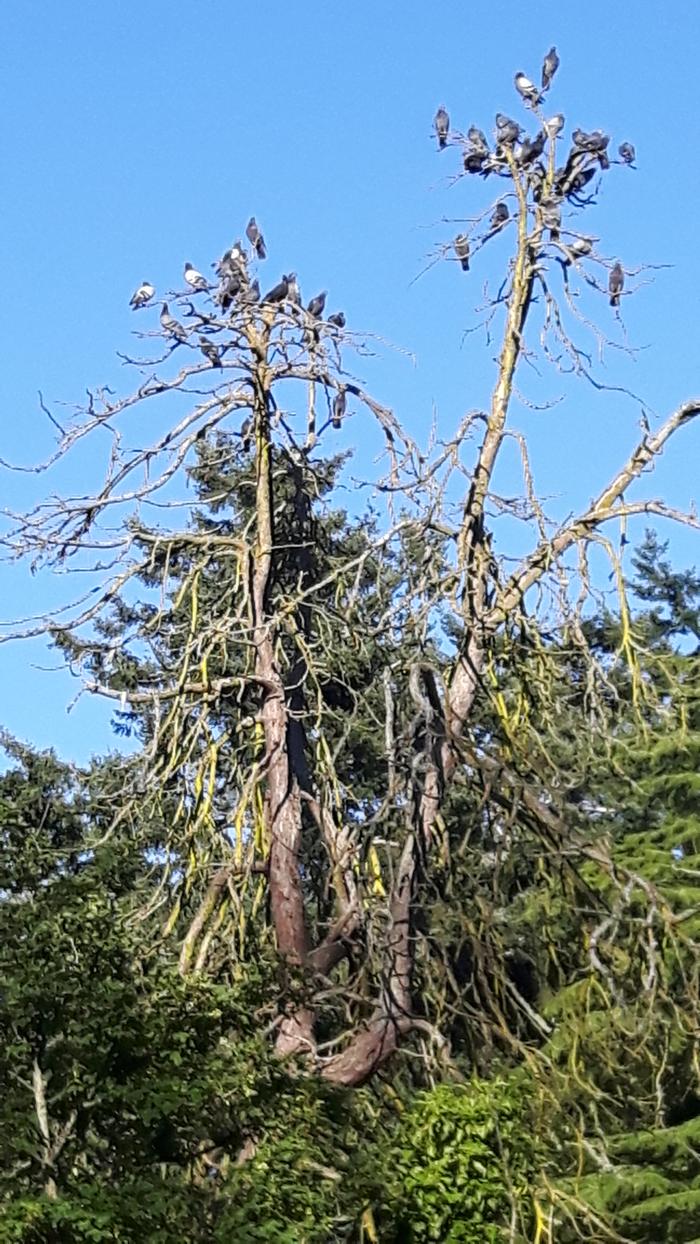 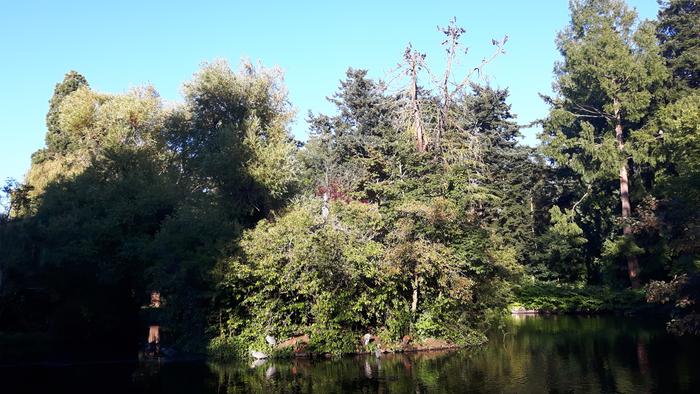 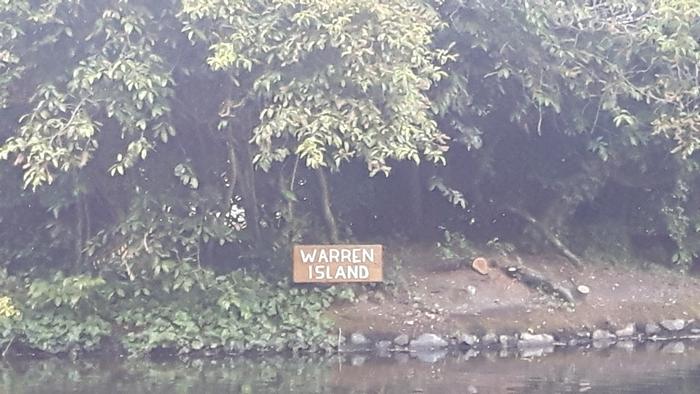 posted 3 years ago
Hmm,maybe one island could be used to grow running bamboo? Put a little cabin in the center of the grove?

Dale Hodgins
Posts: 9002
Location: Victoria British Columbia-Canada
671
posted 3 years ago
Realized that in my initial post, I had a picture of the sign for Blair Island. It's the larger and more swampy Island next door. You don't want to go there. There's a witch.
........
I'm not sure if I will go with bamboo, but given the history of these mounds, it might be nice to put in some sort of Chinese element. Perhaps a sculptural water feature and some roof styling on a little cottage. I could see using a small amount of bamboo, on the North side, in a relatively flat area. Bamboo loves to puncture rubber liners, so there's that. At Finnerty Gardens in the University of Victoria, there are bamboo that can become 4 inches in diameter. Some of that might be nice. A cabin in the center of a clump, would be very private. When I go to campgrounds, privacy is one of the first things I notice. Some places use natural features, to separate their guests. Others look like they cleared a parking lot and then planted trees around carefully-planned cul-de-sacs.

I work in a lot of different landscapes, when I'm pruning trees for customers. So many elements end up looking really contrived. That's a risk I run with fairly tall little Islands that already have mature trees on them. I can't afford to put them in a 1-acre lake. I could see them looking a little odd, if I simply had a grassy approach and then there's an artificial moat with an island in the middle. I do have lots of large rocks oh, and plenty of growth around the pond, should soften the edges. I would also want to vary the width, so that it looks somewhat natural, at least from the main approach. If they were surrounded in fruit trees, and other tall growth, it would be a walk of discovery. Visitors could walk toward those trees and not realize they are approaching an island until they are upon it. When I look at the more poorly designed water features, that my customers have built, they tend to center it and put it on display, for the world to see, from a distance. But that's not how water works in nature. It tends to flow into the dark corners, and be completely hidden by trees and bushes.

The edge of the artificial pond where this island resides, is softened by plenty of plant life. I took these photos in the fading light. Not bad for cell phone photos.
20170713_195003.jpg 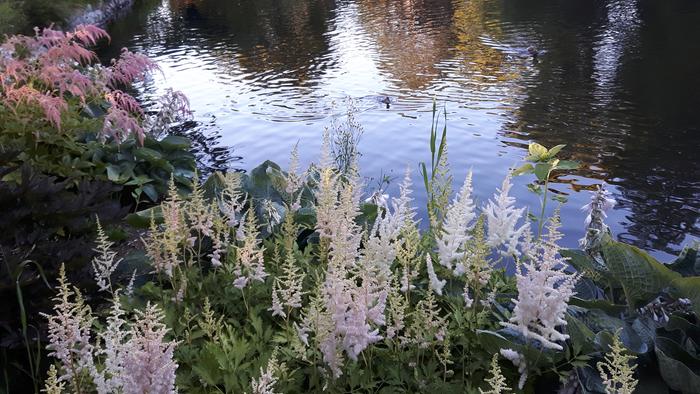 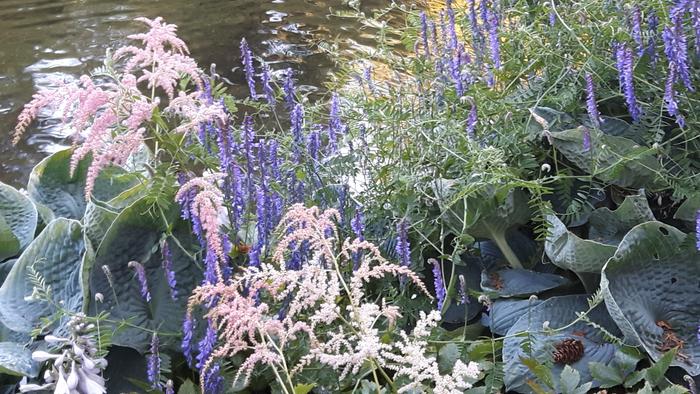 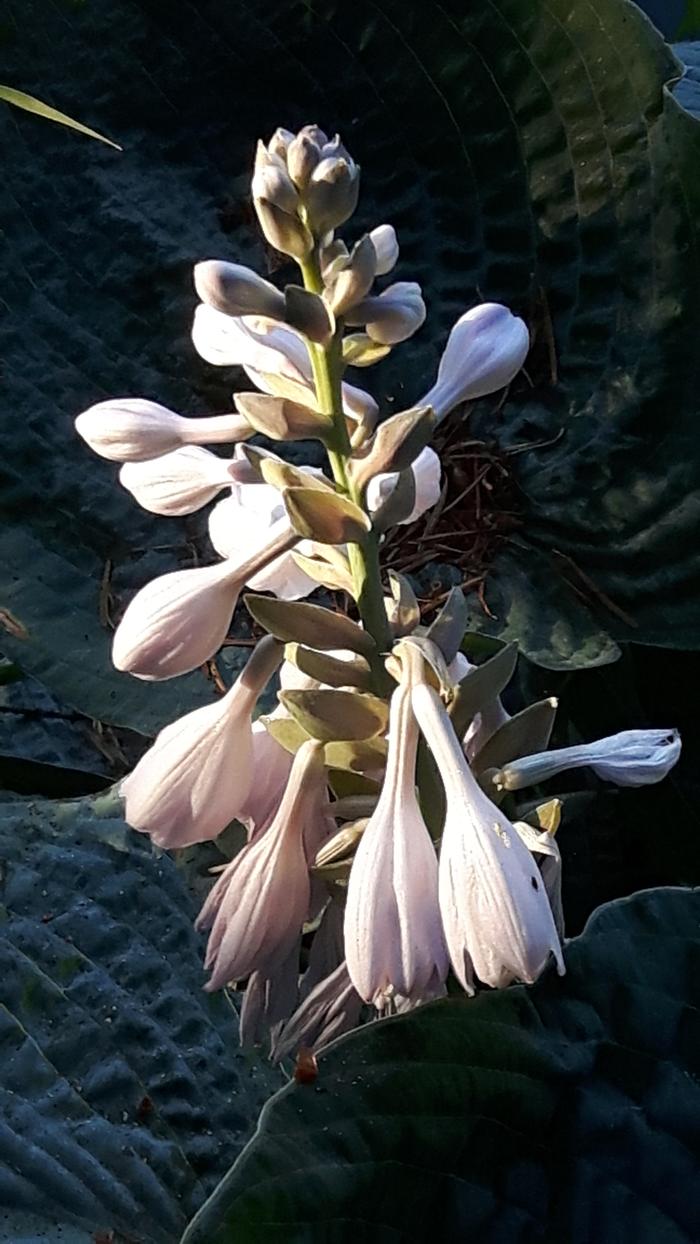 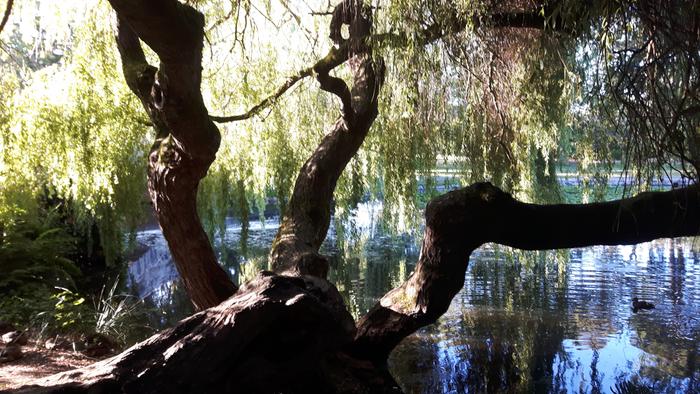 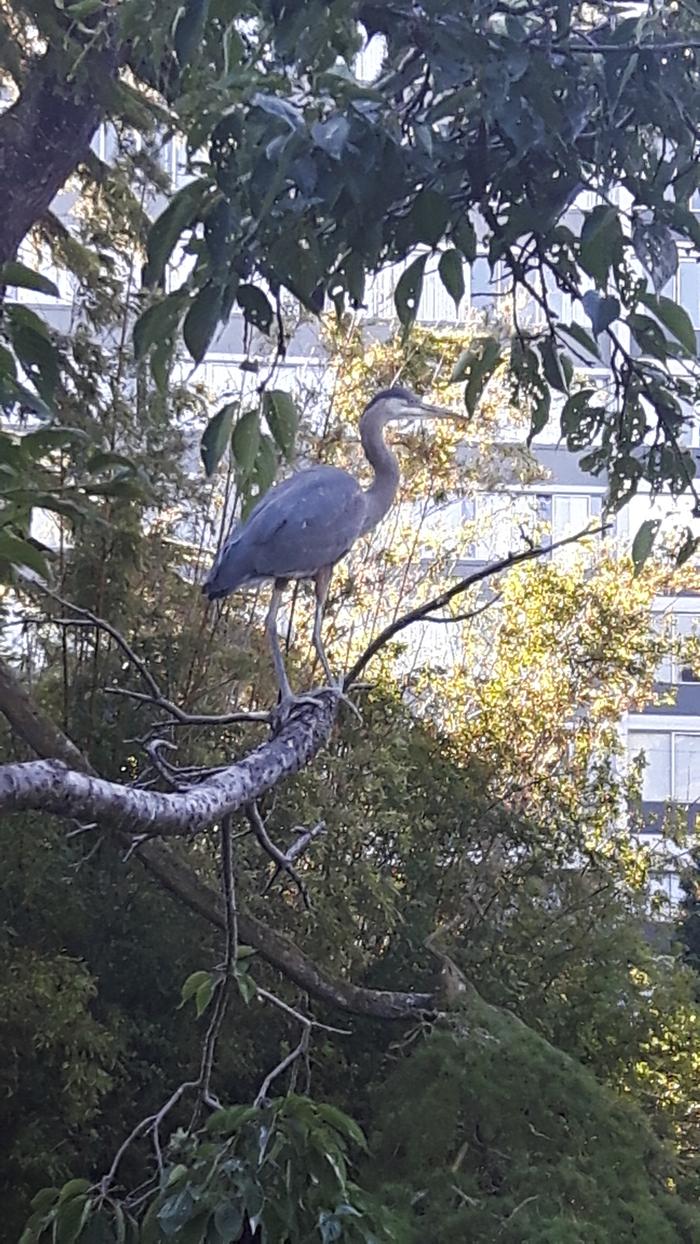