posted 2 years ago
I wanted to share something I found a while ago on one of my late night excursions. I was looking up traditional agroforestry in my country and I came across this magnificent example of an ancient food forest that was created by indigenous people across many generations. It seems that they get most of their food needs from this sort of food forest and from the three sister's companion planting, it has at least 300 useful  plant species that were added by them such as avocado, sweet potato, citrus, bananas, etc; along with medicinal plants to treat a wide array of illness and disease, timber and non timber forestry products such as mushrooms, honey and this is not counting all the available wildlife available for consumption!

"Shade-grown coffee agroforests of the Sierra Norte of Puebla, Mexico, are, in reality, reconstructed tropical forests, called Kuojtakiloyan, in which Nahua Indians have manipulated a large number of plant species since ancient times. In these coffee gardens, where wild and cultivated plants coexist, the structural characteristics and ecological processes of natural forests are preserved, although the species composition has been adapted to suit the needs of the producers. The architecture of these agroforestry systems is created through the combination of species belonging to the 13 main Nahuat plant families or " life forms " (Beaucage 2009), each playing a specific role in the agroforestry dynamics as well as in the subsistence strategy of households. Encircled numbers indicate the number of useful plant species. Source: Toledo et al. (2004) (color figure available online). "

Here are some graphics from the site:

And an actual photo: 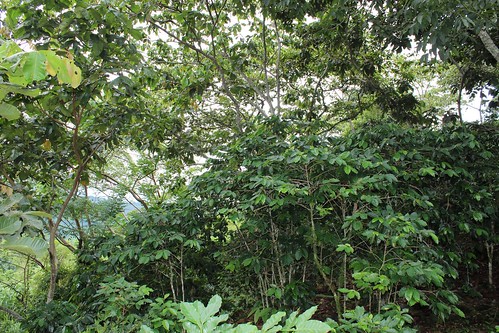 Sadly, it seems that this is all being threatened by mining, fracking projects, and dams that will wipe out their and their ancestor's efforts. I can't believe that people here can be so indifferent to something as important as this. In my country, indigenous cultures and people are treated like trash; they take advantage of them, try to force them off their own land,  try to "modernize" their lifestyle but the thing is, I think they're a lot more advanced than us city folk in many ways.

So, anyway, just wanted to share it with people who would appreciate it.

posted 2 years ago
Thank you for the great post.