Gord Welch
Posts: 64
Location: Oregon
posted 9 years ago
So I'm looking for land to farm on at the moment and talking with several land owners. Yesterday I stumbled upon the place in these photos. South facing slope, with a bowl shape and a 1/2 acre pond at 800 feet. We're in the middle of Oregon's Willamette Valley. So rain for 6 months, drought for 6 months.

There's several hundred more feet of hill below this that could be used for additional ponds. This one is fed by two springs, and it's only 8ft deep.

Dare I ask what anyone thinks I could/should do with this?
IMG_0166.jpg 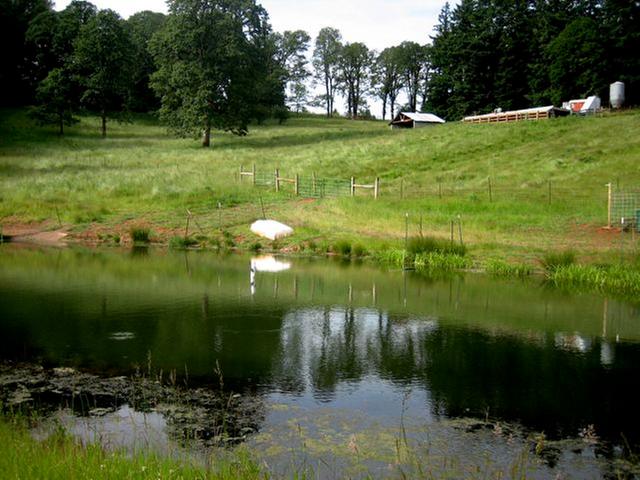 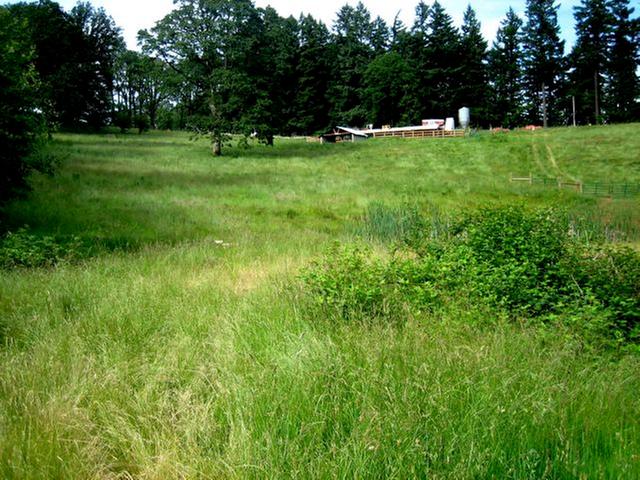 rose macaskie
Posts: 2134
7
posted 9 years ago
Have fun with it. iwould enjoy giving it a try. I suppose anyone would. Do you have to set up a good store of food for the dry season?
and, heavens if land can look like that which has six mounths of drought this is a real shame for the mediteranean where they only have two or three mounths of drought and manage to do for all their vegetation. agri rose macaskie. .
Gord Welch
Posts: 64
Location: Oregon
posted 9 years ago
Thanks. The land has been managed quite well recently with cattle and pigs rotationally grazed on it. The soil is in good condition.

As for the rain and drought. Basically it stopped raining here about 3 weeks ago and won't rain again until early winter, although we had a light sprinkling last night. In my limited experience here in Oregon, the soil holds the water very well with even a limited cover or mulch, so other than sprouting seeds, there's not much that's critical until much later in the growing season. But then, the lack of rain is good for a lot of crops, too.

I find night time lows to be highly problematic, though, which is perhaps why I'm so excited about this heat sink. Right now, I have to cover my tomatoes, peppers, watermelon and eggplant every single night to keep them growing at all. But if I forget to open the covering in the daytime they'll fry... I singed every single tomato plant one day last week because I was a wee bit slow. If I can trap the heat naturally, I don't have to worry about cooking my crop before I harvest it, right?
rose macaskie
Posts: 2134
7
posted 9 years ago
How are you going to trap heat naturally? qhat heat sink?
i feel like the more talking about making microclimate the more it will seem like i know how to manage to make microclimates my self. i feel hungry for talk on amending the climate.
If you have plastic on them at night they fry in the morning do they? What aboput shade cloth?
i think i read a book called the Oregon trail as a child it seemed quite tough in oregon if I remember right. agri rose macaskie.
John Polk
steward

Posts: 7926
Location: Currently in Lake Stevens, WA. Home in Spokane
318
posted 9 years ago
The Willamette Valley is considered one of the great growing regions of the world.
Rich soils and moderate weather year round.  Land is very pricey there.  A lot of land is being put into vineyards.

Location is near Salem.