posted 2 years ago
For those who live in the tropical parts of the Americas, the calabash tree (Crescentia cujete, known as higüero in the Dominican Republic) is a source of useful materials. In some cultures, these are used in a manner similar to the bottle gourd, for containers for food and drink or for utensils. These uses are not so common in the Dominican Republic, but it is popular there for decorative lamp shades. Besides cutting out the top and bottom of the calabash, the artisan drills holes in the sides in a decorative pattern, so that the light forms little points on the nearby walls and ceilings. More elaborate designs can be made with the cutting wheel of a Dremel tool, for larger holes in various shapes, slits, etc.

The first picture shows several calabashes in their fresh state, still green; the second, a dried calabash. Some dry even paler than this one. However, for decorative use, all the holes should be drilled or cut while the calabash is still green and intact. Wear a particle mask and eye protection, as dust will fly. After all the drilling and cutting is complete, remove the pulp, scrape the inside of the shell clean, and set it to dry. It will harden as it dries, and become like wood.

There is a second species, known in English as black-calabash (Amphitecna latifolia), which grows along river banks, in contrast to the true calabash, which is found in open pastures and woodlands away from water. The third picture shows several of the smaller calabashes produced by this species. As you can see, they are smaller and generally less conveniently shaped, and are not normally used in the Dominican Republic. I tries some initial experiments with these, cutting and drying them as I would the true calabash. I find that they are much more brittle when dried, easily broken, and not practical for purposes which would potentially subject them to breakage. However, they are a convenient size for drinking glasses; and unlike glass, they do not produce tiny, dangerous shards when they break. Intend to do further testing with these.
Calabashes.JPG
Calabash-dry.JPG
Black-calabash.JPG

posted 2 years ago
There is a famous smoking pipe pattern originally fashioned from the calabash that gave it its name, popularised by some versions of Sherlock Holmes. 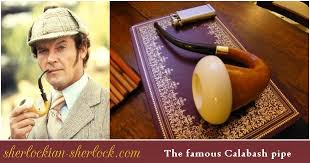 posted 2 years ago
I've never seen the tree or the black calabash but I've been growing what are described as "calabashes" Lagenaria siceraria, for some years and they're very similar to those and can be used for all sorts of things.

We had kittens a couple of years ago and they played with this one until they left for their new homes, there's another fresh one just behind it (The big green pear). 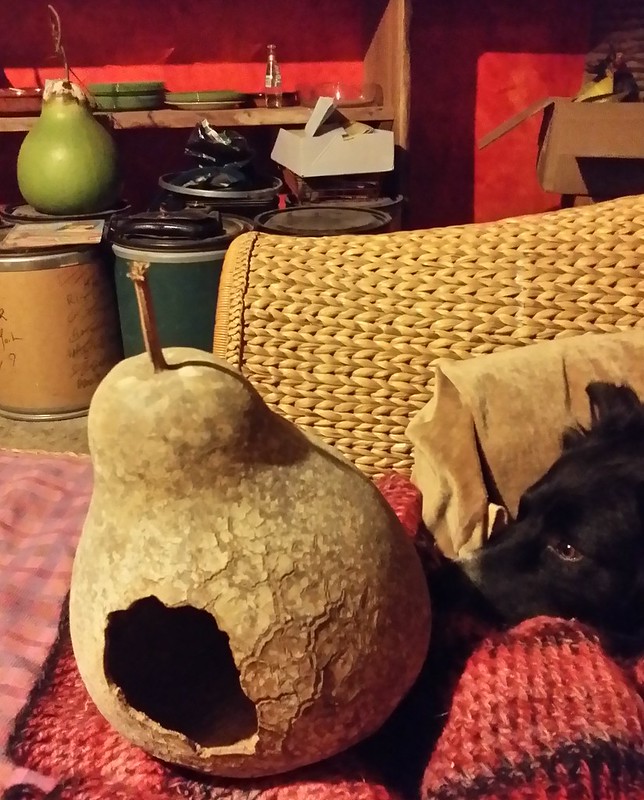 posted 2 years ago
Although there is a calabash tree not far from my farm, I prefer to grow gourds instead. They are a lot more prolific, easier for me to work with, and come in larger sizes. A friend of mine makes all sorts of containers and ornaments, often using the Ni'ihau dying technique. I lean towards using a wood burner to make designs then add highlights using surface dye. Either way, the gourds make nice useable items. 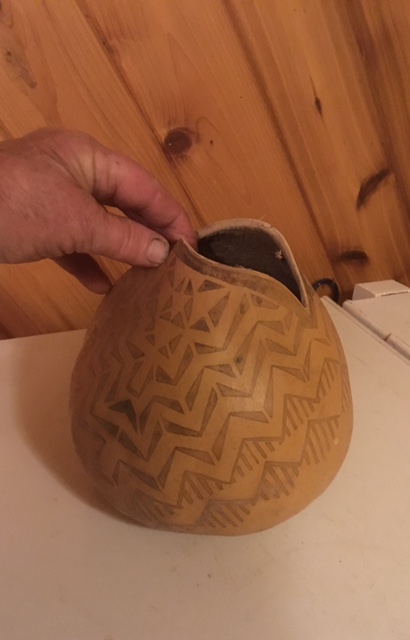 Irene Kightley wrote:I've never seen the tree or the black calabash but I've been growing what are described as "calabashes" Lagenaria siceraria, for some years and they're very similar to those and can be used for all sorts of things.

That's right. That was the "bottle gourd" I referenced in my first paragraph. There are a number of shared uses between the two.