Lucrecia Anderson
Posts: 538
Location: Middle Georgia
81
posted 2 years ago
Bought a bunch of ripstop nylon to make rain gear and a poncho tarp. Material is very nice but I realized it is NOT waterproof!  The waterproofing sprays that are sold only add a bit of water repellent to the outside and they don't last very long, none are sure proof if you get caught in a downpour or much good for water collection.

Found lots of videos on a super easy and very effective DIY method using regular clear silicon  gel and mineral spirits. It liquefies and embeds the fabric with silicon which makes it TRULY waterproof, then dries quickly.   Some people take a regular king sized sheet and treat the whole thing in a bucket to make a large and  inexpensive tent/tarp.

From a survival/prepping perspective having a large tarp on hand to collect rain water for drinking (it does not need purification if it is caught in clean containers) is important, and I would think this silicon method would be suitable for rain water.  There are also more complicated "natural methods" using linseed oil and turpentine and such but I wouldn't want to use that for rain water, plus I think it would be highly flammable.

posted 2 years ago
what about a wax method?

Youtube has lots of videos on using beeswax too.

I am waterproofing gear for my get-home-bag which stays in the car. In the summer the temps in the car soar to 120 degrees or higher so wax is out of the question for me. Plus I am concerned about weight and longevity. But here is a video on wax:

Lucrecia Anderson
Posts: 538
Location: Middle Georgia
81
posted 2 years ago
So today I mixed up the silicon and mineral spirits and waterproofed my poncho/tarp, some rain pants, and a couple of bags.

Things I learned...
1) "Odorless" Mineral Spirits has a really really strong odor! Guessing the odorless part applies to after it has dried. Sheesh, the Silicon reeks and the mineral spirits reek even more. Definitely an outdoor project.
2) Tie down your tarp including the bottom coroners! As it starts to dry it is like a glue trap and if the wind blows it will stick to itself and be difficult to separate.
3) Keep pets out of the area, not only is the smell horrid but every tiny dog/cat hair, or tiny insect, gets stuck to the wet silicon as it dries. Doing this in winter when there aren't many insects around is also a good idea.

I only had a little of the mixture in a bucket and stirred until all the silicon lumps were gone. Then I put the tarp in and squished it around for a while until every bit was saturated. The latex gloves I was wearing stretched and almost disintegrated but ultimately did the job.  After doing the tarp I threw 3 smaller items in and squished them around too.

It is drying now and seems to be doing okay. The smaller items that were mixed around with the tarp got a much lighter coating and don't seem to stick together as much (but the tarp itself needs more since I want it to handle an extended downpour if needed and not leak). If I were waterproofing something that had to look "pretty" I would probably put this stuff in a spray bottle and use that instead just to minimize the bugs and such. 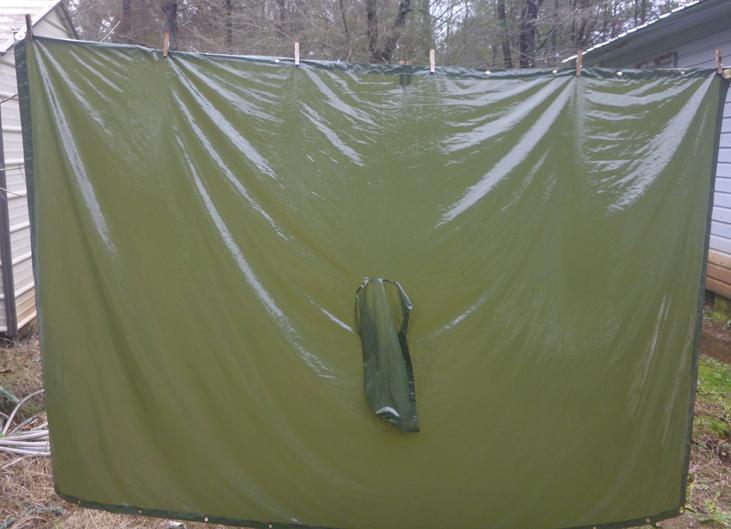 FYI the tarp/poncho was homemade out of 60" x 90"' lightweight ripstop nylon (lighter than similar ponchos). It has metal grommets on each corner and metal snaps down the sides along with a draw string hood. Never used metal snaps before but I really like them! Bought a little kit with 100 snaps and the tools for $10 on ebay. Definitely will be using these on lots of projects in the future.

posted 2 years ago
Please let us know how this holds up over time.

Were the smaller items ripstop as well? I could see ripstop taking the silicon differently because the fibers aren't as absorbant as other fabrics. Might be nice to have something to compare it to.

After throwing out a few tarps this fall cause they were starting to shed icky plastic flakes, I've been thinking about how to waterproof old bedsheets to use in place of tarps. Was going to try out a wax concoction but this might be more practical since our summers can be roasting.

Jan White wrote:Please let us know how this holds up over time.

Were the smaller items ripstop as well? I could see ripstop taking the silicon differently because the fibers aren't as absorbant as other fabrics. Might be nice to have something to compare it to.

After throwing out a few tarps this fall cause they were starting to shed icky plastic flakes, I've been thinking about how to waterproof old bedsheets to use in place of tarps. Was going to try out a wax concoction but this might be more practical since our summers can be roasting.

Yeah the ripstop doesn't absorb a whole lot of the mixture, cotton or cotton/poly sheets would likely absorb a lot more. I will test its water resistant but I don't camp so I can't test for longevity, however I hear a good coating lasts at least a year with regular camping use.  Everything I used it on today was ripstop nylon however I plan to spray a canvas dog pack and the bottom of my backpack with this stuff too.

If you need to order grommets for your bedsheet tarps and haven't used them before I learned something when I ordered grommets too. I ordered 1/2 inch thinking they would be big enough to run paracord through. The 1/2 inch is the hole diameter and the grommets were actually 1 1/4 inches wide when they arrived!

Just took one of the smaller bags and ran it under the sink for a minute. The water beaded up with NO dampness inside. Though I did see a small patch that absorbed it (must have missed that spot) so I will be sure to wet down all the items and then spray any areas that absorbed water with more silicon when I make up another batch. 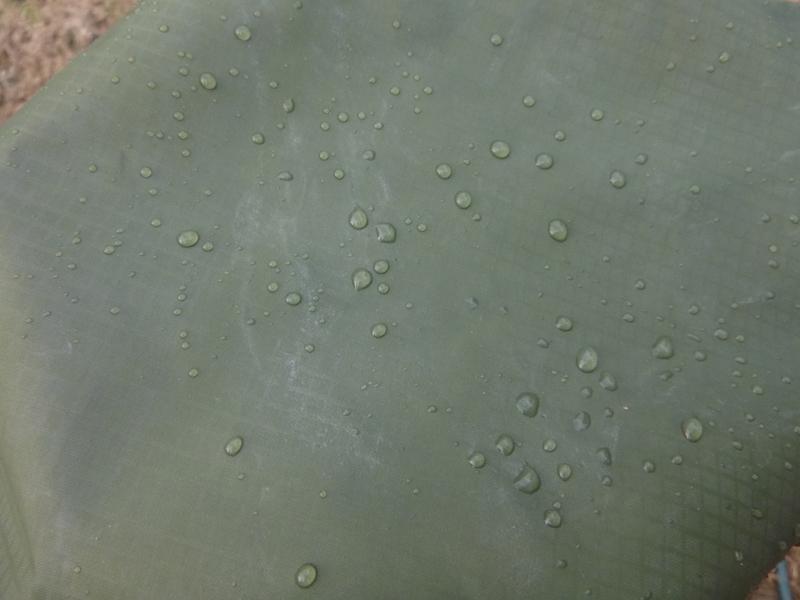 Bob Klein
Posts: 1
posted 11 months ago
So when I seach Silicon to buy some I can not find it on the web anywhere. Did you mean silicone gel?