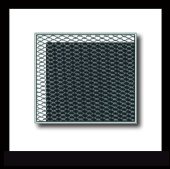 Natural lime finish on gypsum board - tips, tricks & recommendations
Thanks to all for the suggestions.

After taking it all in, it really seems like although it might be quicker in the short term to go with boards, in the long run it will probably be more work as it won't last as long. With gypsum boards I'm going to have a thinner lime, without much to stick to.. and it's likely the board will get damaged before the lime. While with wooden lath, it appears the lath lasts forever and maybe a generation down the track the lime can be patched.

I have looked at both the metal and fiberglass lath and will think about them some more. I've got an order of lath on the way, but I haven't seen what it looks like yet. I think it's probably going to be pretty smooth finished and not enough keys in it for lime to grab onto. In which case fiberglass might be the way to go for lifespan as well as affordability. Using metal lath would be perfect for sculpting some nice round corners. Will keep that in mind as well.

I want to get as close as possible to a natural look that has good moisture control for the room as it will be for an open kitchen / living area. There will also be a Rocket mass heater in the space so lots of clay to also help with moisture control.

I've never worked with dry wall before. It will be going on a typical 2x4 (5cm x 10cm) wood framing that backs onto a 8"(20cm) brick wall. I'll be insulating on both sides of the brick.

What is the process then for this?

I see it as the following:

1) Attach the gypsum boards - what is the best kind of gypsum? are there kinds that one should avoid that leech out nasty gasses etc? How do permies view gypsum in ecological impact? Does gypsum breath?

2) Plaster between the boards, let it dry and sand it for a smooth finish. I guess this should be a rough sand job.

3) Put on a rough lime plaster with some fibrous stuff added perhaps sand and manure - How well does this lime plaster stick to the gypsum? I can't imagine it holds too well to a smooth gypsum board.

4) Finish it with a smooth lime plaster and be the envy of all kids on the street.

Is there more detailed instructions on this or if there is a more detailed how-to somewhere? I've been looking for videos but it seems most people just seem to paint onto the gypsum which I think is lame. The surfaces of the wall should have some sort of moisture absorption and release.

We'd like to get that nice smooth and bright natural looking slightly creamy colored lime finish.

Any tips greatly appreciated - thanks! 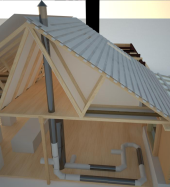 "You have to insulate the chimney" whenever I show my Rocket Mass Heater plans. Why?
Thanks everyone.

I guess I am sold on the insulated vertical chimney then! Some great points.

Better safety, better draw and efficiency outweighs a little bit of temporary heat while it's burning. Also less headaches with code and resale. Got it.

The 30' isn't taking into consideration the loss of drag in each corner, so yeah, that would mean 50' in the cob. You think it will struggle to pull? 50' is about the limit isn't it?

In my plans I've got the chimney about 1' above the roof, but adding a few feet sounds like it will add extra pull. I wonder: how necessary is that? I'm trying to do as high a heat riser as possible to increase the pump in the rocket.
show more
5 years ago
rocket mass heaters

"You have to insulate the chimney" whenever I show my Rocket Mass Heater plans. Why?
I've been showing my rocket mass heater sketch to places that sell parts for stoves and everybody keeps telling me I can't do what I plan (even though they don't know what a RMH is it ) and that I have to insulate the chimney. So thought I better consult the flame loving wizards here.

It's an 8" system and I'm planning about 9m (30') of exhaust running through the mass. The chimney then runs up through the second floor and any final residual heat hopefully gets dropped off on the way there. I would prefer not to insulate for visual reasons and whatever remaining heat leaving the chimney I want to enter the living space.

Is it vital to insulate a rocket mass heater chimney? If not, what are the pros and cons of it? Apparently it is code here in EU to insulate, but if the logic is different for a RMH I think I could explain it to the local authorities and still get it approved.

I'm now planning my second system in another building. And I still have enough 8" firebrick tube for the heat riser. I've read that since if you get a really efficient burn, that actually the gasses reduce and so its possible to use a 6" exhaust for a 8" system. So I'm thinking of this time trying with a 8" burn tunnel.  I have wondered if whether having a 6" burn tunnel doesn't really give enough  fuel to fill up that 8" heat riser and take advantage of it. What are your thoughts on this?

So what is the school of thought on this around gasses reducing. Have they already reduced enough once they are exiting the barrel drums to drop down from 8" to 6" exhaust?

Rob
show more
5 years ago
rocket mass heaters
Best birds for disturbing the ground
Thank you very much, all. They do tend to scratch more when looking for the grains.

We have ducks as well and that is very true they dump great amounts of manure. I'll keep an eye out for those Black Australorps. Cheers!
show more
5 years ago
chickens
Best birds for disturbing the ground
Hi everyone!

We've got about 12 chickens we got mostly for laying eggs in a movable chicken rickshaw with a solar electric fence. It's doing well! So far this year knock on wood we've not lost any birds to predators. Last year we lost about 20 or so to foxes and hawks. Anyhoo..

We've now got some lambs and we're looking to really improve our pastures so we're getting into this whole thing of wanting to disturb these old moss layered fields and get up some of that good old fat juicy healthy root grass going. Get some alfalfa and clove going strong. Scarifying the surface.. aerating etc.

The problem is, we can leave our bird flock in the same spot for a week and nobody will even dig up any of the grass. Looks like we got us some lazy chickens who've maybe spent too many generations getting easy pickings in a barn.

I read that maybe meat chickens are going to dig more - is that true? With the few options we got here in Estonia, we've been trying to pick new chickens that are grown outside and look like they dig a lot, but most places they've already just got them walking around in dirt and no grass. So ours tend to only dig in dirt if its already been disturbed and don't seem to want or know they can turn up the greenery. If you don't know breed names, are there things to look out for in a chicken that let you know if their type of chicken is a scratcher or not?

And besides chickens, are there other birds that are really great at fixing up a really old pasture?

The Best-Ever Dishrack for drying dishes
I'm in a similar situation. I did some searching and I like the minimal solution here that won't block the window sunlight too much.

Checkout this bad boy I found

Looks like it was made by http://www.small-projects.com/p24.php with stainless steel and timber.
show more
6 years ago
cooking
Moving chicken and goat paddocks setup
Thank you for that Katy. That would not be good! Half of ours have horns, fairly simple horns. This is something we have to weigh up. We would train them to the fence closely at first. I don't know what is worse: half starving the whole herd by limiting them to fixed and insufficient permanent paddocks, or risking death by electrocution. The holes in the net are too small to fit a head through, but I could see how if they were eating near the base off the fence, then suddenly lifted their heads the horn might grab on to the net. If their horns had those loops in them, more spiral-like, then I could see they'd really struggle to get unhooked. Thanks for bringing that at up.

I wonder if there is a kind of shut-off system available which can detect if there is too many shocks happening like that. Probably not , because the system is designed to handle occasional shocks from grasses touching it often, right?