How to decompact soil for forest garden?
Adding lime will often "decompact" the soil. If your soil pH is high already add some gypsum.
show more
6 years ago
forest garden

What minerals does soil lose when overgrazed with sheep?
Do a soil test. In Netherlander you guys have some good labs. If not send a soil sample to Logan Labs in USA. It cost 30$ (plus shipping), but you will know exactly what your soil needs.

In general you need to lime your soil. I would use marble rock dust (if available in your area) or coarsely grounded limestone, so it will release Ca for few years. As your soil has probably low Cation Exchange Capacity that's the way you need to work with it.

To change pine needles into humus, your soil will need sulfur (you definitely have deficit of sulfur) - you can add sulfur by using gypsum (it will provide you with calcium as well).

For phosphorus (and calcium) you can use bone meal. I bet you have plenty of it in your country as your meat producing industry is well developed.

How big area are we talking about? Few hectares or more? If it's up to few hectares you can do it by hand - it's very tiring, but you can do it in few days.
show more
6 years ago
goats, sheep and llamas
Tropical disease
Hi Evelyn,

most commercial chicken farmers add some minerals to the chicken feed. They do it because otherwise chickens would not be able to survive as food is not nutrient dense enough to support rapid growth or high egg production and good immune system.

What you could do it to make few soil tests to identify what mineral deficiencies soils in your regions have. If for example are deficient in copper, zinc or boron, selenium or iodine then it would be relatively cheep to add missing minerals to the chicken feed.

Obviously the best solution would be to grow food in mineral balance soil, but that might be more expense (at least initially).
show more
6 years ago
chickens 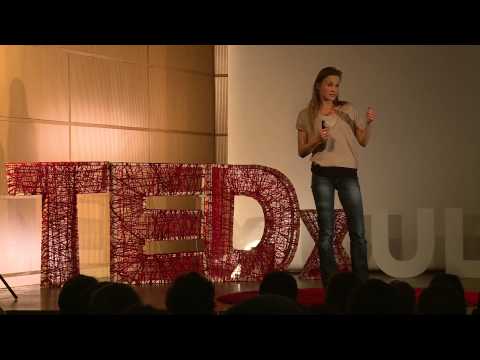 ~ The Story of Phosphorus
Using urine and wood ash (only) is a bad idea as it does have a lot of Potassium and relatively little amount of Phosphorus. It's a recipe for poor quality food. If you combine it with something with calcium and phosphorus like bonemeal.
show more
6 years ago
organic
Soil Test Mehlich 3
If you have pH above 7, then you need to do AA8.2 test. I think it's more expensive, but that's what you need to do. If your pH is below 7 and your soil is not fizzing you do standard Mehlich soil test.

"Given the ability of both the M3 and AA extractants to extract more base cations
than are actually exchangeable, which soil test can be used to extract
exchangeable cations and only exchangeable cations from a high-pH soil? The
answer turns out to be the ammonium acetate test, but only after it has been
modified to have a pH higher than the soil sample being tested.
Ammonium acetate is made by mixing aqueous ammonia NH3 with acetic acid
CH3COOH, the acid found in common vinegar. The pH of the resulting ammonium
acetate solution (NH4C2H3O2) will depend on the ratio of acetic acid to ammonia in
the mixture. If more ammonia is added the mix becomes more alkaline, more
acetic acid makes it more acidic. For soil extractant use the mixture has usually
been made at pH7 or pH7.2. Adding a pH7 solution to a soil of pH >7 will result in
alkaline mineral compounds being dissolved along with exchangeable bases. By
adding more ammonia to the solution, the pH can be raised to 8.0 to 8.5, above
the pH of most agricultural soils. For soils in the 7.0 to 8.0 pH range the
ammonium acetate extractant is commonly raised to pH8.2. This is known as the
AA8.2 soil test."

It depends... Make sure your garden is well irrigated and fertilized, then the distance will lower as teh walnut will not "send" roots far away.

Also think about the area between the black walnut as a place where you will plant different fruit trees (mulberry, seabery, gumi...). Maybe use this area to plant more nitrogen fixers, so you will not have to put as much nitrogen fixers in the area where you want fruit trees susceptible to juglone.
show more
6 years ago
forest garden
Food forest, question about black walnuts
Having fertile soil will go a long way to improve the chance to have anything growing near walnut.

On thing I think is wrong, is to recommend growing tomatoes near walnut. The plant will struggle, and there is a difference between "growing" and giving reasonable yields.
show more
6 years ago
forest garden
Nitrogen fixers in the orchard
Make sure your soil have plenty of calcium and phosphorus, as it will make nitrogen fixing plants more efficient.
show more
6 years ago
forest garden