Planting Romaine lettuce
http://durgan.org/2016/May%202016/9%20May%202016%20Planting%20Romaine%20lettuce/HTML/ 9 May 2016 Planting Romaine lettuce
Eight romaine lettuce plants were placed in the outdoor garden. They are planted in an eight foot row at one foot spacing. Wood chip mulch was used to retain moisture, and to inhibit evaporation from the Sun. These thrive in the garden and grow to over a foot in diameter quickly, maturing all at the same time. The plants were purchased and kept in the greenhouse for 15 days. 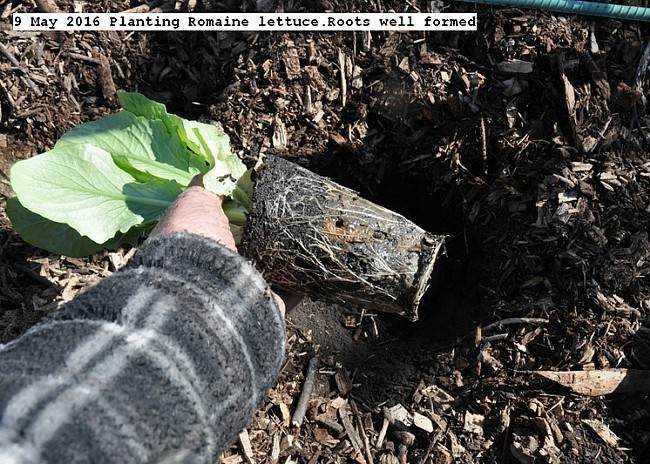 Overhead Tomato Supports
http://durgan.org/2016/May%202016/7%20May%202016%20Mulching%20Tomato%20Bed/HTML/ 7 May 2016 Mulching Tomato Bed
A layer of wood chip mulch about three cubic yards was laid on the tomato bed. The tomatoes will be planted about the end of May. Mulch is used in my case to maintain moisture by inhibiting water evaporation from the Sun. 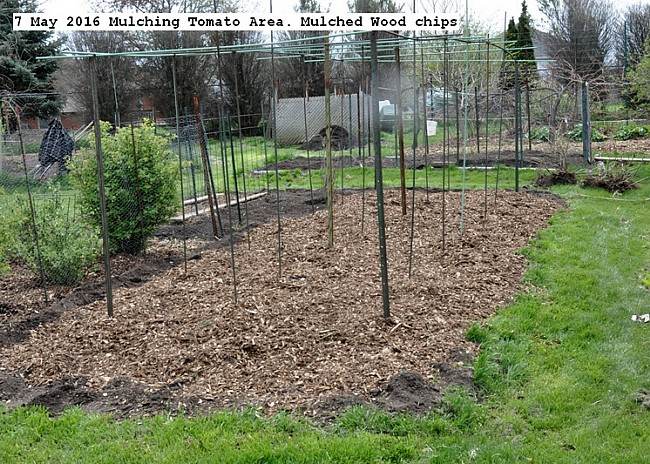 Processing Soy Beans.
http://www.durgan.org/URL/?RPGMQ 29 November 2014 Processing Soy Beans.
One liter of dried soy beans were processed for a breakfast food. Procedure is rinse, boil for about half an hour, rinse again, soak for 12 hours,rinse, cook in pressure cooker for 1.5 to 2 hours. Blend into a slurry, add a bit of molasses for flavor. Store in containers. They will keep in the refrigerator for about ten days before spoiling. I usually store in the freezer to remove the spoiling concern. A bowl is ingested each morning. 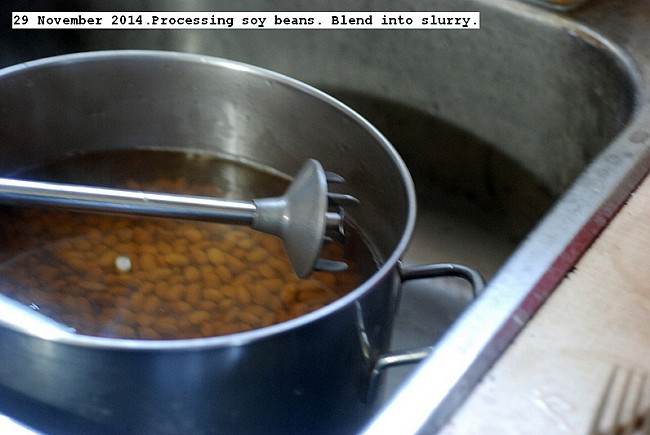 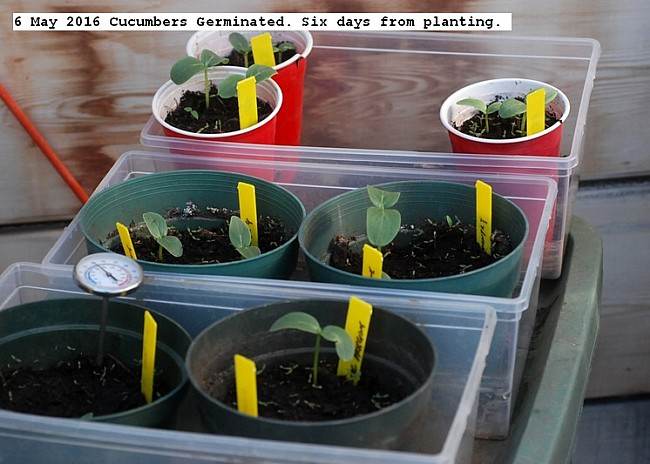 http://durgan.org/2016/April 2016/29 April 2016 Starting Cucumbers/HTML 29 April 2016 Starting Cucumbers
Four pots of cucumbers were started in the greenhouse for transplanting outdoors at the end of May. This gives the plants an early start about a month ahead of planting the seed directly into the ground. Four seeds in each pot two Cross Country and two National Pickling. Cucumber seeds germinate at high temperatures about 30 degrees C. I find planting two varieties improves pollination. I expect approximately 150 pounds of produce over a four week period. When transplanting the roots are not disturbed even if this means cutting the pot open. 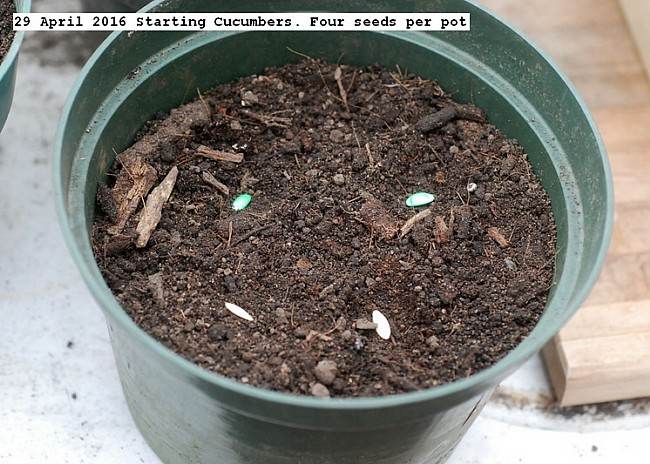 I had three batches of kefir fermenting and getting too much ahead. The three jars were strained and the grain all mixed in one jar, milk added for food, and stored in the refrigerator until needed for a new batch. This will be my seed grains for all future batches. It appears about half a liter per day will meet my requirements. The grains will be a mixture of some from a local supplier and some from a commercial supplier. 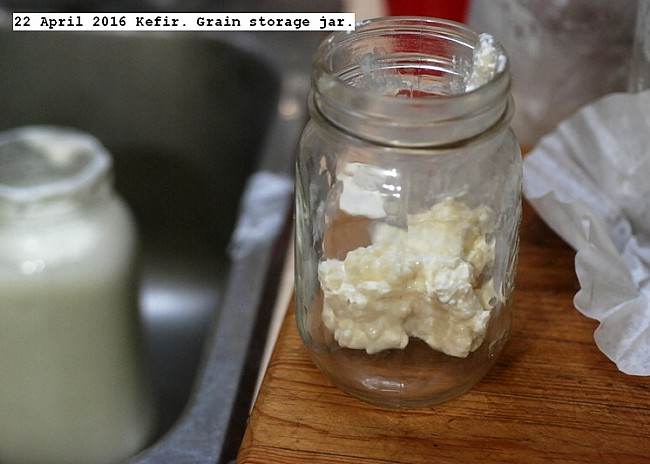 http://durgan.org/2016/April%202016/15%20April%20Kefir%20From%20Grains/HTML/ 15 April 2016 Kefir From Grains
A tablespoon of kefir grains was purchased for $5.00 from a seller off KIJIJI in Kitchener. Apparently these grains are older than God, and will be used for my future seed to make kefir. Milk was added and they were fermented at 25 C for about 20 hours when separation of whey began. The whey was siphoned off and the solid material (kefir) strained to make a drink. The whey was drank. The grains were removed and used to start another batch. Pictures depict the simple process.