Cell Tower Proximity and EMF Exposure
I didn't check your math, but the key point is that you wouldn't be close enough to the tower to be concerned. One way to get a confirming test that doesn't need a specialized meter is to use a cellphone on the network using the tower. My next door neighbor was bummed out when the new tower didn't give him a strong signal even though he was on their network.

As the site you linked says, it's the transmitter in your phone that gives you the strongest EMF.

(I also noticed a misleading statement there:
"IARC (International agency for research on Cancer) declared radio frequency radiation (RFR) to be cancer causing in May 2011. "
IARC merely identifies hazards, that is, things that might cause cancer. Risk depends on exposure. A swimming pool is a hazard; the risk of drowning depends on other factors.)
show more
2 days ago
homestead

M. Phelps wrote:when i did highrise window cleaning i would encounter transmitters which were fenced off on the roof with warnings not to cross.
warnings of dangerous electromagnetic radiation
it was piece work so to get the job done i had to cross that barrier
i set up as quick as possible and got over the edge of the building
it had me thinking on the way down... i hope the persons bed is not in that corner of the room!


As others have noted, the signal strength of electromagnetic radiation (including light) falls off rapidly as you move away from the source (by the inverse square of the distance). The situation you encountered does sound dangerous and should not have been allowed adjacent to any inhabited quarters.

As has also been noted, the cell transmission antennas are directional, and if the antennas had been installed above inhabited space, there would likely be no danger at all. I live in a rural area beyond cable and get my Internet service via wireless "hub" that connects to a cellular network. The nearby tower, less than 500 meters away and just tall enough to need a blinking red light, is visible through the trees. I've put the hub in my second story office, more in the "beam", and get only 3 bars (out of 5).

When the tower was first proposed over a dozen years ago, I helped canvas the neighborhood with a petition to our council to block the application, citing primarily the Precautionary Principle. (I even read a paper on the subject during the petition period.) But the truth is that the level of radiation is so low that the tower poses no hazard -- and has the great benefit of enabling my access to Permies.com! I've also learned about hormetic effects and that humans evolved in a sea of radiation. Holding a cell phone to your head for long periods every day might expose your brain to risky levels of EMF, but I'd have no concerns about your preferred property being the least bit risky, and I doubt any future purchasers would either. 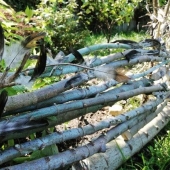 Steps we have taken lately to SAVE THE WORLD

D.W. Stratton wrote:
There is an excellent short film called The Man Who Planted Trees. Well worth a watch.

It's done in a beautiful water color style. Such a heartening story! Makes me want to plant 100 acorns a day for 10 years.


I remember watching it years ago. It doesn't matter that it's fictional, it's still a beautifully presented and heartening story and a reminder of how things are invisibly connected. Although the message is endlessly repeated that CO2 has now become a pollutant, plants love it, and the increase is at least partly responsible for the increased greening of the earth, which should also help raise the water table, as the film emphasizes.
show more
3 weeks ago
conservation
Paul wants help coming up with a different name for rocket mass heaters

Jennifer Richardson wrote:If we could have a do-over, what name would you use instead of "rocket mass heater?"

We got a letter from a very kind supporter who wants us to come up with a "sweet, wimpy name" for rocket mass heaters to make them sound less scary.

Paul also told me a story about an organization who refused to endorse them because they thought they literally ran on rocket fuel.

So if you were rebranding rocket mass heaters, what would you call them?


Maybe it means I'm reckless, but I just found the rocket mass heater name intriguing, which led me to search for more info on both Permies.com and the WWW. Wimpy names are low energy, just the opposite of what RMH technology provides. The clueless organization that refused to endorse them simply revealed themselves as ripe for education. If they learned the truth, they might become a valuable supporter. Converts are often evangelical, aren't they?
A significantly different name would seriously diminish the search results, unless both names were always used -- a tedious and troublesome tactic.
show more
2 months ago
rocket mass heaters
Paul wants help coming up with a different name for rocket mass heaters 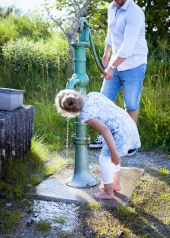 The power goes out. What next?

roberta mccanse wrote:Or will I eventually need an out house?


Well, the rest of that rich description was chuckle-worthy. ☺ As for backup toilet facilities, two that my wife and I used during our early country living were a trench latrine under a simple poly tent and a (smaller than a port-a-potty) outhouse that used a small plastic garbage can (with a lid) instead of a dug pit. There's no need to dig a big hole for temporary use.
show more
2 months ago
personal care

The power goes out. What next?

Timothy Markus wrote:
I've got a 1500W 12V inverter that I can power from my car, though I've never had to use it.  I bought it on sale for half off and it's really the cheapest way I know of to be able to run a fridge, freezer, or furnace fan (one at a time).


I'd recommend testing your setup with each of those powered devices, because 1500W isn't very much. The furnace fan is probably no problem, but there may be a higher starting draw for the cooling devices. My 6500W generator can't handle more than one fridge and a large chest freezer at the same time as the water pump.
show more
2 months ago
personal care 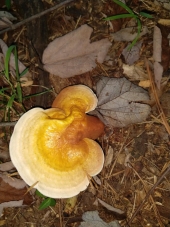 Maple tree must come down

Brian Michael wrote:Do you guys know what would cause the locations where it was limbed to "donut" like that?


It looks like healthy branch collar growth to me. I don't normally see it form such a heavy ring, but basically the tree is scabbing over, "healing" the wound.
show more
3 months ago
trees 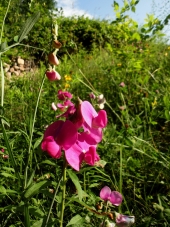 Suggestions for perennial vegetables or fruits?

Marco Banks wrote:
Sweet potatoes and cherry tomatoes might as well he a perennial, the way they continue to volunteer year after year.


Ditto for arugula (I had never heard of the perennial kind mentioned in the original post) and cilantro. It would be a real challenge to get rid of the cilantro, but why would I?
show more
3 months ago
permaculture
Best cordless electric chainsaw recommendations?
I have a couple of EGO tools, a hedge trimmer and a weed whacker, and like them both. Having more than one cordless tool that uses the same battery is definitely helpful, especially when the batteries are expensive, which EGO's are. I considered adding their chainsaw, but the price turned me off. Instead, I have a 40V Greenworks 16" that does a great job and works very much like my 16" Stihl gas-powered saw -- just a bit slower. I had to replace its oiler after a few years (which was a pain), but it's worked well since then. A brushless motor is definitely desirable in cordless tools, giving more power than a similar sized motor with brushes.

This spring I got a Ryobi ONE+ 12" brushless saw (from Home Depot), partly because it uses the same battery packs as my other ONE+ tools. I don't use it for felling full-size trees, but a sharp chain lets it cut like a champ on small trees and limbing.

By the way, I bought a pair of the larger batteries (4 amp-hour?) on sale last year, and one of them conked out this spring. It was on warranty, and Ryobi quickly sent a replacement. (I opened the bad one for inspection and found one cell looked rusty. I don't think I ever got it wet, so it must have leaked internal fluid.)
show more
3 months ago
gear