Lisa Sture wrote:I was in a trade all of oil is a must for any first-aid kit! Kills the horrible list of infections.

How did my post turn out like this!!!
I originally wrote ...."I always keep ozonated olive oil in my first aid kit!"

Ozonated olive oil is soooo powerful and easy to use. It is a biocide and kills all bacteria, much more effective than antibiotic creams.
NOT FOR INTERNAL USE OR TO USE ANYWHERE IT WOULD GET INTO EYES!
show more
1 week ago
medicinal herbs
RMH and british regulations

I've got another thread going for the technical side of my rocket mass heater build, and while I did touch on the legal side, I don't want to get my hopes up in case the legality of an RMH in England is a big blocker. As the house shares a wall with the neighbors, I'd rather not risk doing anything which will invalidate my home insurance in the unlikely event the rocket does burn my house down, as it's not just my neck on the line!

I've seen various folks using rocket heaters in britain, but I've not come across any mentions of the interaction with Building Regulations. From a more general look around the internet, the main concern with any heating system that burns fuel is "Document J", and you can do the work yourself as long as the council's Building Control inspector agrees your stove or heater meets the requirements in the document. Masonry heaters, including bespoke ones, can be signed off, and there seem to be various companies building them.

Home insurers' opinions seem to range from "We won't insure you without a certificate from the council/the registered installer?" to "we won't ask about stove certificats directly, but in the small print it says any fire damage resulting from poor workmanship on a stove or other device using combustible fuel won't be covered". I don't recall having to discuss the existing gas boiler with my insurance when I originally took the policy out while buying the house, and my policy doesn't seem to reference it, so I suspect my insurance provider leans toward the latter end.

Since I made the last post the builder confirmed what I suspected already, which is that the entire extension I'm planning to put the RMH in can't be effectively shored up, and has to come down and be rebuilt. While that completely scuppers any chance of having an RMH built before winter this year, it does offer me the chance to have the folks building the new one include a flue vent in the roof, as well as possibly an air intake point somewhere. The builder will already have building control in to sign off on the new extension, so I may get a chance to ask someone then. I might couch it in terms of a masonry heater, even if the internal section of the bell ends up being steel in my final design.

Thanks in advance!
R

This is something I need to get around to investigating, but isn’t at the top of my list yet - so super interested. We’re in Wales.
show more
1 week ago
rocket mass heaters
Bee Sting Remedies?

Lisa Sture wrote:I was in a trade all of oil is a must for any first-aid kit! Kills the horrible list of infections.


I think that was supposed to be 'ozonated olive oil'!
show more
2 weeks ago
medicinal herbs 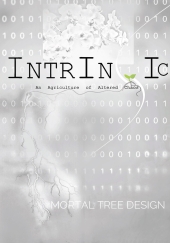 Intrinsic: An Agriculture of Altered Chaos

Luke Simon wrote:The project has over $500 in funding! Thanks to everyone blowing up the stats over there!

Where is your kickstarter page - I can’t see a link …

The kickstarter dated from 2018: https://www.kickstarter.com/projects/1967830234/intrinsic-an-agriculture-of-altered-chaos?ref=project_email

Unfortunately Luke was unsuccessful in raising what he needed. I loved his Mortal Tree 'blog but his climate is too different from mine to be able to use many of his plant suggestions.

Thankyou Nancy, I didn't see the date. It is a shame he didn't make his kickstarter. I would love this book, I think he has an interesting way of looking at things, similar to the revised paradigm on 'weeds', which are now herbs, soil conditioners, nature's mantle or volunteer plants - but bigger. Thanks for your help.
show more
3 weeks ago
crowdfunding

Intrinsic: An Agriculture of Altered Chaos

Luke Simon wrote:The project has over $500 in funding! Thanks to everyone blowing up the stats over there!

Where is your kickstarter page - I can’t see a link …
show more
3 weeks ago
crowdfunding
Bee Sting Remedies?
I was in a trade all of oil is a must for any first-aid kit! Kills the horrible list of infections.
show more
1 month ago
medicinal herbs
Relocation to Portugal - Less taxes, government subsidies, unexpansive land, great weather
Just days before the UK left the EU we were in Portugal and obtained residency within 2 days and a small amount of money.  It is valid for 5 years - so it keeps our options open. We have friends a little further south in Penamacor and Valle de Pleasures. So were considering that area. With the fires this year, it has put us off a bit ...

We are living in Wales and there is a lot more water here, so not so certain of Portugal any more ...

A wonderful country and people who are so welcoming!

How to bring back life into a pond?
I don’t know anything about ponds, but you said you would like kingfishers. Kingfishers burrow into vertical mud ‘cliffs’. They can borrow into them up to 6 feet before they call it a nest. So it’s unlike you’d get kingfishers nesting on your land, but if this is somewhere like this nearby you may will see them around.

I found this discussion very interesting. I look forward to hearing more about your pond and its progress!
show more
1 month ago
ponds