posted 1 year ago
Finally a bit of sun after much cold and rain and sleet and snow. My resident Turkey Vultures were doing their sun salutations this morning, enjoying a chance to soak up some warmth. I often see them sitting like this on top of a tree on a sunny winter’s day, enjoying their Vulture yoga.
03970B24-C55B-4C59-B334-224F85009BA3.jpeg 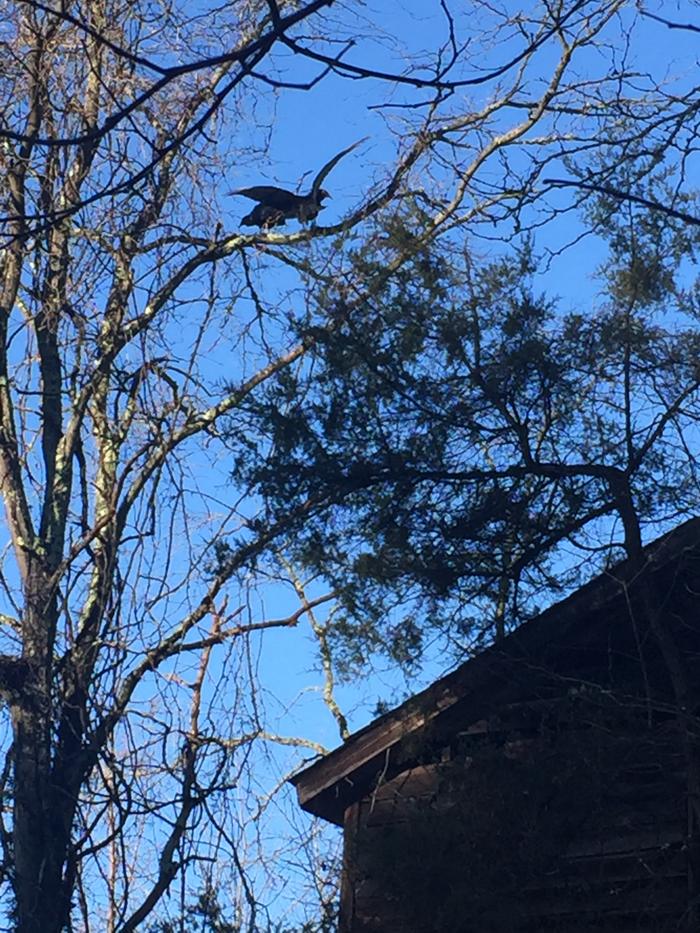 posted 1 year ago
Another photo of my Turkey Vultures defrosting.  For a nasty bird, they sure are beautiful in flight - I love to watch them soar overheard, catching the updrafts, gliding, wheeling, drifting, rarely needing to flap their wings.  I say nasty, but the function they perform is an important one - they clean every last speck of flesh off a carcass is no time, leaving just the carcass.
Vulture-Yoga.jpg 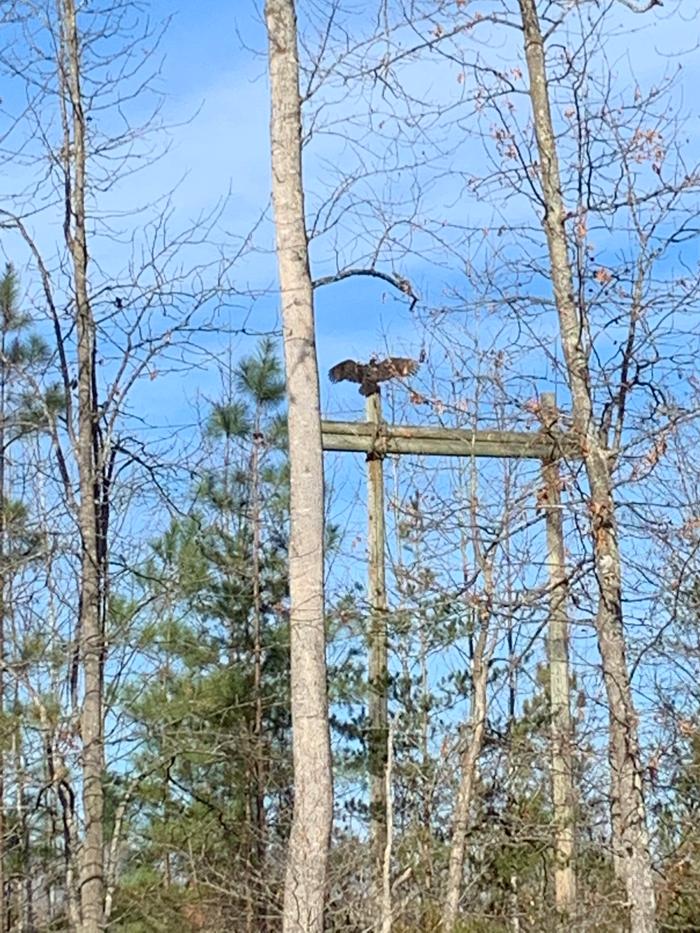 posted 1 year ago
I want to see the vultures do Chaturanga Dandasana, the weird slithery part of sun salutations :)

I have a LOT of turkey buzzards at my property, the best thermal in the area is my pasture, they get their altitude there, and zoom past 6 feet over my head. I love them :) I have on my list of things to learn what do they want for nesting places so I can make sure they have it. I know a big old one nests in a decrepit barn next door. The owner said he was debating removing it and putting up a new barn. I need to figure out what I can offer them for housing. I think they are cool.

posted 1 year ago
They love living in the attic of the old derelict house here, Pearl!  I love watching them catch the thermals - just beautiful.

posted 1 year ago
My favorite "buzzard" is the Black Vulture, who stay here all year.  The Turkey Vultures migrate during the cold season.

We had Black Vulture nest and raise young in a huge brush pile behind our house when we first moved here.

Dale Hodgins
Posts: 9002
Location: Victoria British Columbia-Canada
671
posted 1 year ago
I did some tree work for a yoga teacher. He asked if I do yoga, and I told him, no.

An hour later, I was standing on a post, similar to where your bird is, on one leg with the other leg stretched out behind me, to balance the weight of the pole saw. He informed me that , I do in fact do yoga, I've just found a way to get people to pay for it.

It's always funny when birds or squirrels arrive without noticing that I'm up there. They seem to really get startled. A peregrine falcon definitely saw me, but that didn't stop him from landing on a nearby butt that I had just cut off, to eat his pigeon.

Ravens can be quite vocal with their displeasure, if you do tree work too close to the nest. Crows can be major assholes, guarding a piece of territory for no apparent reason. I've had them knock my hat off.

posted 1 year ago
Tyler, in the “learn something new every day” category, your post prompted some research, and it turns out that we have both Turkey and Black vultures here as well - had been assuming they were all turkey vultures all along!

I think both types may migrate, but not as far as the northern vultures do - some of both species just stick around.

Interesting fact - while the turkey vultures have an excellent sense of smell, the black vultures apparently do not, and rely more on eyesight or turkey vultures to find their next meal!

Thanks for the expanded understanding today, Tyler!